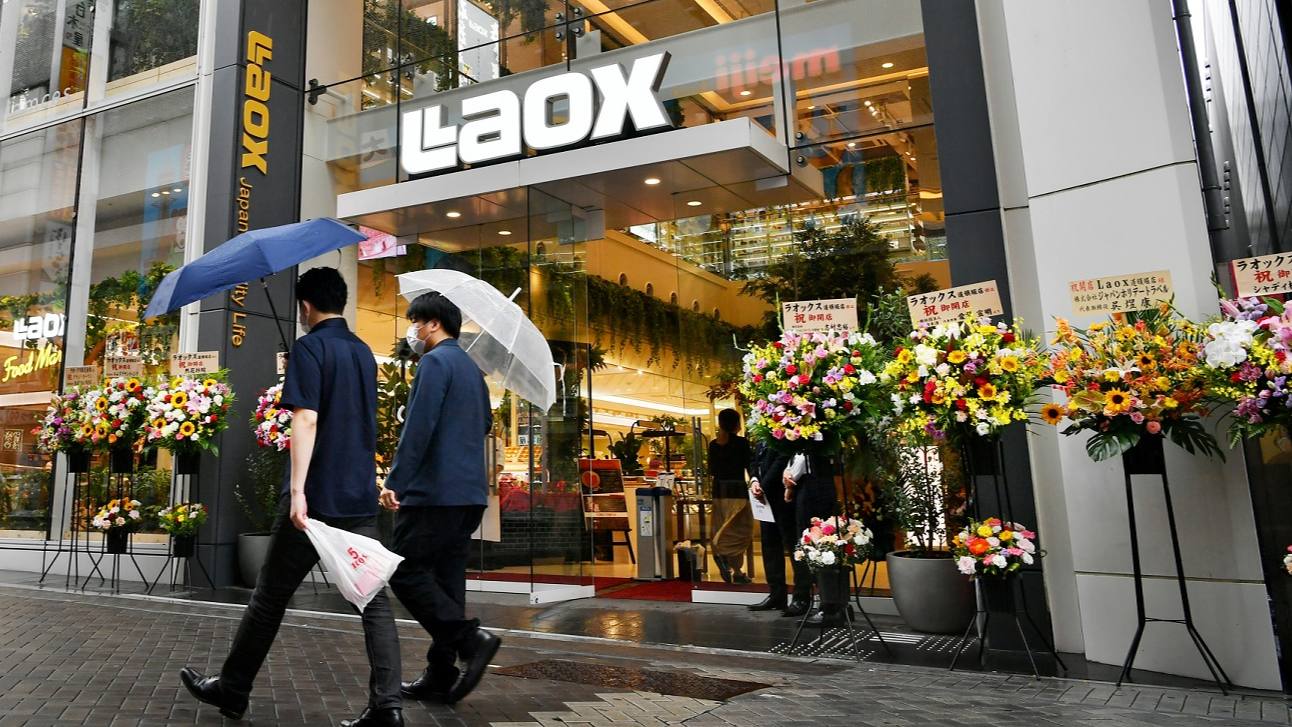 The coronavirus-induced travel slump has forced Laox to rethink its business model, such as a focus on food at a recently opened branch in Osaka.  (Photo by Toshiki Sasazu)
SHUMPEI SAKAI, Nikkei staff writerJuly 29, 2020 02:28 JST | Japan
CopyCopied

TOKYO -- Duty-free store operator Laox will close half of its locations in Japan, the company said Tuesday, seeing no recovery on the horizon from a plunge in Chinese, South Korean and other Asian tourists.

The 12 stores marked for closure include locations in Fukuoka, Hokkaido and Okinawa. Some of the shops had been shut temporarily in response to the coronavirus outbreak.

The news adds to the list of cutbacks in Japan's service sector during the pandemic, from restaurant closures to the bankruptcy filing by a major apparel brand.

Laox, whose parent is Chinese retailer Suning.com, once thrived by catering to Japan's crowds of visitors from China and South Korea. Inbound tourist spending accounted for around one-third of its revenue. But the coronavirus-induced travel slump has forced the chain to rethink its business model.

The company in June outlined an early retirement program equivalent to about half of its staff, not including subsidiaries. This followed an announcement on job cuts in February. After the store closures, Laox plans to focus more on products geared for Japanese consumers, such as food.

Laox reported a net loss of 1.9 billion yen ($18.1 million) for the January-March quarter, compared with a 1.4 billion yen loss a year earlier.