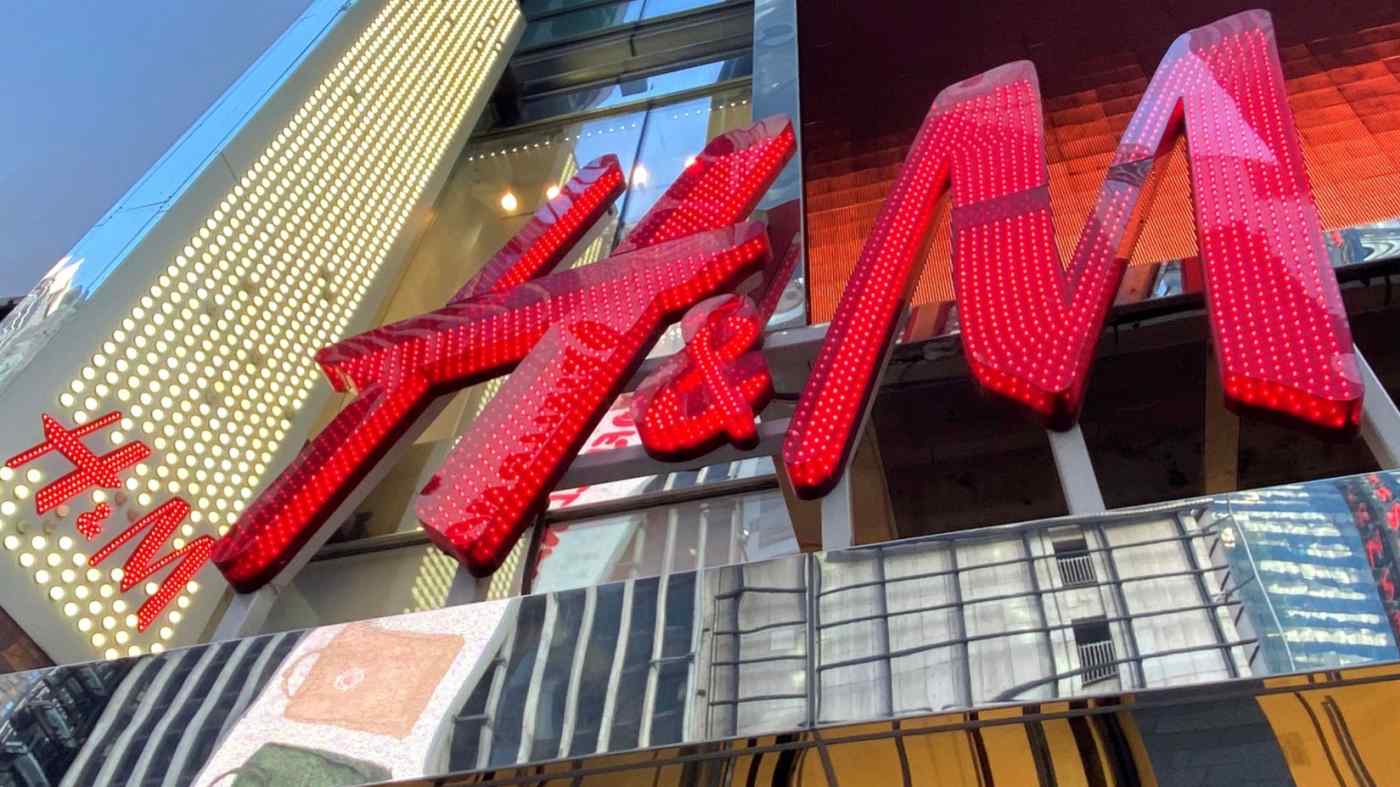 BEIJING (Reuters) -- At least one Chinese online retailer appeared to drop H&M's products amid social media attacks on the Swedish company for saying it was "deeply concerned" about reports of forced labor in the farwestern region of Xinjiang.

The European Union, United States, Britain and Canada on Monday imposed sanctions on Chinese officials accusing them of human rights abuses in Xinjiang. China retaliated with sanctions on European lawmakers and institutions.

H&M had previously said in a statement it was "deeply concerned by reports from civil society organizations and media that include accusations of forced labor" and that it did not source products from Xinjiang.

Activists and some Western politicians accuse China of using torture, forced labor and sterilizations of Uyghur Muslims in Xinjiang. China denies the accusations, says it is providing vocational training and that its measures are needed to fight extremism.

It was not immediately clear why an old statement from H&M, which media had reported last year, about the cotton-producing region was back in the public eye.

H&M's official store on Alibaba's Tmall, an e-commerce platform, was not accessible on Wednesday. The official People's Daily reported that searches for H&M products on platforms JD.com and Pinduoduo no longer showed any results. Reuters was unable to determine if such products were previously available.

Alibaba, JD.com, and Pinduoduo did not immediately respond to requests for comment.

China is H&M's fourth-biggest market with sales of 2.9 billion Swedish crowns ($339 million) in the 12 months through November 2020.

In another post, the League referred to remarks made by China's top diplomat, Yang Jiechi, at a combative meeting with his U.S. counterparts last week in Alaska, where, referring to various U.S. actions, he said the Chinese people "won't swallow this".

Actor Huang Xuan said on his official Weibo social media page he had terminated his contract as a representative for H&M, saying he opposed "slander and creating rumors".

H&M also said in its original statement it would phase out its relationship with a Chinese supplier accused of forced labor.

A graphic in a commentary from the official CCTV that slammed the company for its stance said that "H&M you are no longer at all fashionable".

Some people on Weibo called for H&M to leave China and for a boycott.

"It is so shameless to smear Xinjiang and we don't buy your products," one person said.

H&M China said it respected Chinese consumers and that it was committed to long-term investment and development in China.

H&M does not source cotton directly from any supplier, it added.

"H&M Group has always managed our global supply chain in an open and transparent manner, ensuring that our suppliers worldwide comply with our sustainability commitments such as the OECD Guidelines for Responsible Business Conduct and do not represent any political position," it said in a statement.

The editor-in-chief of the state-run Global Times newspaper, Hu Xijin, urged Western companies to be "highly cautious" and not to "suppress China's Xinjiang".

To do so, he said in a social media post, would "undoubtedly arouse the anger of the Chinese public". He did not single out any companies.