How burgers taught a vendor to sell to Japan's budget fashionistas 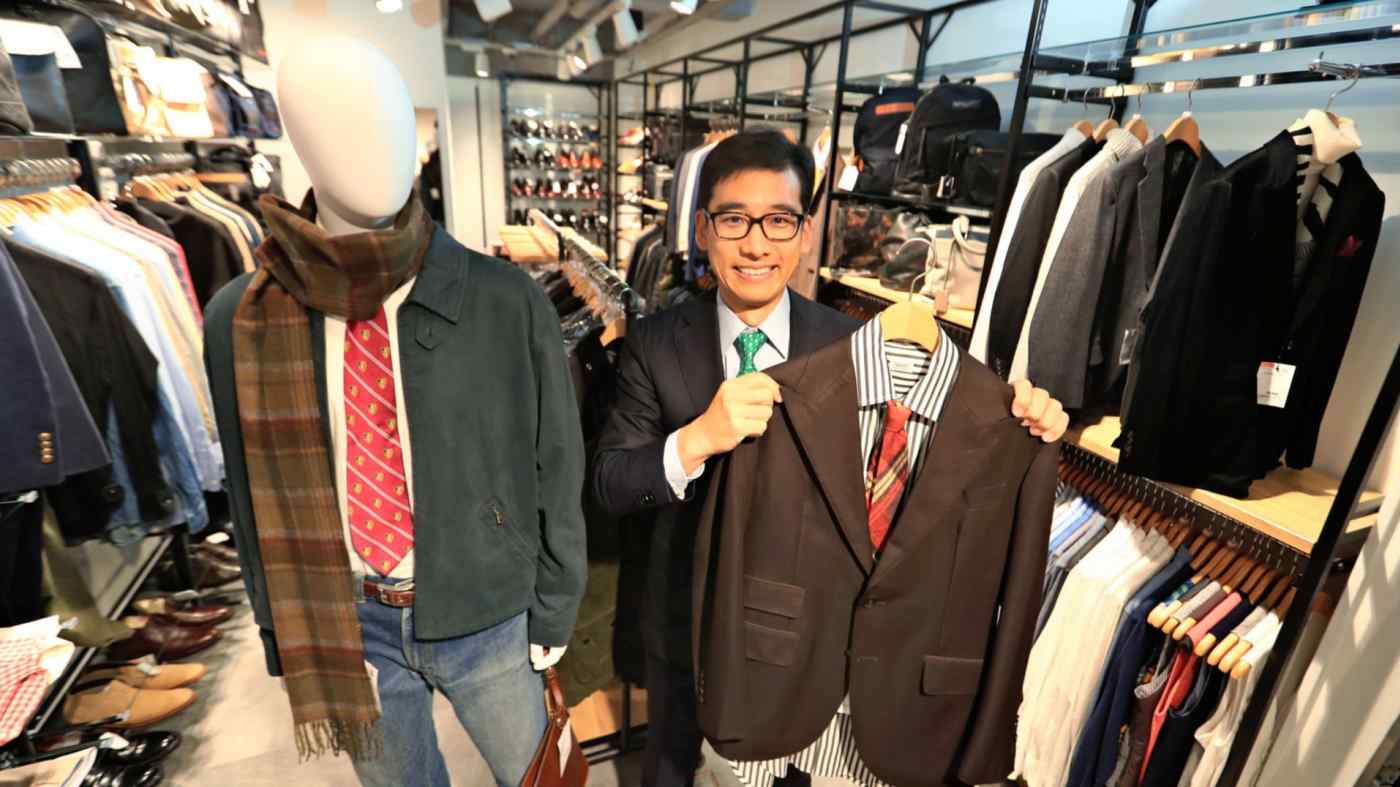 The apparel company specializes in reselling name-brand clothing at steep discounts. What gave birth to the concept was Endo's days working at a McDonald's, where he saw customer after customer order half-price burgers.

Over the past decade, 2nd Street has tripled the size of its domestic chain to roughly 660. Last month, the company said it will open 70 new outlets this fiscal year, surpassing the previous year's count by 29.

Endo, 42, has no qualms about expanding despite the impact of the coronavirus pandemic on the retail sector. If a choice building is available, 2nd Street will consider opening a store there, goes the thinking.

The company has a major following among Japanese teens. One teenage girl at the flagship store in Tokyo's Harajuku district cited the chain's bargains. Used name-brand clothing can be purchasedat discounts as large as 80% of the original price.

"After looking at a bunch of stores in Harajuku, I buy at 2nd Street," said the teen.

Endo believes secondhand goods will thrive in the new normal as consumers tighten their purse strings and focus even more on price. 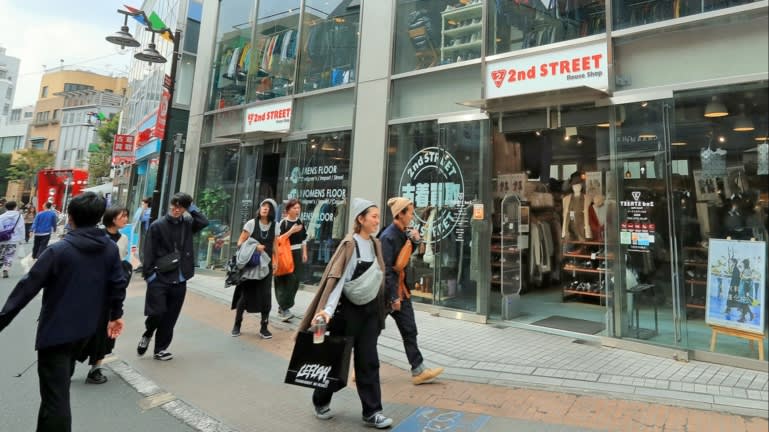 There are roughly 660 2nd Street stores across Japan. (Photo by Makoto Okada)

The company is no stranger to slumps. Geo acquired the chain in 2008, the year the global financial crisis hit. Not only has 2nd Street expanded, but internet auctions and flea market apps have taken off as well.

"After going through a stagnation, the idea of smart consumption has proliferated, in which it is cool to save with used goods," said Endo.

Although he admits he is not a fashion expert, Endo built the business around the idea that "if you provide quality goods at low prices, customers will definitely come."

That philosophy dates back roughly two decades, when Endo was fresh out of college. Back then, Geo was known as a big name in DVD rentals. Now it operates more than 1,200 Geo Shop media retail stores across the country.

Endo's father, Geo founder Yuki Endo, laid out a condition for his son to join the family business.

Den Fujita, the founder of McDonald's Japan, grew his business at a time when hamburgers had yet to make it mainstream in Japan. This was accomplished by offering value-priced meals at a rapidly growing network of restaurants.

Yuzo Endo joined McDonald's in 2000, an era of deep deflationary pressures in Japan marked by life-or-death competition in the restaurant industry.

McDonald's started offering hamburgers at 65 yen (60 cents) on weekdays, or half the regular price. Endo, stationed at a busy restaurant in Tokyo's Shibuya district, was witness to daily lines of customers.

"Selling quality products at a low price is the secret to business," Endo said to himself. 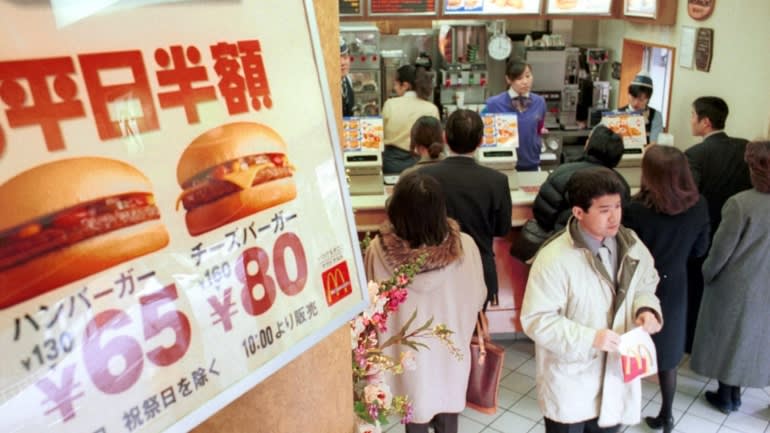 After about a year, Endo was hired at Geo, where he put the philosophy to work. The group started renting out high-value items at affordable prices. Then it got into selling secondhand brand clothing. For the year ended March 31, the reuse business accounted for 21% of group sales, or triple the figure a decade earlier.

However, the COVID-19 pandemic is creating barriers to growth. Throughout Japan's emergency order, 2nd Street remained open. Hours were cut, and stores handed out masks and hand sanitizer.

Although he was prepared for a drop in customer traffic, "I wanted to answer consumer demand for converting goods into cash, and also protect the jobs of employees," said Endo.

But the decision to remain open drew rebukes on social media. "Why is a used-clothing store open in these times?" asked one poster.

While Endo believes the criticism is in good faith, he sees it as evidence that "the reuse business has still not become part of the societal infrastructure."

There is also the risk that some customers will shun pre-owned goods out of concerns about the virus. Endo and his belief that secondhand businesses are recession-proof will be put to the test.