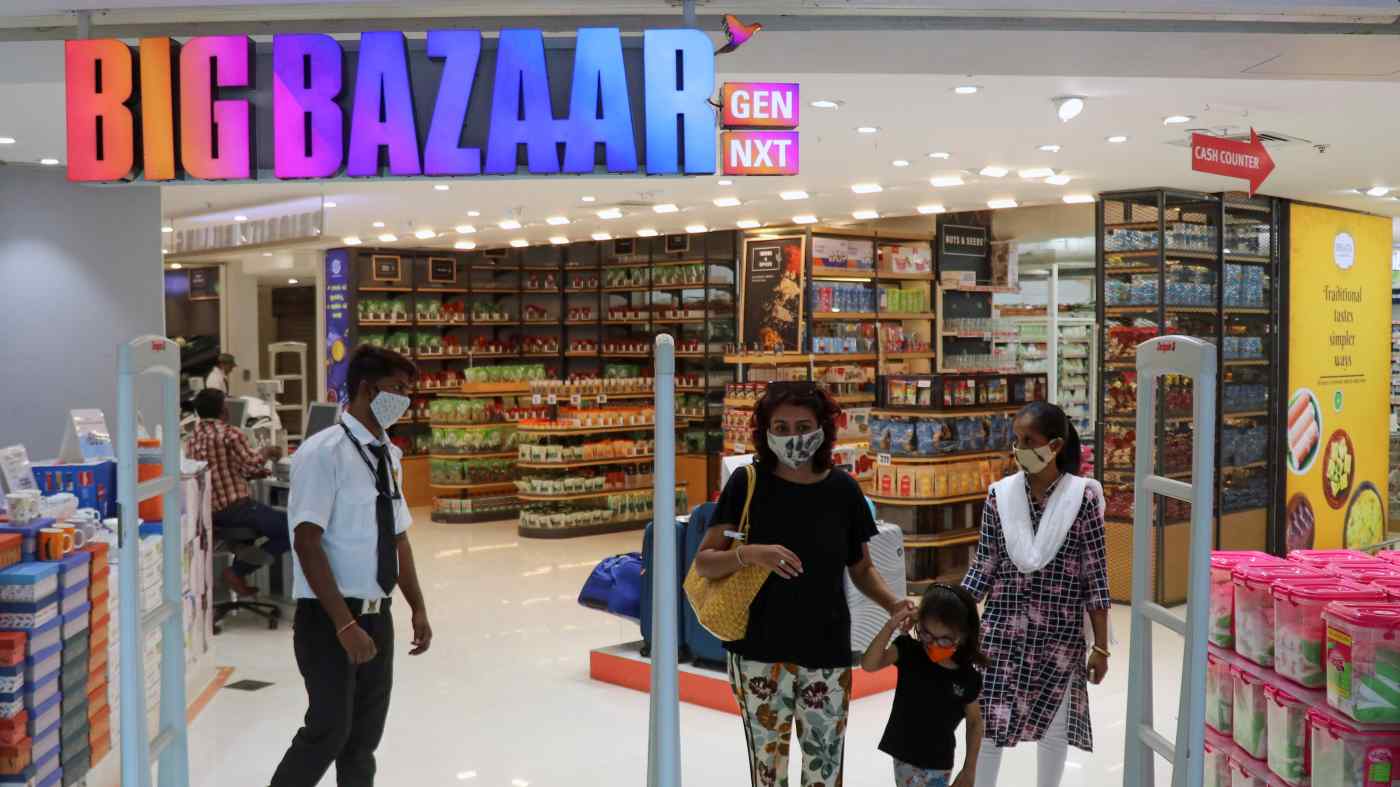 The decision is a setback for Future, which agreed to sell its retail assets to rival Reliance last year.

U.S. giant Amazon has since been locked in legal disputes with Future, alleging the Indian firm violated contracts by selling its assets. Future denies any wrongdoing.

The outcome of the ongoing legal dispute is expected to shape India's retail landscape and determine who will take the top spot in the fast-growing groceries market.

Amazon last month asked the High Court in New Delhi to enforce the decision of an arbitrator who had put the Reliance deal on hold. Future has maintained it was not bound by that order.

Ruling on Amazon's request for an interim relief, Justice J. R. Midha said an immediate order was necessary to protect Amazon's rights, adding that the arbitrator had "rightly proceeded" against Future.

"This court is of the clear view that the (arbitration) order ... is enforceable," he told lawyers for Amazon and Future during the hearing held via video conferencing.

"All the concerned authorities are directed to maintain status quo with respect to all matters," he said.

Indian stock exchanges last month cleared Future's deal with Reliance, in spite of Amazon's requests to regulators to block it.

Another approval was pending from the National Company Law Tribunal, but two people involved in the Delhi court case said that process will now be stalled.

Amazon, Future and Reliance did not immediately respond to a request for comment.

Future, India's second largest retailer, has previously said the Reliance deal is critical to its survival.