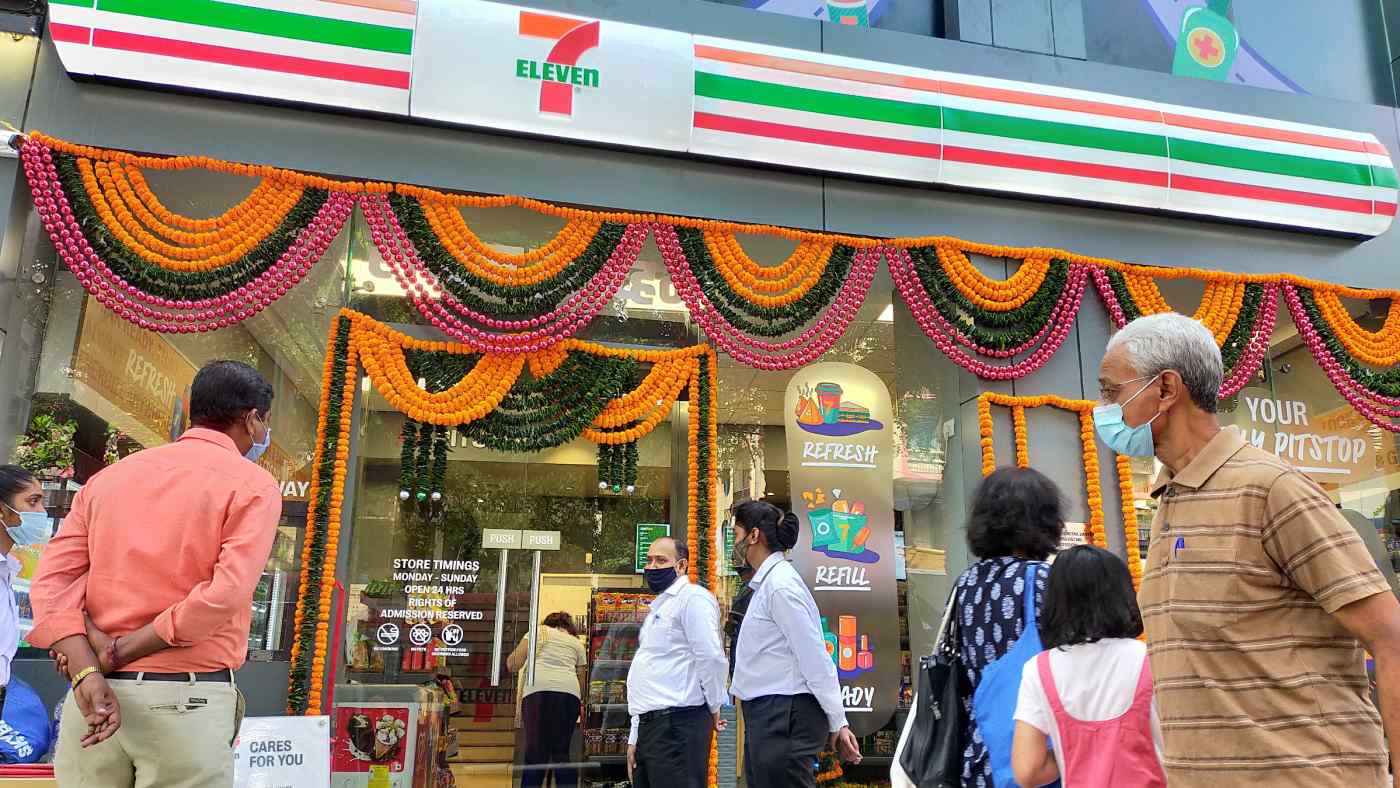 MUMBAI -- The first 7-Eleven convenience store in India launched on Saturday in Mumbai, with plans calling for more locations mainly in the nation's second-largest city.

Indian conglomerate Reliance Industries group entered into a franchise agreement with 7-Eleven, the U.S. unit of Japan's Seven & i Holdings.

"India is the second-largest country in the world and has one of the fastest-growing economies. It's an ideal time for the largest convenience retailer in the world to make our entry into India," said 7-Eleven CEO Joe DePinto.

The Seven & i group had initially planned to open convenience stores in India with local retail giant Future Group, but their franchise agreement ended on Tuesday without any stores opening due in part to Future's earnings slump. The new partnership with Reliance was announced on Thursday.

The new store features snacks, beverages and other food items as well as everyday goods such as shampoo. The offerings appear to be geared toward local consumers, as such Japanese staples as rice balls could not be seen.

"The 7-Eleven stores aim to provide shoppers with a unique style of convenience, offering a range of beverages, snacks and delicacies specifically curated to appeal to local tastes, along with refill of daily essentials, having affordability and hygiene at its very core," Seven & i said in a statement.

Writing on the doors indicated that the store is open 24 hours, but business hours will be from 7 a.m. to 11 p.m. for the time being because of the COVID-19 pandemic.