Embattled retailer reportedly looking to move away from sports 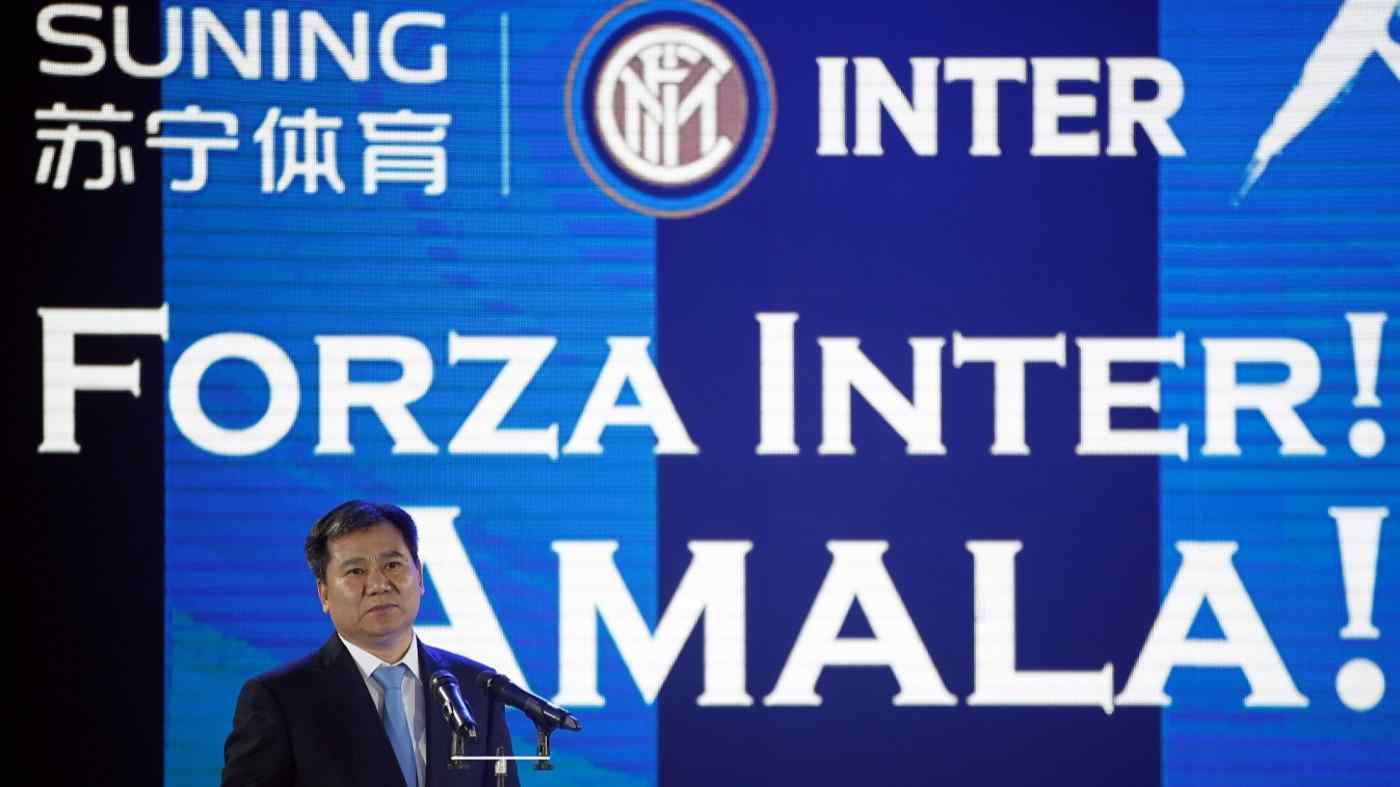 SHANGHAI -- Chinese retailer Suning.com, the owner of Italian Serie A leader Inter Milan, will sell 23% of its shares to several state-owned investors including Shenzhen International Holdings, hoping to tap the logistic company's expertise to escape a downturn exacerbated by the coronavirus pandemic.

Suning will unload part of the 40% stake held by founder Zhang Jindong and group companies for 14.8 billion yuan ($2.29 billion), according to a company statement. Zhang will continue to lead operations as it works toward recovery.

Suning has expanded aggressively, such as by acquiring Japanese duty-free store operator Laox and buying the Chinese operations of French supermarket chain Carrefour in 2019.

But its dogged pursuit of scale has backfired in recent years, with the pandemic exacerbating its woes. Suning is currently shutting down a large portion of its brick-and-mortar appliance stores. Preliminary results announced Saturday placed the company's net loss for 2020 at 3.9 billion yuan, a stark turnaround from a 9.8 billion yuan profit the year before. A Suning.com employee piles up boxes at a logistics center in Nanjing: The company's aggressive push for scale has backfired recently, especially amid the coronavirus pandemic.   © Reuters

The retailer also announced Sunday that it will cease the operations of Jiangsu Football Club, the defending champions of the Super League, China's top professional soccer league.

Suning bought the team in December 2015, several months before it purchased a majority stake in Inter Milan.

Suning is looking to sell the team, but wants the new owners to take over its debt as well. Jiangsu may be forced to disband if no buyer can be found.

Speculation is also growing over the fate of Inter Milan, the prestigious Italian soccer club that Suning paid around 270 million euros for.

China's official Xinhua News Agency quoted sources in a Monday report saying Sunning "is in financial trouble and it will pivot its business away from sports."