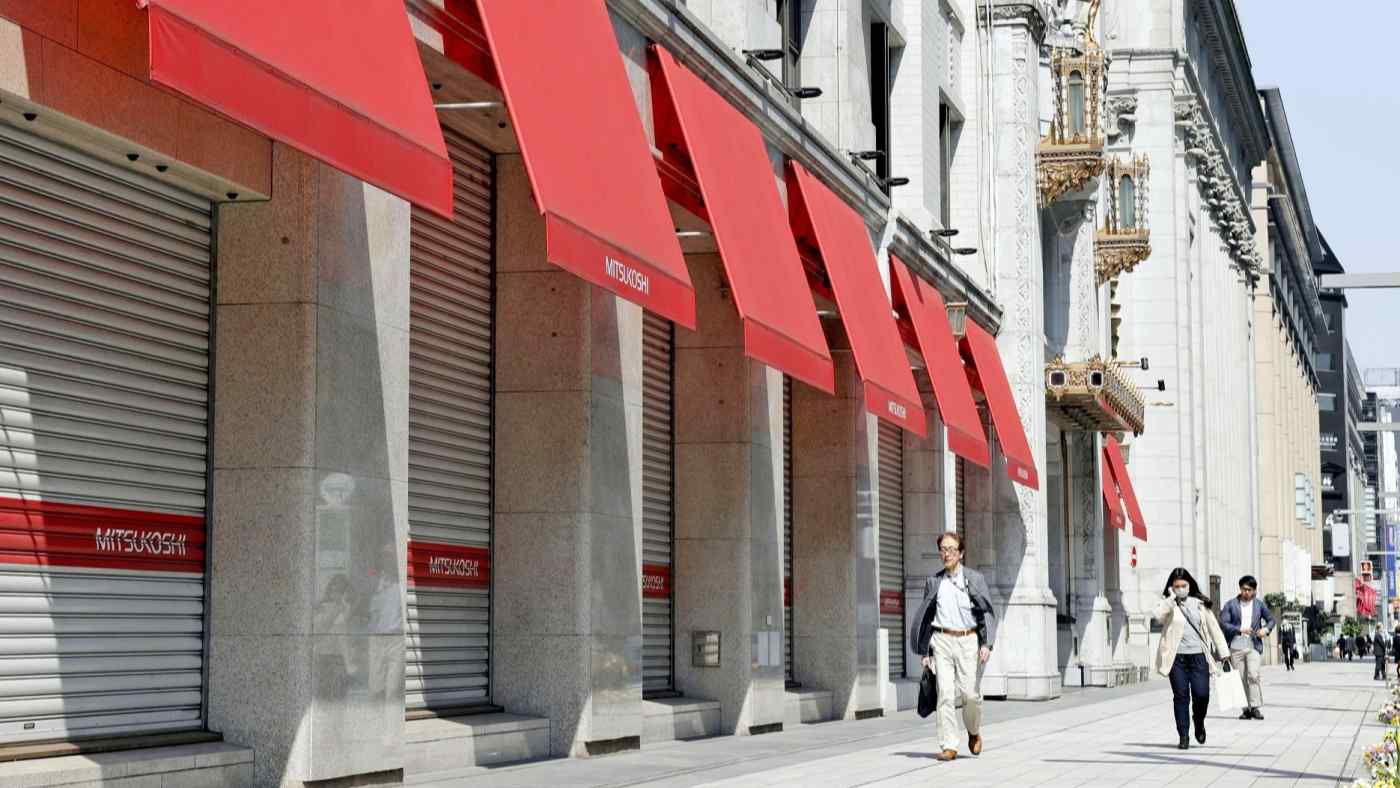 Isetan Mitsukoshi has closed some of its outlets due to the coronavirus outbreak in Japan.   © Kyodo
TOSHIHIRO SATO, Nikkei staff writerApril 27, 2020 02:01 JST | Japan
CopyCopied

The retailer faces an operating loss of 5 billion yen to 10 billion yen ($46.5 million to $93.1 million) for the quarter, compared with a 3.7 billion yen profit a year earlier.

Revenue likely dropped 20% on the year to about 240 billion yen. Sales at Isetan Mitsukoshi's domestic outlets declined 7% in January and 16% in February as the outbreak began discouraging consumers from making shopping trips. Sales plunged 40% in March, when Japan intensified efforts to keep residents in their homes.

Many of Japan's department store operators close their books in February. Isetan Mitsukoshi's March year-end amplifies the pandemic's impact on the company's earnings.

For the fiscal year ended in March, Isetan Mitsukoshi's operating profit is expected to drop 50% to about 15 billion yen. The company had projected a 32% decrease to about 20 billion yen.

The retailer faces continued headwinds in the new fiscal year. Many of Isetan Mitsukoshi's stores closed due to the outbreak, and it is unclear how quickly customer traffic will recover even when they reopen.

But the company has been working to expand its cash reserves. It holds over 70 billion yen in cash and is negotiating with banks to receive additional financing, looking to ensure an adequate supply even if revenue remains greatly reduced for a year.