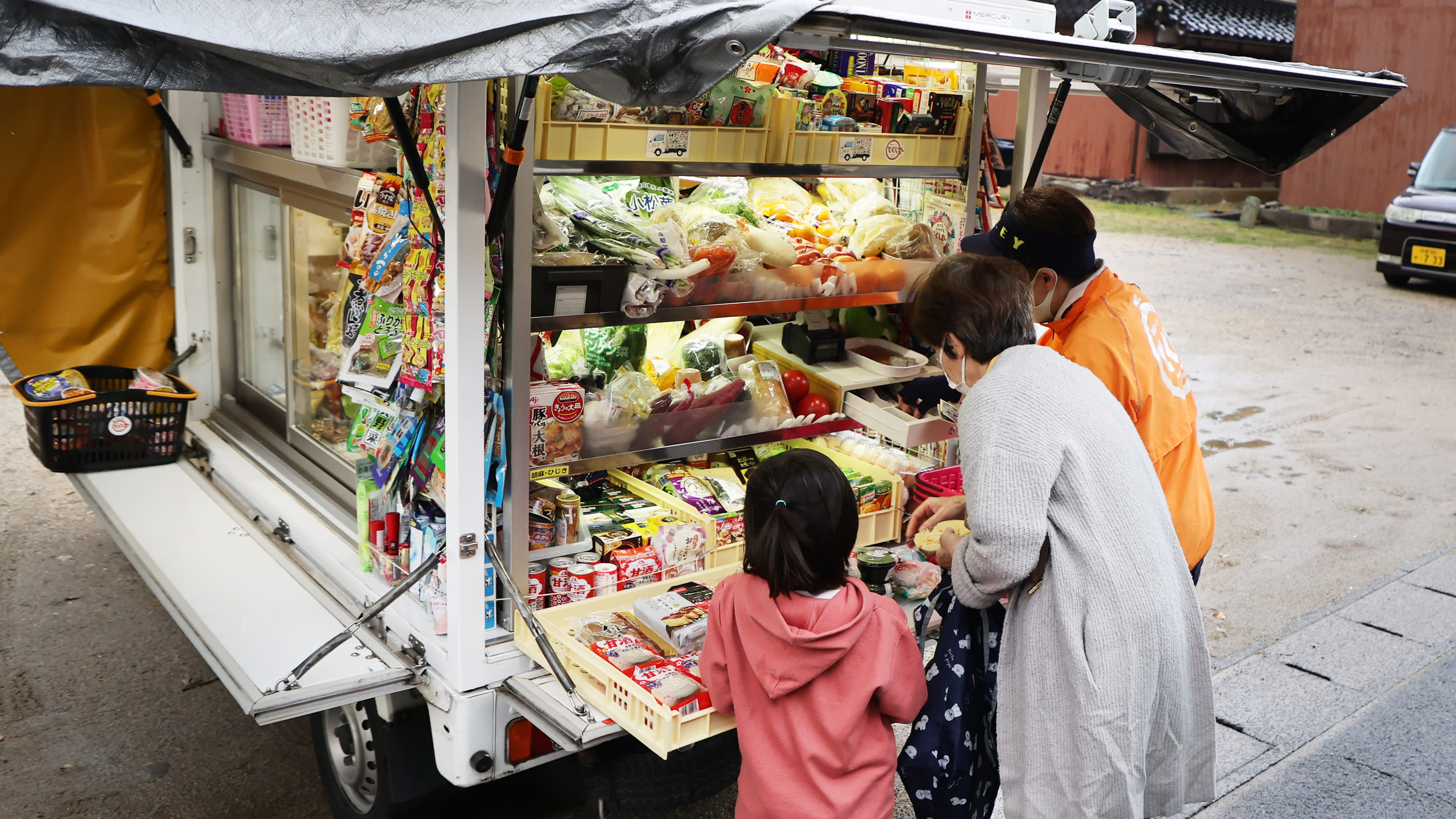 TOKYO -- Japanese retailer Ito-Yokado will start a nationwide mobile supermarket business as early as 2022 as it responds to the pandemic and stay-at-home consumers, Nikkei has learned.

The big general merchandiser will base delivery trucks at around 100 stores across the country. The trucks are intended to alleviate a weakness of online stores, which cannot offer consumers the opportunity to pick up and inspect a product before buying it.

Each truck will be able to carry 1,200 items in 450 categories, including fresh foods, frozen foods and daily sundries. A shipping fee of 10 yen (a tad less than 10 cents) will be added to the price of each item.

The new business will be launched in partnership with mobile supermarket operator Tokushimaru. The Tokushima Prefecture-based partner will provide the trucks and its expertise, while Ito-Yokado employees will drive the trucks and sell the goods. Routes will be based on door-to-door surveys of potential customers who live in residential areas outside of Ito-Yokado's business areas.

Ito-Yokado began trial runs of the grocery trucks in April and as of December had placed 16 trucks at 14 stores. The retailer plans to expand the number of stores to 100, more than 70% of all of its stores, as it expects demand to grow. The business will target seniors who refrain from going out and people living in sparsely populated areas.

Ito-Yokado, part of Seven & i Holdings, Japan's second-largest retail group by sales, is also looking to conclude an agreement with municipalities so that delivery personnel can help to watch over isolated elderly people.

For big retailers, mobile supermarkets are relatively easy to operate as the selection of goods can flex with demand. They are also cheaper to run than physical stores.

Since supermarkets mainly sell perishable goods, the business does not lend itself well to online sales. But grocery trucks can solve this problem.

It is likely that more competitors will enter the field.