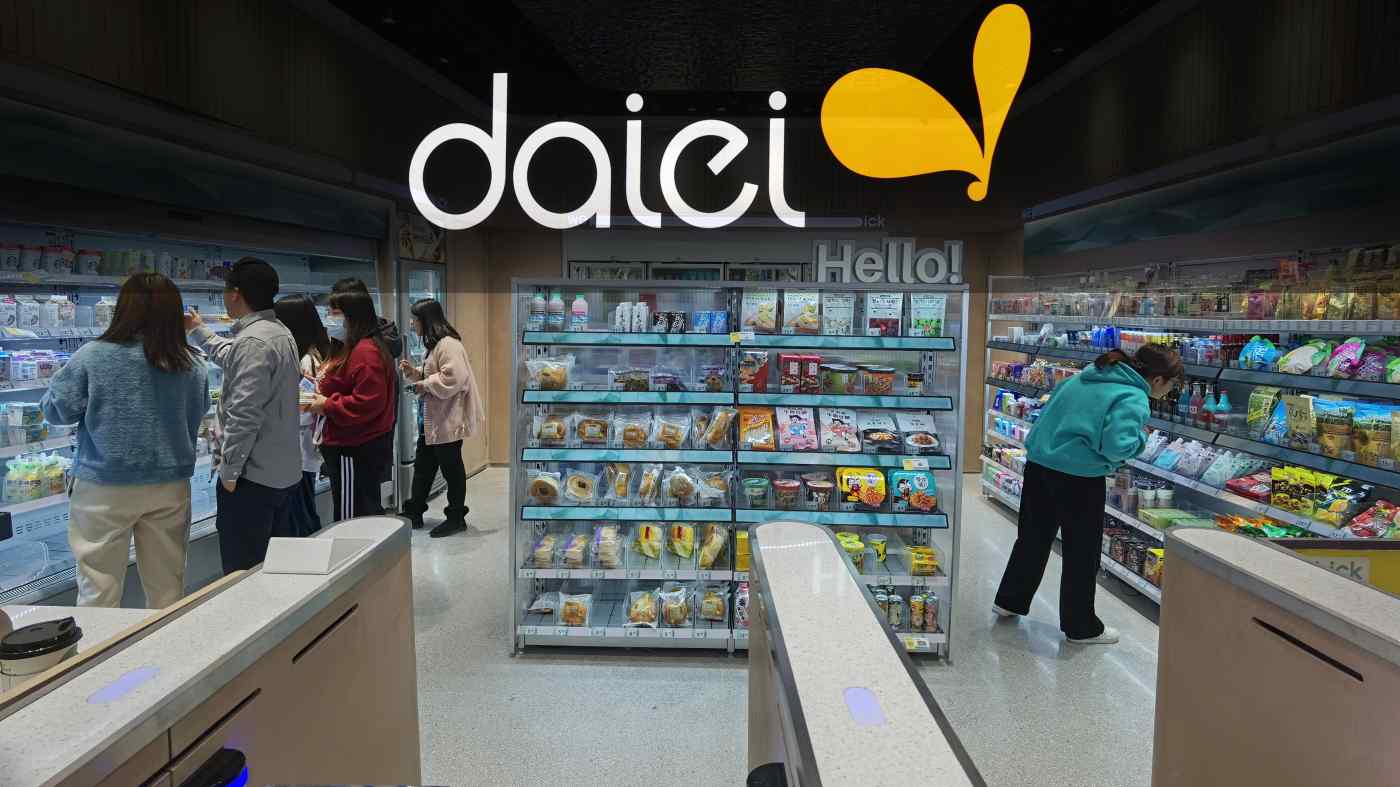 TOKYO -- Supermarket chain Daiei, an affiliate of Japanese retailer Aeon, will open an unmanned store in Tokyo this summer in collaboration with Chinese startup Cloudpick, Nikkei has learned.

Daiei will open the first store in Tokyo's Koto area, before possibly rolling out to other area. The shelves in the store will be stocked by staff, but there will be no cashier. Shelves in unmanned stores, such as Amazon.com's Amazon Go, are equipped with cameras and sensors that can detect when customers pick up a product and charge them automatically.

The cost of opening Daiei's store is expected to be around 30 million yen ($271,800) per 100 square meters, roughly on par with one that is staffed. However, Daiei's is substantially cheaper -- more than 50% -- compared with unmanned stores already in existence, which is about 150 million yen to 200 million yen for 200 sq. meters. The company is able to keep costs low as it plans to equip the store with fewer sensors.

Daiei's store will employ artificial intelligence to analyze data and improve accuracy. Such data will be stored and analyzed in Japan.

Daiei would be working with China's Cloudpick, which was founded in 2017 and has provided its technology to about 130 unmanned stores in 11 countries.

Japan's retail industry is over-reliant on human labor, which has kept productivity low compared with other sectors that have moved toward automation. According to the industry ministry, labor productivity in the retail sector was 4.98 million yen in fiscal 2018, less than half that of the manufacturing sector. Digitization has been a major issue, partly due to the high cost of implementation.

The trend toward unmanned stores has been led by China and the U.S., where Amazon Go opened in 2018, but COVID-19 infection risks has accelerated Japanese retailers' move in that direction. The retail sector has also been struggling with labor shortage on account of a shrinking and ageing population.

Kasumi, another retailer under the Aeon group, has worked with Fujitsu to open an unmanned store. High-end supermarket Kinokuniya, FamilyMart and Touch To Go, an affiliate of East Japan Railway, also have teamed up to launch such a store.