Department stores call it quits as customers shift to discounts 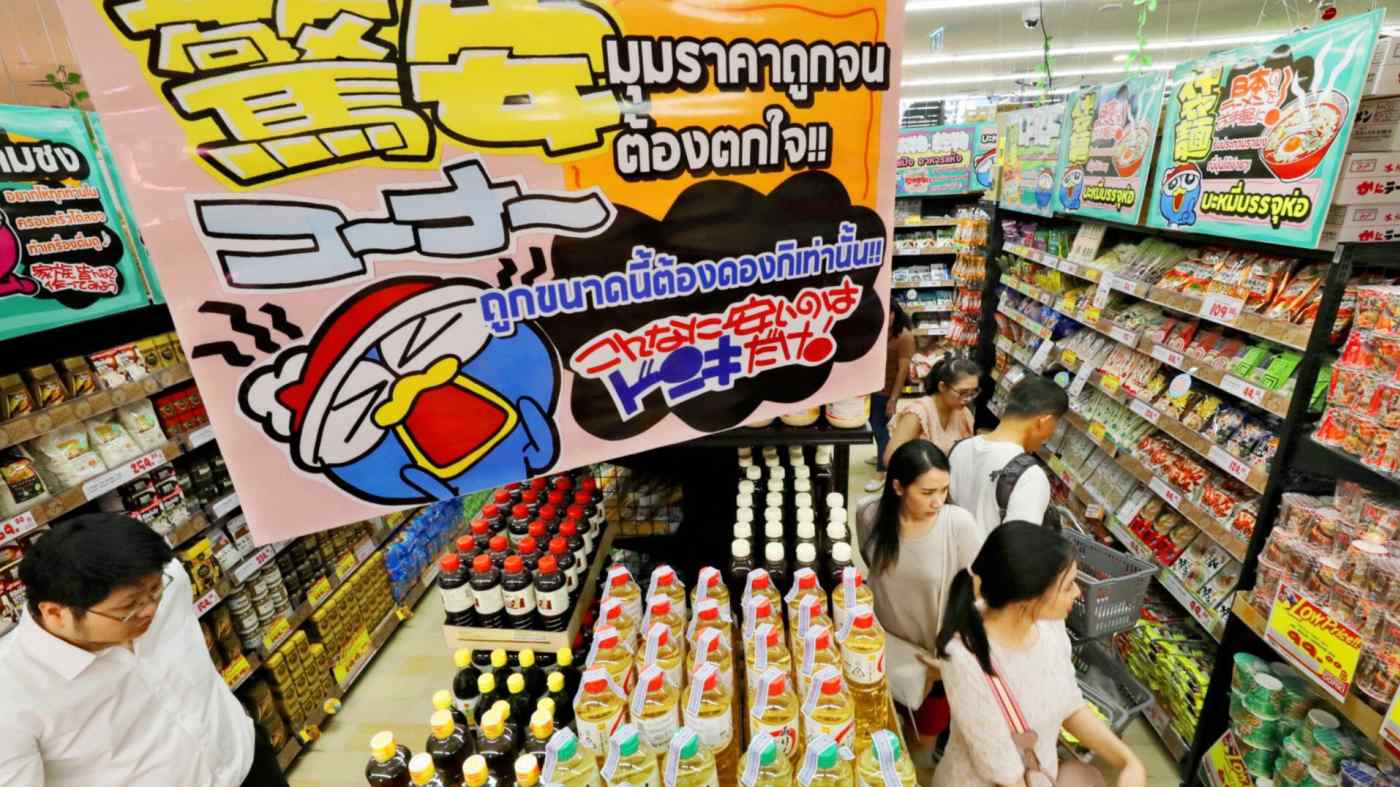 BANGKOK/TOKYO -- Across the street from a Isetan Thailand department store that recently shuttered after nearly three decades in business in Thailand's capital sits a Don Don Donki, the offshoot of Japanese discount giant Don Quijote.

Inside, the store is buzzing. Shoppers are greeted with the bouncy background music that also echoes through the widely popular shops in Japan, known for selling everything from fresh food to rugs and designer watches.

"I come here whenever I want to buy Japanese things," says a 65-year-old local resident. "The prices are also comparatively reasonable."

While many Japanese department store rivals have lost favor with local demand, Don Quijote is preparing to expand not only in Thailand but across Southeast Asia.

After 28 years in business, Isetan Thailand department store closed its doors for the final time on Aug. 31. The Japanese parent Isetan Mitsukoshi Holdings decided to pull out of the six-story landmark due to poor customer traffic.

The department store business is similarly dire throughout Southeast Asia. Isetan turned in two consecutive years of net losses in Singapore through fiscal 2019. This March, the company shut down its store in the city-state's Jurong East district.

The Japanese department store rush in Southeast Asia began in the 1980s. At the time, the adage was that quality merchandise will sell regardless of price. But that logic is no longer practical.

For example, Bangkok's Isetan used to sell apparel that cost twice or three times as much as it did in Japan.

The clothing prices "are very unreachable for the Thai middle class," says an industry insider. "Along with other products, they are focused too strongly on the affluent."

But Don Quijote has avoided that misstep. Ever since the Don Don Donki, operated by Don Quijote's parent Pan Pacific International Holdings, opened in March across the street from the Isetan department store customers have brought their families in tow to check out the wares.

Don Don Donki is Pan Pacific's choice for Southeast Asian expansion. The first store launched in Singapore in December 2017. There are now eight in the city-state.

Inside the Bangkok Don Don Donki, merchandise is packed tightly at one of the unmistakable chaotic "jungle" displays.

One display sells ice cream-shaped snack bars, Giant Caplico, for 13 baht (41 cents). Otherwise, most of the products are priced around 50% higher than what can be had in Japan. Yet the product lineup, from fresh food to cosplay gear, generally matches what is found at an original Don Quijote.

Pan Pacific plans to use the Southeast Asian business as a springboard to increase overseas revenue by nearly tenfold to 1 trillion yen for the fiscal year ending June 2030, up from 115.1 billion yen from the most recent fiscal year.

This expansion strategy of marketing Japanese products in a Japanese package does not stray far from what the department stores have employed. But some factors give Don Quijote an advantage.

One is the rapid shift in taste toward lower prices for Southeast Asian consumers. Although the middle class has expanded in the region, the novel coronavirus has tightened purse strings.

Unlike Japan, Southeast Asia is home to a young population. Half the residents in the region last year were younger than 30, according to U.N. estimates. These market conditions have dealt a blow to expensive department stores. 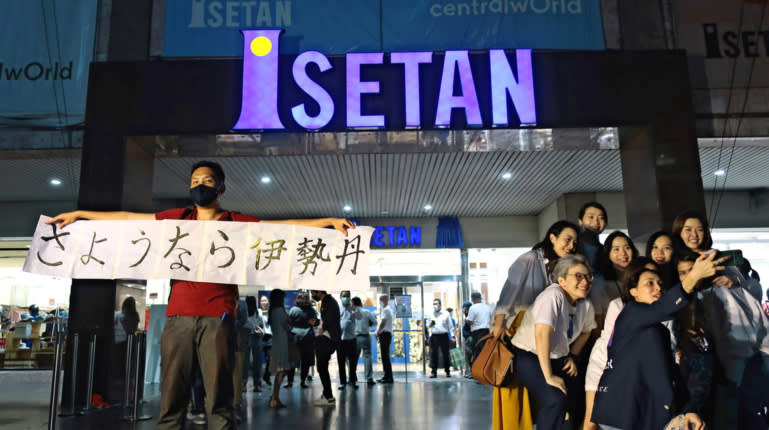 Bangkok's Isetan used to sell apparel that cost twice or three times as much as it did in Japan. (Photo by Marimi Kishimoto)

"Although Japanese merchandise has a good image, the appetite for low prices is becoming stronger among consumers amid the economic downturn," says Jiratha Aganidat, founder of Thailand's Shining Consult, who has done extensive research on the retail industry.

This trend has been reflected in major local retailers too. Central Group, Thailand's retailing leader that oversees over 70 department stores, has been opening shopping malls along with domestic peers. Over a four-year stretch through 2019, sales at Singaporean department stores have consistently underperformed the previous year, and revenue in Malaysia has been lackluster.

Don Quijote has also received a boost from Japan's recent tourism boom. The chain had been a go-to place for foreign visitors, spawning legions of fans in Southeast Asia.

"Because they can't travel [to Japan] because of the coronavirus, it appears there are many customers who go to local outlets to get a feel of Japan," says a Thai economist.

Don Quijote's strengths lie in its near-labyrinthine stores with its colorful product displays that convey a sense of surprise.

There is currently no prominent discount retailer that can take on Don Quijote. But that does not rule out looming competition in the retail arena.