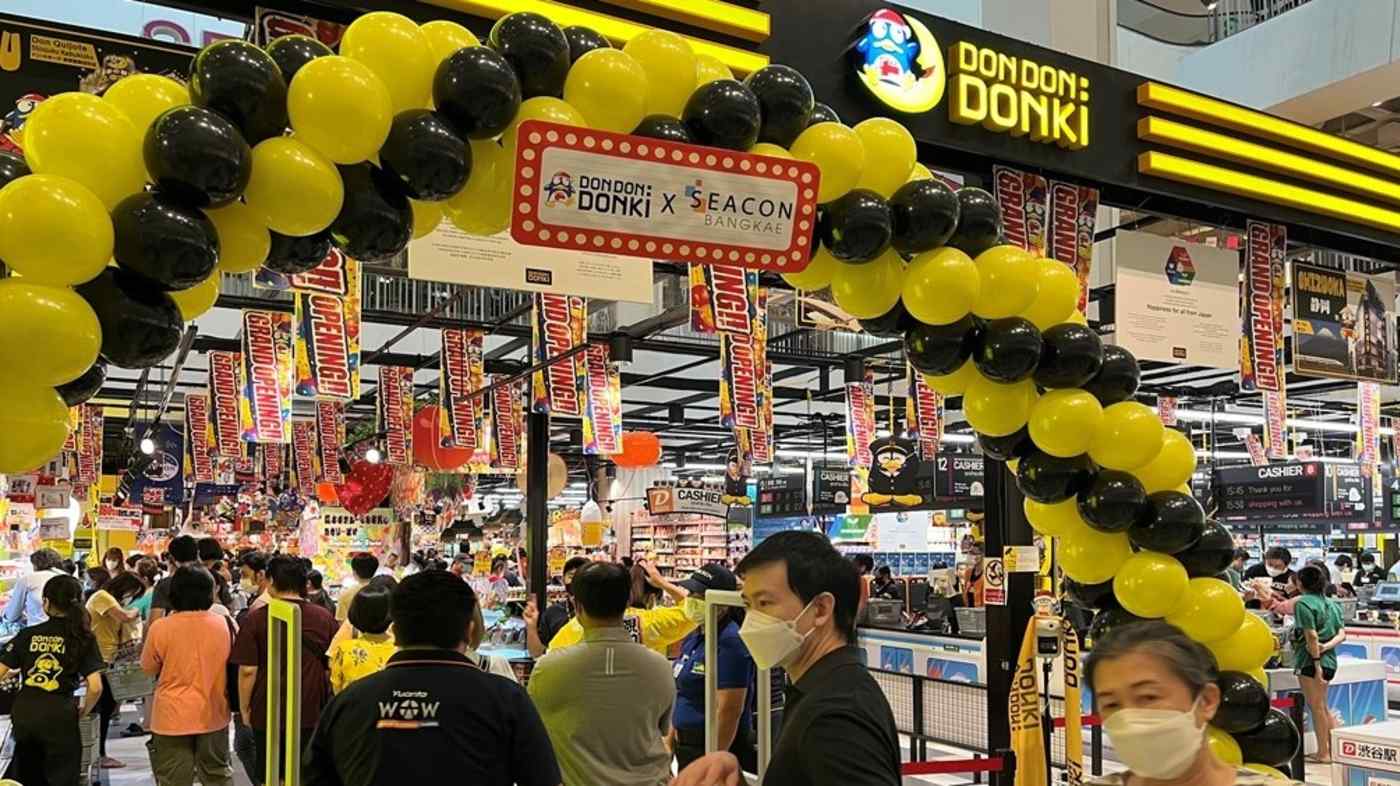 The other Thai outlets are mainly in central Bangkok. The chain operator Pan Pacific International Holdings opened this store in the western outskirts of the capital, looking to attract locals in addition to tourists.

The new store, on the first floor of Seacon Bangkae shopping center, occupies 1,720 sq. meters. It offers around 12,000 items such as food and cosmetics, which are stacked and placed in a maze-like layout similar to the Don Quijote stores in Japan.

The store features a newly established space for selling Japan-imported fruit tarts and fruit sandwiches made with high-end bread.

Pan Pacific previously announced plans to increase its number of stores in Thailand to 10 by 2024.

Yosuke Shimanuki, president of Donki Thailand, said during an event commemorating the opening that the company wants to "promote stores that would be used on a daily basis, even in market areas with many locals."