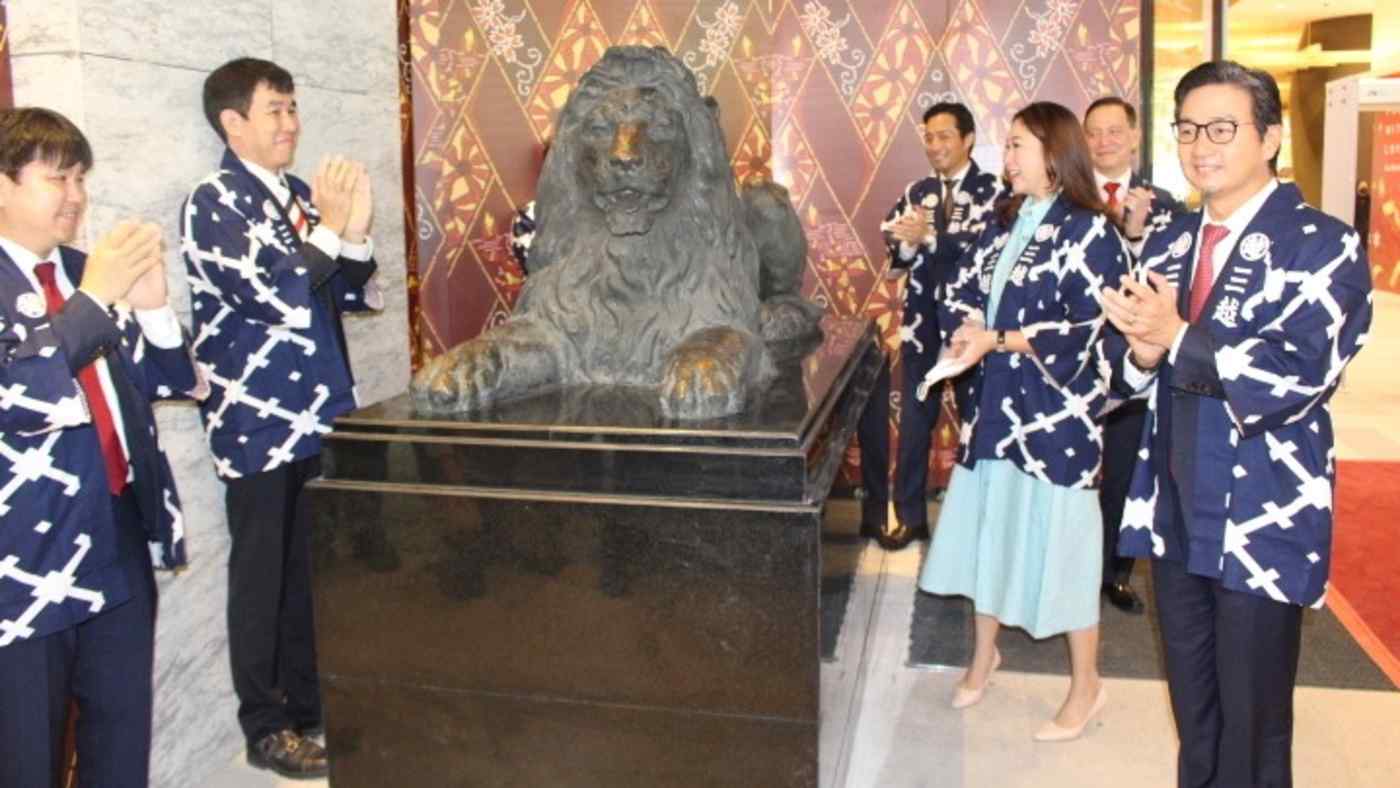 MANILA/TOKYO -- Mitsukoshi, Japan's high-end department store chain, has rebranded itself in the Philippines as a mass-market shopping mall in an attempt to find a business model that works in Southeast Asia.

Parent company Isetan Mitsukoshi Holdings held a ceremony Thursday, unveiling an iconic Mitsukoshi Lion statue in front of Mitsukoshi BGC, a new flagship shopping center in Manila. The location, the first for the company in the Philippines, opened Friday.