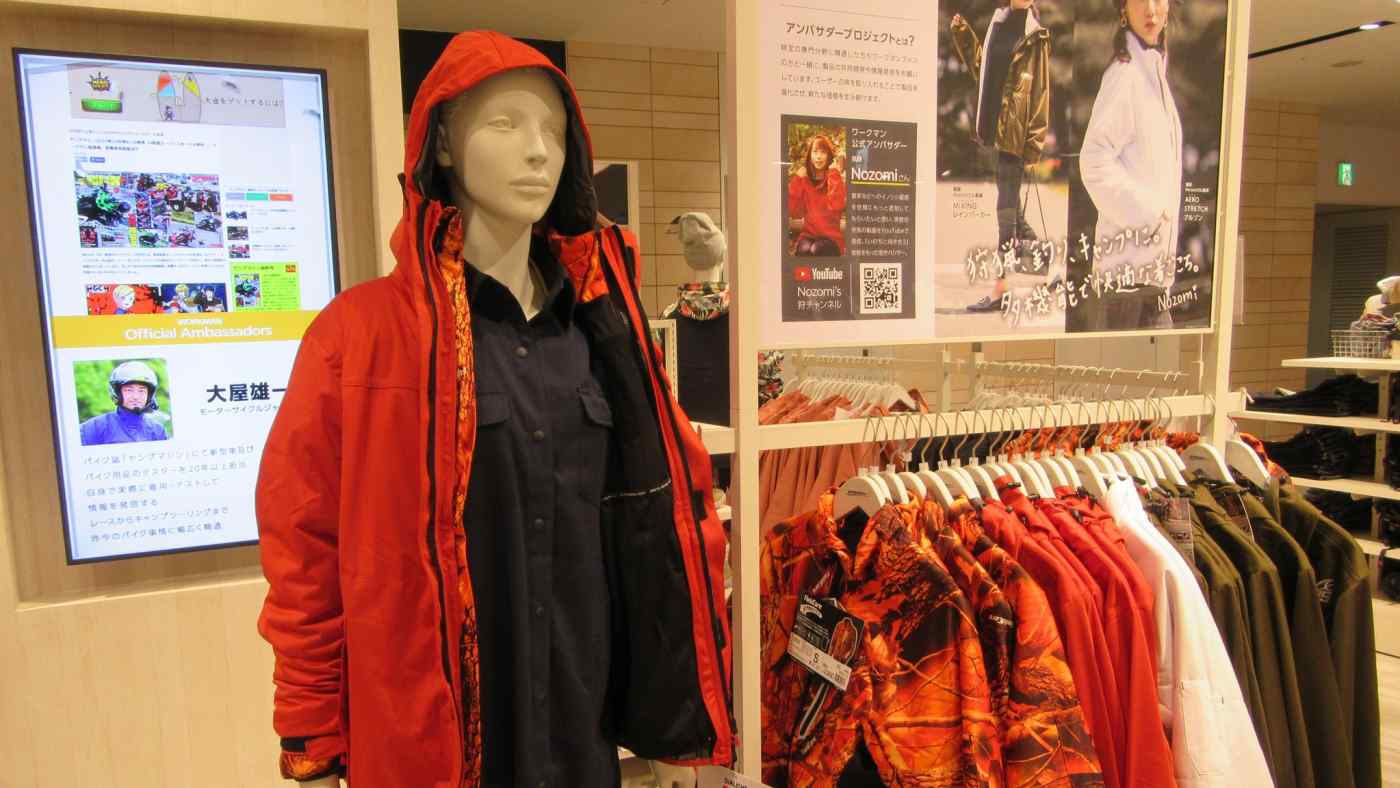 TOKYO -- Workman, a Japanese vendor of blue-collar work wear popular among trendsetters, looks to more than double its store count to 2,000 by 2040, bucking the apparel industry's downturn to become one of the largest players.

Workman aims to open 60 stores a year, with plans to increase the number of shops specializing in outdoor clothing for women to about 900. The company also will open more Workman Plus locations, which sell both work uniforms and outdoor apparel, targeting a total of 200 stores.

No new shops are planned for the regular Workman chain, which sells only work-site clothes.

The retailer operated 880 outlets nationwide at the end of August, topping casualwear seller Uniqlo's 813. A network of 2,000 stores would rival that of Shimamura, which boasts the largest sales chain. The company has steadily gained fans by focusing on low-cost, functional apparel.

Workman had limited its growth to one store per area with a population of 100,000. From 2021, it will loosen this policy to one location per area of 50,000 people. The coronavirus pandemic has reduced rents, lowering store-opening costs, the company said.

Existing-store sales have risen for 38 straight months, stretching human resources at those shops. Having more stores nearby will ease the burden.

Workman is based in Isesaki, a city of about 200,000 people north of Tokyo. Ninety-five percent of its stores are franchises. Workman will ease the current rule of granting franchising licenses only to married couples to let siblings operate stores together.

As the pandemic limits opportunities in the restaurant industry, interest in Workman is growing among would-be store owners. The company sees a chance to secure entrepreneurs 40 and younger, who tend to be fashion-conscious and adept at using data for merchandise management.

The apparel industry as a whole faces headwinds. Oneworld Holdings plans to shut roughly 700 locations during fiscal 2020, and World also decided to close about 300 stores. Pandemic-spurred bankruptcies in the apparel industry reached 101 as of Dec. 11, according to Teikoku Data Bank.

The pandemic-induced apparel slump could shake-up the industry by elevating those that can keep up with changing consumer habits.