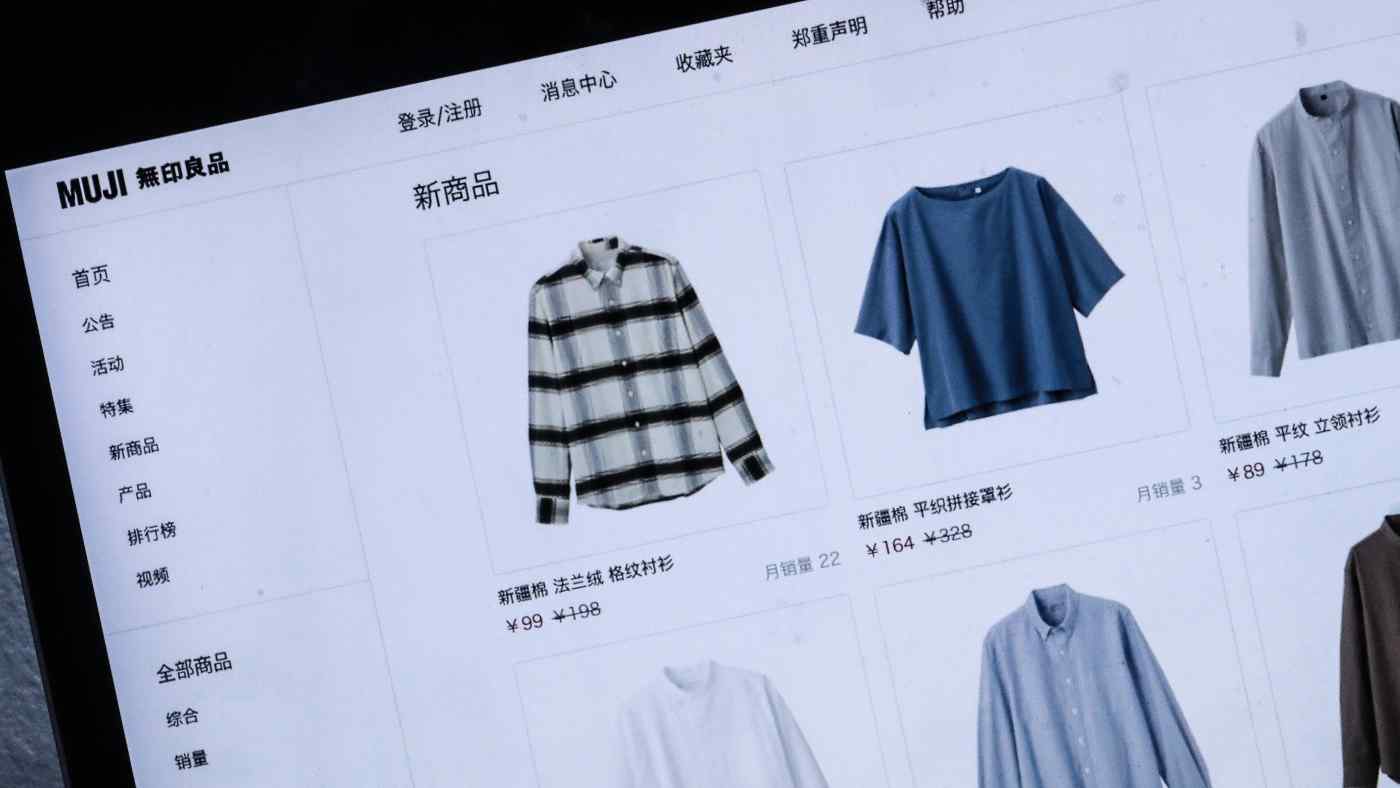 SHANGHAI/TOKYO -- Japanese fashion retailer Muji is continuing to carry products made with Xinjiang cotton, separating itself from other foreign brands that are avoiding the cotton and are facing boycott calls by Chinese social media users.

Ryohin Keikaku, the company that operates Muji, has "conducted due diligence on companies in Xinjiang that are indirectly involved in the supply chain" on top of the usual monitoring practices for its direct suppliers, a spokesperson told Nikkei Asia in a statement on Thursday.

The investigation was done by an independent auditing body, based on the U.S. government's Xinjiang Supply Chain Business Advisory and guidance issued by the Organization for Economic Cooperation and Development and other institutions and governments, the statement said.

"We have been paying attention to recent reports about racism on ethnic minorities and forced labor in Xinjiang, and have deep concerns," it said.

The company's Chinese website featured an apparel line called "Xinjiang cotton" at the top of its "new products" section on Friday. It is not clear if Muji is using Xinjiang cotton for clothes sold in Japan and other countries, and the company did not respond to a question on that issue from Nikkei.

Shares in Ryohin Keikaku fell 6.8% on Friday morning in Tokyo, suggesting investors fear the company could be affected by the fallout, although in afternoon trading they had pared the day's losses to close down 3.25%. 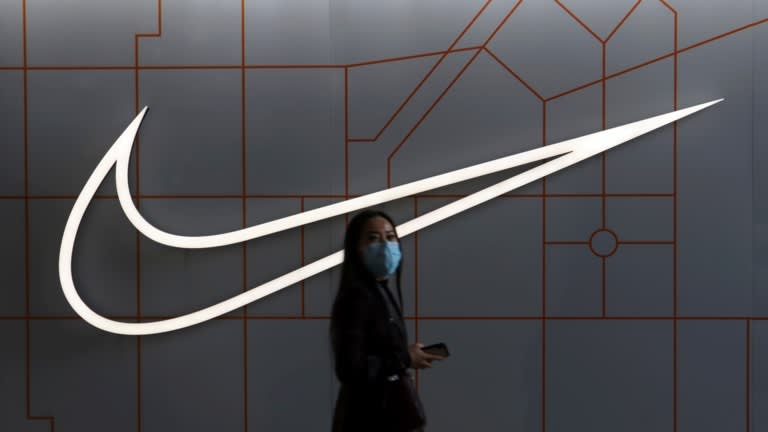 A Nike store in Beijing. Chinese singer Wang Yibo, a Nike brand ambassador, said on Thursday that he had ceased all collaboration with the company effective immediately.   © Reuters

This followed a social media post from the Communist Youth League, the Chinese Communist Party's youth wing, rebuking the Swedish retailer's statement in 2020 against the use of Xinjiang cotton.

The Xinjiang Supply Chain Business Advisory was issued by the U.S. departments of State, Commerce, Treasury and Homeland Security in July 2020. It warns companies of "legal, economic and reputational risks of doing business with Chinese firms involved in human rights abuses."

Muji's audit showed there were no major issues with its supply chain "except for observations that can be corrected," the spokesperson said.

The Japanese retailer "will ask companies in our supply chain to strive to improve working conditions, as well as to continue to cautiously gather information and take appropriate measures such as due diligence to prevent human rights abuse in the supply chain," the spokesperson said.

The spokesperson also said that if there were any inappropriate practices, the company would immediately ask its suppliers for corrections, and consider ending contracts if improvements are unlikely to be made.

China is an important market for Muji, which recorded 17% of its total sales from the country during March to November in fiscal 2019. Muji had 274 stores in mainland China as of August 2020.

China has been embroiled in a war of words after the U.S., the EU, the U.K. and Canada issued a joint statement on Monday reiterating their allegations of Beijing's human rights violations involving China's Uyghur Muslim minority in the western region of Xinjiang.

These Western governments say China's extensive program of repression includes severe restrictions on religious freedoms, the use of forced labor, mass detention in internment camps, forced sterilizations and the concerted destruction of the Uyghur heritage. Beijing has denied those allegations.

Statements issued by those companies indicating their stance against sourcing products from Xinjiang were circulated on Weibo with one user, with the name of "Red store owner," writing "Boycott these products, withdraw from China." Another user wrote: "What are all of these rubbish tricks. Quickly, get out of China."

On its website, Nike said it was concerned with reports of forced labor in Xinjiang and confirmed that none of its products were sourced from the autonomous region.

"We have been conducting ongoing diligence with our suppliers in China to identify and assess potential forced labor risks related to employment of Uyghurs, or other ethnic minorities from [Xinjiang]," the statement said. The U.S. brand said it had strengthened audit protocols to identify potential forced labor and that an ongoing study has not found evidence of employment of Uyghurs in the region.

Wang Yibo, a Chinese singer who also is Nike's brand ambassador, issued a statement through his agent on Thursday saying that he has ceased all collaboration with Nike with immediate effect. "We resist any statement or action that smear China. The dignity of the country cannot be violated and we resolutely safeguard the nation's interest," the statement said.

Chinese sportswear brand Anta said on Wednesday that it has withdrawn from the Better Cotton Initiative, a Switzerland- and U.K.-based nonprofit organization that is promoting good practices involving cotton production. Anta owns brands that include Fila, Wilson and Suunto.

Following a review of cotton sourcing in Xinjiang, the initiative said in October that it would cease all field-level activities in the region over sustained allegations of forced labor.

It is unclear if any of the foreign brands will be affected by such calls for boycotts. Nike, for instance, was caught in another social media storm over China's protest against the National Basketball Association in North America due to a player's comment over the anti-government protests in Hong Kong in 2019.