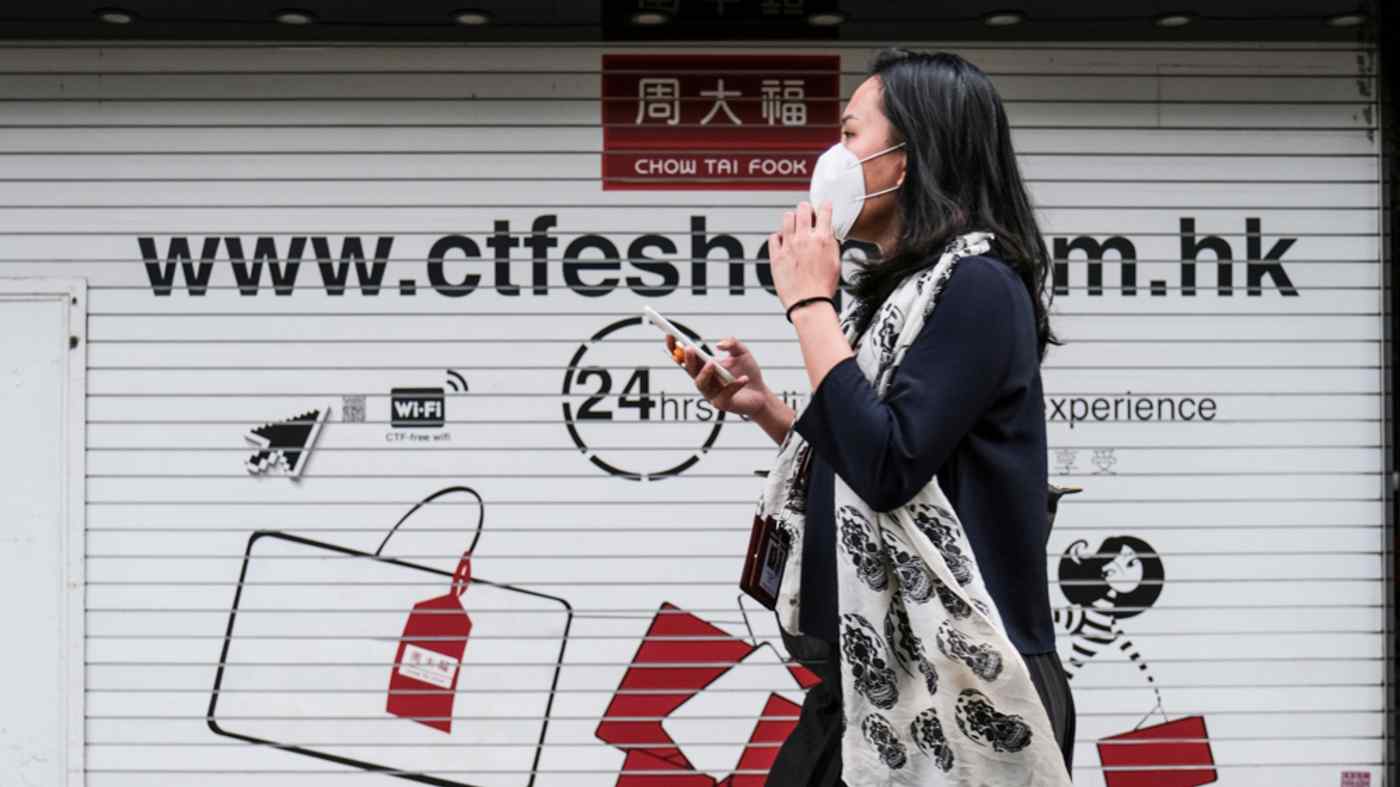 HONG KONG -- Rachel, a 30-year-old flight attendant in Hong Kong, used to carry a suitcase back home packed with luxury goods that she purchased on every trip to Europe. She would resell most of the items to local buyers for a profit and keep her favorite ones.

Yet, her lucrative side business of daigou -- Chinese for "buying on behalf of" -- has suffered a major blow since the financial hub entered a recession amid the prolonged anti-government protests last year. Now her full-time job is also at risk as the coronavirus outbreak has grounded flights, and her employer -- like many other airlines -- has asked all staff to take unpaid leave.

This leaves Rachel, who requested that her full name not be used, no choice but to sell part of her luxury collection for some quick cash. She sold her beloved Chanel flap bag and diamond watch for a total 60,000 Hong Kong dollars ($7,730) online in early March.

"I might get dismissed in the worst-case scenario," she said. "I want to have more cash with me just in case."

Like Rachel, many people in Hong Kong have been slimming down their luxury clothes and accessories at a time when the local economy is heading for its worst year since the global financial crisis more than a decade ago. While the sales of jewelry, watches and valuable gifts plunged 42% in January from a year earlier, the trading of secondhand luxury goods is ramping up. A Milan Station shop in Hong Kong. The secondhand luxury bag trader saw a 30% increase in the number of bags sold to its stores in the past two months.   © Reuters

WP Diamonds, a multinational company specializing in the trade of pre-owned diamonds, saw a 70% increase in inquiries to sell diamonds, jewelry and luxury watches on its Hong Kong website in the first two months of 2020 compared with a year earlier. To better illustrate how desperate people are, inquiries to sell engagement rings has also doubled during the period.

"There seems to be a trend of people monetizing to make sure they are liquid in the event of a prolonged crisis," said Andrew Brown, the chief executive of WP Diamonds. "It is the perfect time for consumers to think about selling their pre-loved jewelry pieces that were left to gather dust in the dresser."

Likewise, Milan Station Holdings, a secondhand luxury bag trader in Hong Kong, saw a 30% increase in the number of bags sold to its stores in the past two months.

"People are taking out designer bags that were very rare in the market previously," chairman and founder Byron Yiu Kwan-tat said. In the past month alone, the company acquired more than 10 Hermes crocodile handbags that are valued at more than HK$300,000 each.

The economic downturn has put pressure on people's personal finances, Yiu said, and selling luxury items is among the quickest ways to solve short-term cash crunches. "Whenever there are major stock market fluctuations, more precious bags will flow into the market," he said.

Indeed, demand is also surging for Yiu's other business.

Yes Lady, a financial-services company that allows clients to pledge their luxury handbags for loans, saw lending nearly quadrupled in the first half of March from the start of this year. "Many customers have very urgent needs for money," Yiu said. "Some would take five luxury bags for a loan of HK$1 million."

Meanwhile, the current swoon in the stock market has given rise to the trading of gold.

"This is a common phenomenon whenever gold prices rise to a higher level," a Chow Tai Fook spokesperson said, adding that such a "sell high, buy low" mindset has long been established in the city.

While in mainland China there has not been a noticeable rise in the transactions of used valuable goods, Dong Bowen, founder of Xinshang, one of the country's largest online secondhand luxury platforms, said that there recently has been a "very strong intention and tendency" of people selling bags on its new-media platforms.

"The biggest problem in China right now is that it's still very inconvenient for people to go out," she said, citing disruptions caused by the coronavirus outbreak. "Even if people do want to sell, they don't have the channels." Dong believes that increased demand will be reflected in the number of sales as contagion and transport improve.

Dong said that similar to the secondhand luxury trading boom that emerged in Japan after the economic bubble of the 1990s burst, the economic slowdown in China could also be an opportunity for the nascent industry.

"But how big the boost will be in China, we'll need to wait longer to tell," she said.