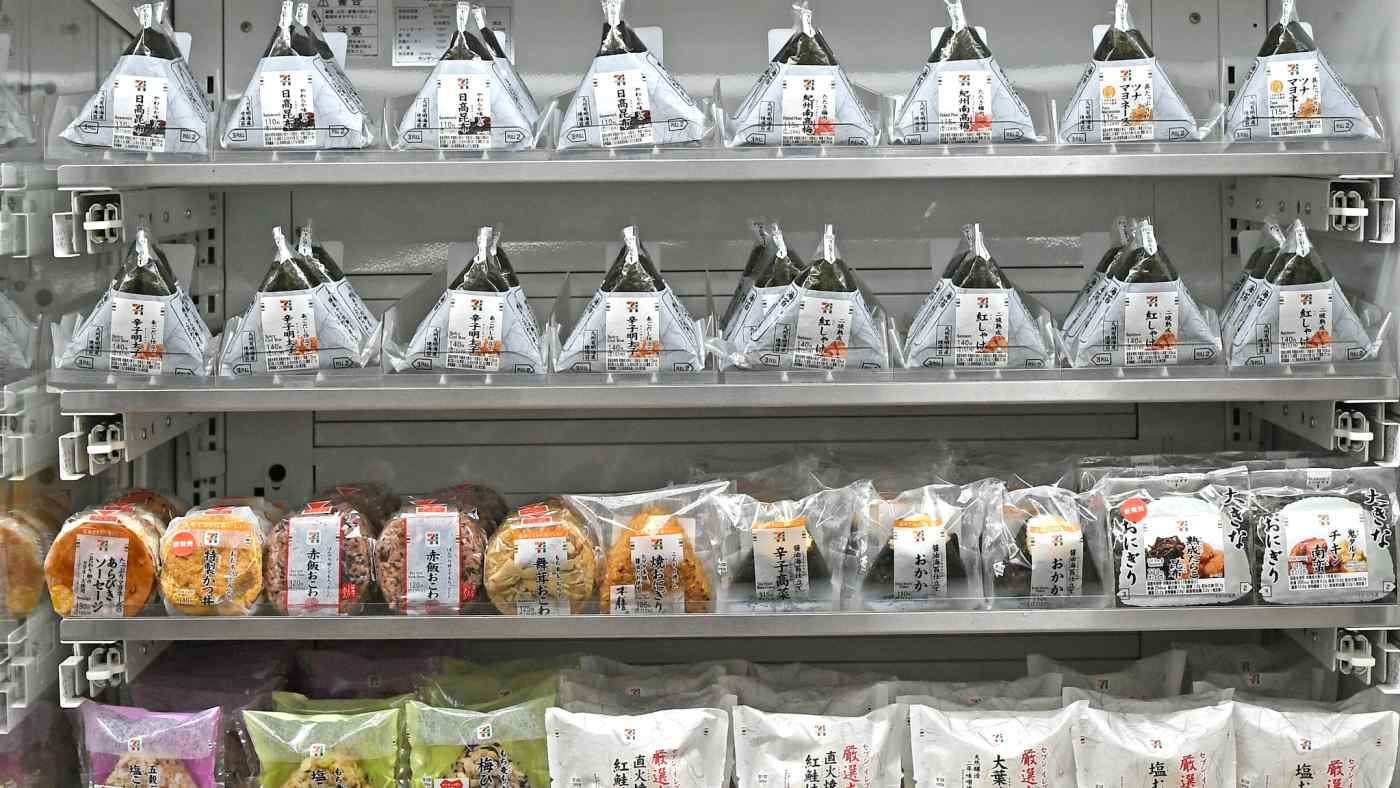 TOKYO -- Rice balls are a Japanese fast-food staple -- and fodder for competition among the country's convenience store chains. Now, the biggest of those companies wants to give its brand more staying power.

Seven-Eleven Japan is developing a way to roughly double the shelf life of these triangular or oval handfuls of rice, known as onigiri in Japanese, without adding preservatives.

Success would let Seven-Eleven halve the amount of unsold rice balls that the company throws away at a time of growing scrutiny on the industry's food waste. This matters for a chain that sells more than 2 billion onigiri a year in Japan.

Seven-Eleven has worked with food companies and other supply chain players to study how changes to preparation and packing can maintain freshness longer. The chain aims to introduce the longer-lasting rice balls in the year ending February 2022.

Seven-Eleven's onigiri now have a shelf life of about 18 hours from the time of preparation. Doubling that would let the company keep them on the shelf for about a day and a half.

The chain already uses some methods to maintain freshness, such as filling the inside of the packaging with nitrogen.

In 2018, Seven-Eleven succeeded in doubling the shelf life of some of its premade sandwiches to roughly one day.