On the waterfront in Singapore's central business district: Amazon faces established e-commerce players in its bid to crack the Southeast Asian market.   © Reuters

TOKYO -- Amazon continues to trail its China-backed rivals in Southeast Asia despite the launch earlier this month of its first online store in Singapore.

More than two years after Amazon entered the region by making its members-only Prime service available to Singapore residents, the U.S. e-commerce leader ranks a distant 12th behind more established rivals, including Alibaba-owned Lazada, Qoo10 and Shopee, when it comes to unique visits to its shopping platform.

"Our strategy is 'shoppertainment,'" James Chang, CEO of Lazada Singapore, the region's top online retailer, told the Nikkei Asian Review. Lazada sees around 7.8 million monthly visits to its website, compared with less than 300,000 for Amazon, according to data by iPrice Group.

In contrast to Amazon, which encourages users to shop as fast as they can, Chang said Lazada wants "to make it more enjoyable and allow customers to spend more time" on its platform. "I would say there's a difference in terms of the philosophy of the shopping," he said.

Amazon reported its first profit decline since 2017 last week. Its net profit fell 26% versus the third quarter of last year to $2.1 billion due to higher logistics investment costs. The company has been spending to expand its footprint across Southeast Asia. It sent a team to Vietnam this month to help local vendors sell through Amazon's international store, with rumors that the company is in talks to buy a stake in Indonesian ride-hailer turned super app, Gojek. 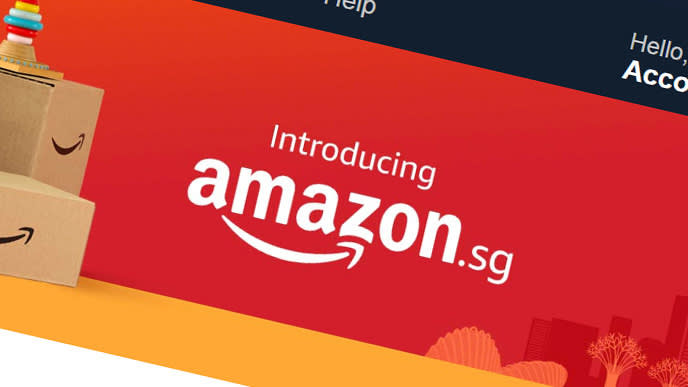 With 360 million internet users in the region, 90% of whom are connected through their mobile phones, Southeast Asia's online economy hit $100 billion for the first time this year, according to a report published earlier this month by Google, management consultancy Bain & Co. and Singapore state investment company Temasek.

The report forecasts the region's internet economy will triple to $300 billion by 2025, as e-commerce and ride-hailing "continue to beat the most optimistic of predictions."

Supporting Lazada's 'shoppertainment' strategy, the report found that when it comes to Southeast Asia, time spent on mobile apps directly correlates with revenue for online retailers and ride-hailers, whereas in developed markets such as the U.S., Europe and Japan, "frequent online buyers are less interested in spending time online."

Singaporean e-commerce platform Shopee, which is backed by China's Tencent, the country's third most visited online retailer, says it has fully embraced the idea that the longer shoppers stay on the platform, the more money they will spend. 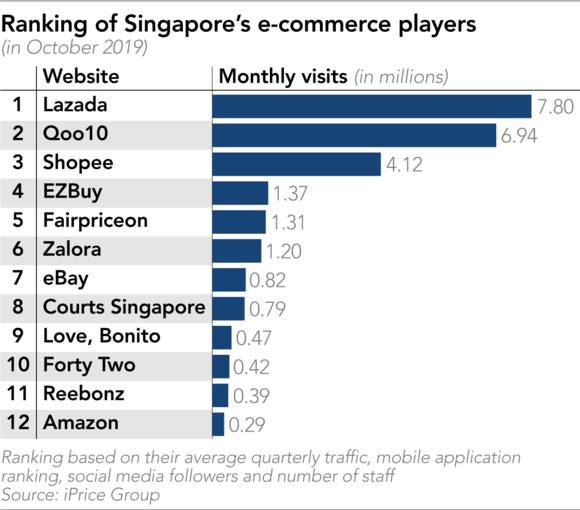 In addition to previously waiving commissions for sellers, it has worked to keep customers on the platform: It offers games, quizzes and live streaming videos to serve a population that spends more and more time on mobile phones.

"We designed the Shopee experience to be highly engaging and social by pioneering in-app live chats, games and social features in our region," said Zhou Junjie, chief commercial officer at Shopee. "Consumers want a mobile-centric and highly social shopping experience," he added.

With more than 95% of its orders coming from mobile users, Shopee, which has surged in popularity since its 2015 launch, is betting that by enhancing in-app experiences it can not only keep users online longer but also keep them coming back.

Although Amazon has been slow to catch on, it is too early to write off the world's largest e-commerce marketplace in Singapore or the region, said Aparna Bharadwaj, a partner at Boston Consulting Group.

Bharadwaj said that Amazon's deep pockets will also help it overcome problems such as traffic jams and low credit card penetration, crucial factors when it comes to increasing market share across Southeast Asia.

Gervasius Samosir, a partner at Asia-focused consultancy YCP Solidiance, added that Amazon's natural advantages, such as its "ability to provide more international selection from trusted sellers, paired with fast and reliable delivery," will also boost the company's prospects in Singapore.

Amazon "should develop a distinct strategy and act locally" to win a significant presence in Southeast Asia, Samosir said.

Lazada, which mainly employs an "Alibaba strategy" -- where the company does not own the sellers' inventory -- also believes Amazon's presence will be good for business.

"Having more competition, especially players like Amazon, which is a very large organization -- it helps us to really stimulate the market," said Lazada's Chang.

After acquiring online grocer RedMart in 2016, Lazada has also expanded its lineup of fresh food. Earlier this year, Lazada integrated RedMart into its online platform, making it possible for shoppers to order RedMart products.