TVs and $1,000 down coats: What Japan is buying ahead of tax hike

Stores front-load discounts to cash in on last-minute purchases 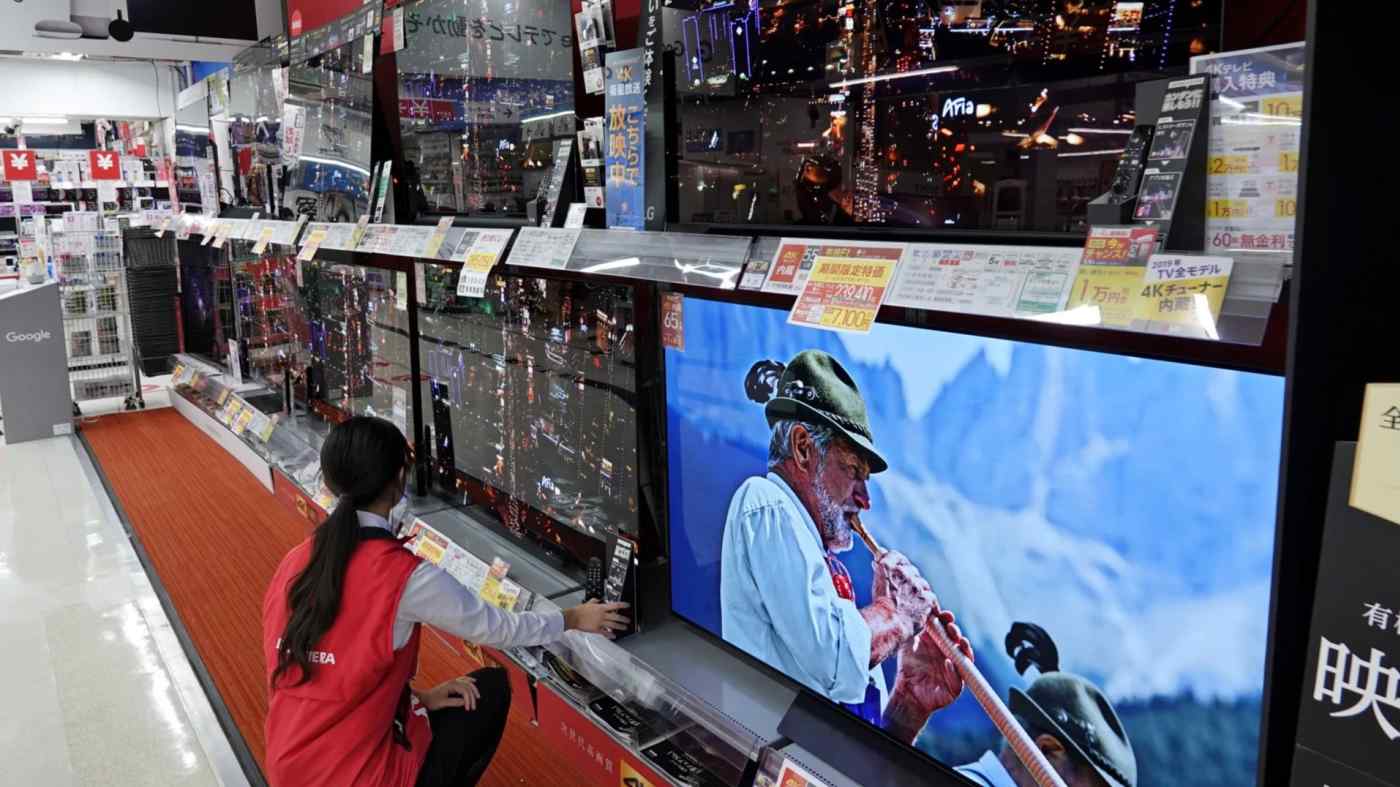 TOKYO -- Japanese consumers are rushing to buy expensive appliances, clothing and jewelry before the country's consumption tax increase on Oct. 1, retailers say, and the trend portends a drop-off in spending afterward.

At big-box electronics store chain Bic Camera, refrigerator sales climbed about 30% on the year in August.

Large-capacity units are among the best performers ahead of the tax hike, which will raise the rate to 10% from 8%.

The government has rolled out incentives for buyers of automobiles and housing to smooth out any wild swings in demand around the tax increase. But for other big-ticket items, it is a race against the clock to score the cheapest price. Department store operator Takashimaya has moved up sales of down coats. (Photo by Yuki Hanai)

Electronics chain Nojima's sales of televisions with organic light-emitting diode displays more than tripled on the year during the past two weeks.

Much of the traffic came from customers looking to replace models that they purchased about a decade ago under the Japanese government's "eco-point" stimulus program, which was meant to offset the economic slowdown following the 2008 global financial crisis.

Not only do many of those TVs have a lifespan of around a decade, customers also are looking for high-tech models ahead of the Tokyo Summer Olympics next year.

Shoppers have splurged on expensive clothing, both modern and traditional. At Takashimaya department stores, sales have risen 40% between March and August for long-sleeved kimonos priced at hundreds of thousands of yen.

Takashimaya's Nihonbashi location in Tokyo began displaying down coats in early August, a month and a half ahead of schedule. Though the coats mostly sell for at least 100,000 yen, the store reportedly moved more than 60 of them.

Other retailers aim to take advantage of the purchasing boom. Jewelers K. Mikimoto & Co. and Tasaki are launching sales promotions in September for the first time in years. Even Hasegawa, a purveyor of household Buddhist altars, embarked on a sale last month. The company reported a 20% year-on-year jump in sales of the pricey fixtures during a week in late August.

Makers of alcoholic beverages are jumping on the bandwagon. Though the consumption tax hike will exempt food items, the exception does not apply to hard drinks.

Asahi Breweries is raising output of Super Dry beer in cans by 20% this month. Kirin Brewery will boost production of the no-malt beer alternative Honkirin by 80%.

Japan last increased the consumption tax rate in April 2014. Private spending rose 2% in the January-March quarter of that year, according to gross domestic product data. Yet once the hike took effect, spending sank 4.8% during the second quarter. Autos and homes were the chief targets of last-minute demand at the time.

But the 2014 tax hike lifted the rate to 8% from 5%, a larger margin than the 2 percentage-point increase this year.

Ryoichi Yamamoto, president of J. Front Retailing, expects both the peak in demand before the tax increase and the downturn afterward to be smaller compared with 2014.

Private-sector think tanks estimate the tax bump will lift consumer spending by 400 billion yen during the fiscal year ending in March 2020, then depress spending by 1.1 trillion yen in the following fiscal year.