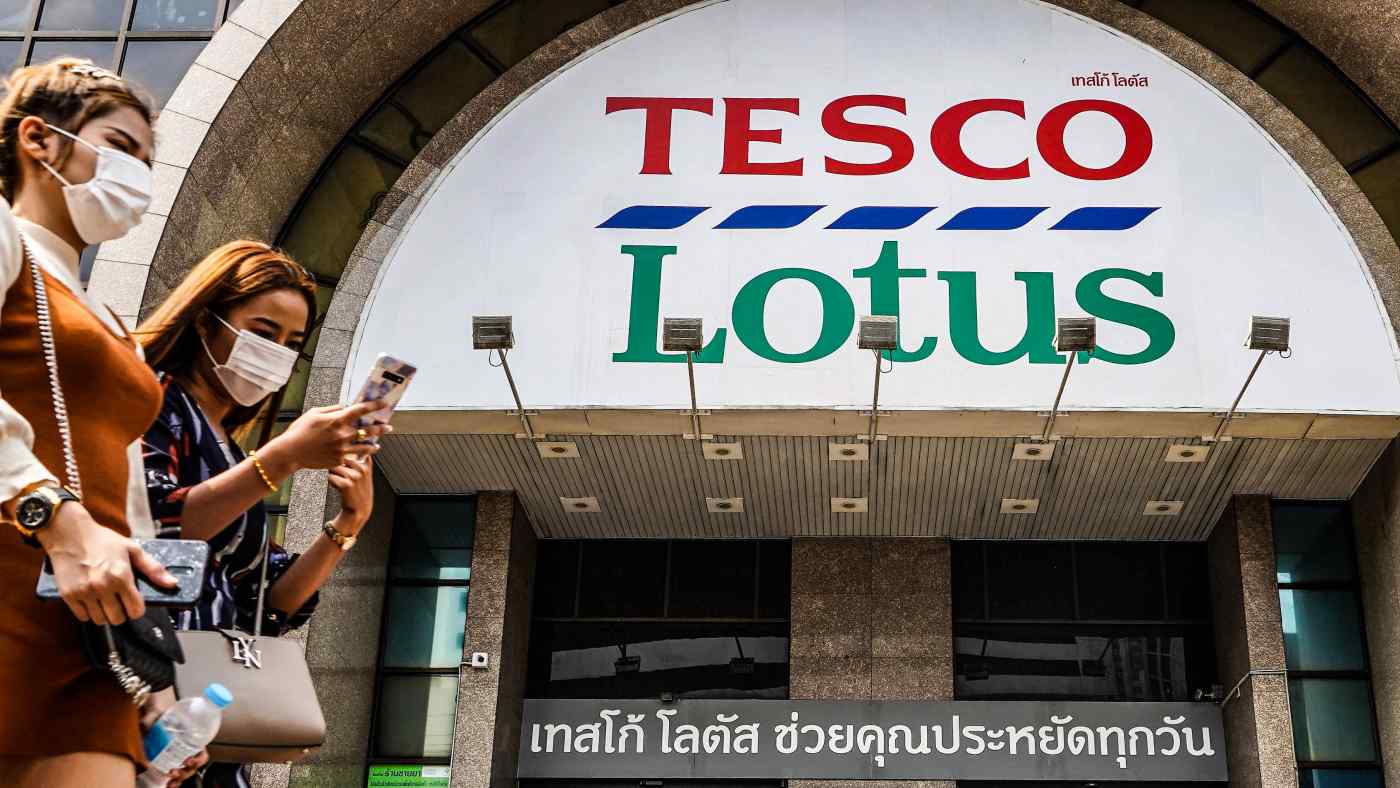 A Tesco Lotus sign in Bangkok: Thai conglomerate Charoen Pokphand announced that it is changing the name of its Tesco stores in Thailand and Malaysia to Lotus's. (Photo by Akira Kodaka)
MARIMI KISHIMOTO, Nikkei staff writerFebruary 16, 2021 14:55 JST | Southeast Asia
CopyCopied

BANGKOK -- Thai conglomerate Charoen Pokphand Group announced on Tuesday it is changing the name of its Tesco stores in Thailand and Malaysia to Lotus's.

CP took over the stores from British retailer Tesco last year. With the change, the Tesco brand, which expanded into Southeast Asia in the 1990s, will disappear from the region.

The first revamped store in Bangkok opened for testing purposes on Monday. In Thailand, the stores had previously operated under the Tesco Lotus brand. The logo has been changed from a white background with red and green lettering to a green-hued design. The move is aimed at renewing the company's image.

There are about 1,900 Tesco stores operating across Thailand. Ek-Chai Distribution System, which runs Tesco's Thailand operations, made an official statement.

CP ran into financial difficulties following the Asian currency crisis in 1998, selling 75% of its stake in its Lotus supermarket chain to Tesco. The British retailer later decided to sell its operations in Thailand and Malaysia after the company encountered difficulties in its home market. CP bought the Southeast Asian business in December last year for about $10.6 billion, the largest such deal in Thai history.

The Thai conglomerate is also changing the names of the roughly 70 stores it operates in Malaysia to Lotus. On Feb. 15, Tesco Malaysia posted on its official Facebook page that its name had been changed to Lotus's.