Unbranded and unsold: Muji weighed down by inventory 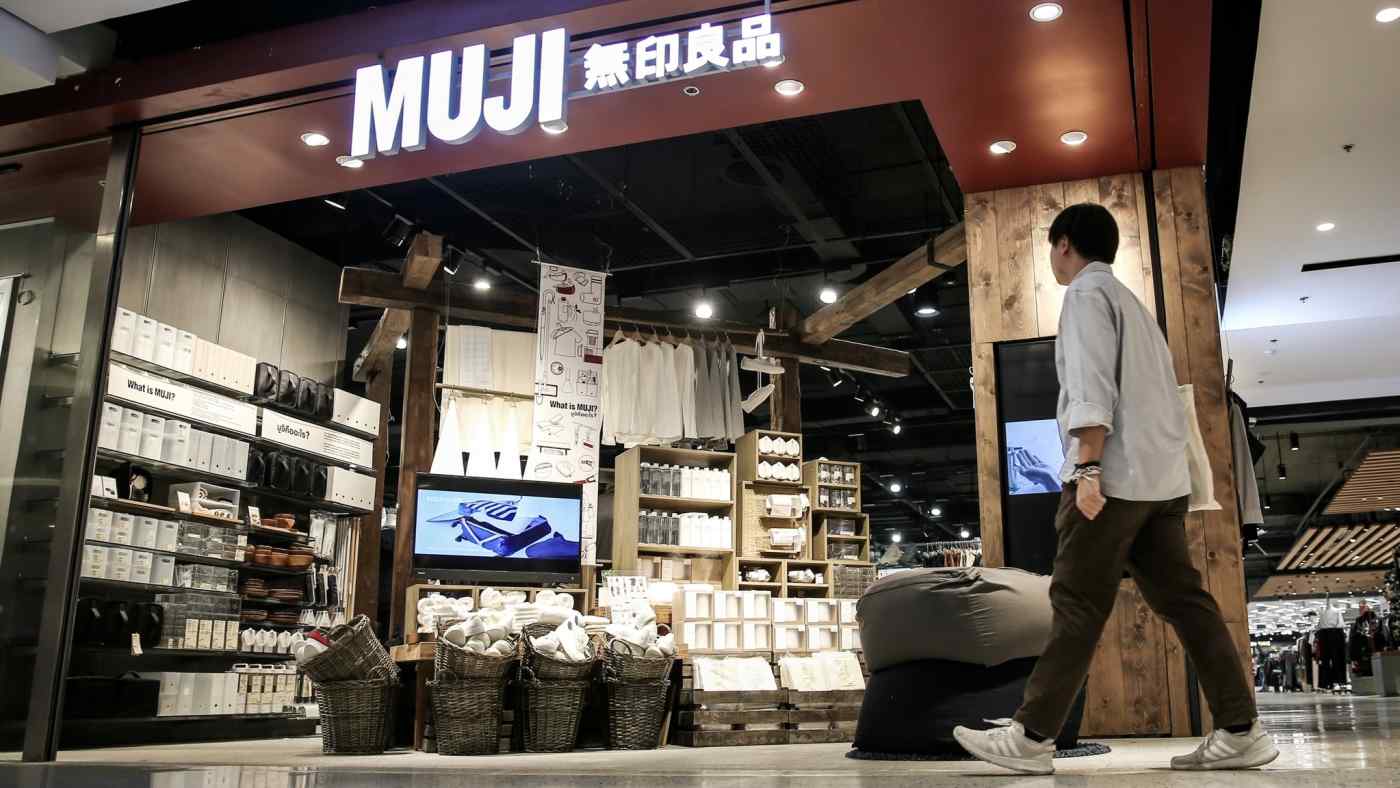 TOKYO -- Japan's Ryohin Keikaku now sits on a mountain of unsold stock as the coronavirus pandemic shuts down retail stores around the world, worsening a longstanding problem for the operator of the Muji home-goods chain.

Famous for their simple, no-frills designs and no-brand philosophy, Muji products have gained popularity throughout the world over the past couple of decades. But the virus outbreak has exacerbated long-standing problems the retailer has had with inventory control.

About 90% of Muji stores in Japan were closed or running on reduced hours as of Monday, while all but one of its locations in the U.S. and Europe have suspended operations. This has left the company with piles of unsold products including spring and summer apparel.

The effect of the pandemic on Muji's inventories "has been greater than I expected," said Dairo Murata of JPMorgan Securities Japan, adding that the company will "probably be forced to sell at a discount or write down the value" of the unsold goods.

"We generally will not lower prices on non-seasonal goods, as we want to maintain control over our gross profit margin," President Satoru Matsuzaki said in an April 9 earnings briefing. Market watchers are skeptical.

Ryohin Keikaku's inventory problems did not start with the coronavirus. Boycotts of Japanese companies in South Korea, political protests in Hong Kong, a consumption tax hike in Japan and a warm winter all contributed to a second straight year of declines in revenue and operating profit for the fiscal year ended Feb. 29, ultimately owing to a failure to accurately predict demand.

Ryohin Keikaku went through its full inventory 4.5 times last fiscal year, down by 0.5 from its fiscal 2018 turnover. The value of inventory on hand climbed roughly 20% on the year to 105.4 billion yen ($978 million) at the end of February 2020, of which the company considered about 20 billion yen to be excess. The spring and summer merchandise going unsold amid the pandemic comes on top of this.

The retailer plans to order less for fall and winter. But the risk of more excess stock will remain until it becomes clear when the coronavirus crisis might end. The company's failure to nip its inventory problem in the bud has left it in an even worse position to resolve the issue now.

In addition, discounts could potentially damage the Muji brand. The chain has won a following among fans who value the product quality, and whose lifestyles match the minimalist designs. Muji was also quick to craft an environmentally friendly image.

But if a brand is perceived as cheap, it is a daunting task to restore the image and the price range. Muji has a lot more to lose compared with casual clothing chain Uniqlo, which operates under a low-cost business model spanning from the factory to the sales floor.

"It's likely the [Muji] brand will suffer a relatively larger blow from discounting," said Sho Kawano at Goldman Sachs.

The stock market appears to be busy factoring the risks in equity trades. Ryohin Keikaku is down 19% since March, when the global pandemic was first declared. U.S. equity fund Capital Research & Management, a major shareholder, slashed its stake to 9% from 15% as of April 7.

Meanwhile, Uniqlo operator Fast Retailing is off by just 7%. Nitori Holdings, a fellow category killer that sells furniture, is up 10%.

In China, same-store sales for the January-March quarter are down by half compared with a year earlier due to across-the-board store closures. Japanese outlets suffered a roughly 15% slide during the month of March, though the fallout is all but guaranteed to worsen under the emergency order.

"Consumption will probably be bearish even after the novel coronavirus passes," Matsuzaki said.

The president predicts inventory will be optimized by August of next year, instead of next February as originally anticipated. Investors are taking that outlook with a grain of salt since the company downgraded earnings twice during the previous fiscal year.