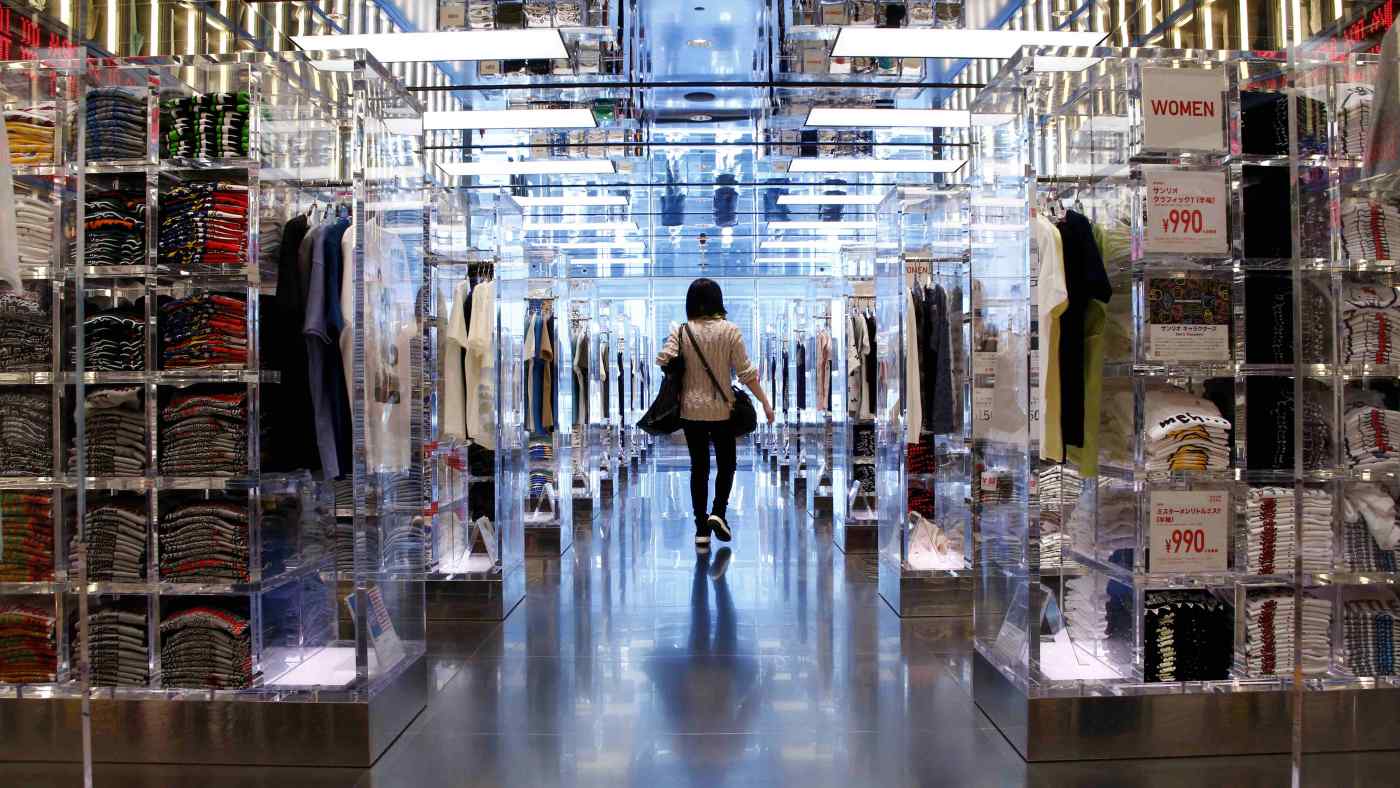 TOKYO -- Fast Retailing, the operator of casualwear chain Uniqlo, downgraded its full-year earnings forecast on Thursday, as unrest in Asia, including the protests in Hong Kong and a boycott of Japanese products in South Korea, hampered the fast-growing company.

The Yamaguchi, Japan-based company now sees group net profit edging up 1% to 165 billion yen ($1.51 billion) for the year to August, down from the previous estimate of 175 billion yen. Its revenue forecast was cut to 2.34 trillion yen, a 2% rise from fiscal 2019. Operating profit, initially expected to grow, is now seen falling 5%.

This follows a drop-off in customer traffic in South Korea, home to more than 10% of Uniqlo's overseas stores. Since last summer, Fast Retailing has been targeted by boycotts sparked by Japan tightening controls on exports to South Korea, dealing a blow to its plans to seek growth abroad as its home market matures.

Uniqlo's South Korean operations posted an operating loss for last quarter amid a steep decline in same-store sales, with some stores doing essentially no business despite their doors staying open.

South Korea, which Uniqlo entered in 2005 in partnership with the Lotte Group conglomerate, holds a special place in the heart of founder and CEO Tadashi Yanai. The brand had 186 stores in South Korea at the end of November 2019 -- more than any other overseas market besides China -- and brought in 140 billion yen in revenue there in fiscal 2018.

Even with the boycott, a Fast Retailing executive said the company has "no plans" to close stores or cut payroll at this time. But given South Korea's significance to the company's overseas operations as a whole, an overhaul may become necessary if the chill continues.

The brand also logged an operating loss in Hong Kong amid the protests there. The company said same-store sales shrunk, and because of discounts to spur consumption, operating profit there also dropped.

As a result, the greater China region, which Fast Retailing has positioned as another major growth engine, saw lower operating profit. The softer yuan reduced earnings in yen terms. Sales of thermal clothing slumped on the mainland amid warmer-than-usual weather.

The Japanese company maintained an upbeat tone, saying that excluding South Korea and Hong Kong, overseas sales and profit had increased. Revenue is expected to be sluggish in North America and Europe due to warm weather, but sales and profit are seen rising sharply in the rest of Asia and in Oceania, it said.

Uniqlo revenue in Japan sank 5% as a relatively warm winter weighed on demand for the brand's Ultra Light Down and Heattech collections. The consumption tax hike in October, meanwhile, had "almost no direct effect," according to CFO Okazaki.

Despite the revenue drop, operating profit rose 2%, thanks to a stronger yen that lowered stocking costs, boosting the segment's gross margin.