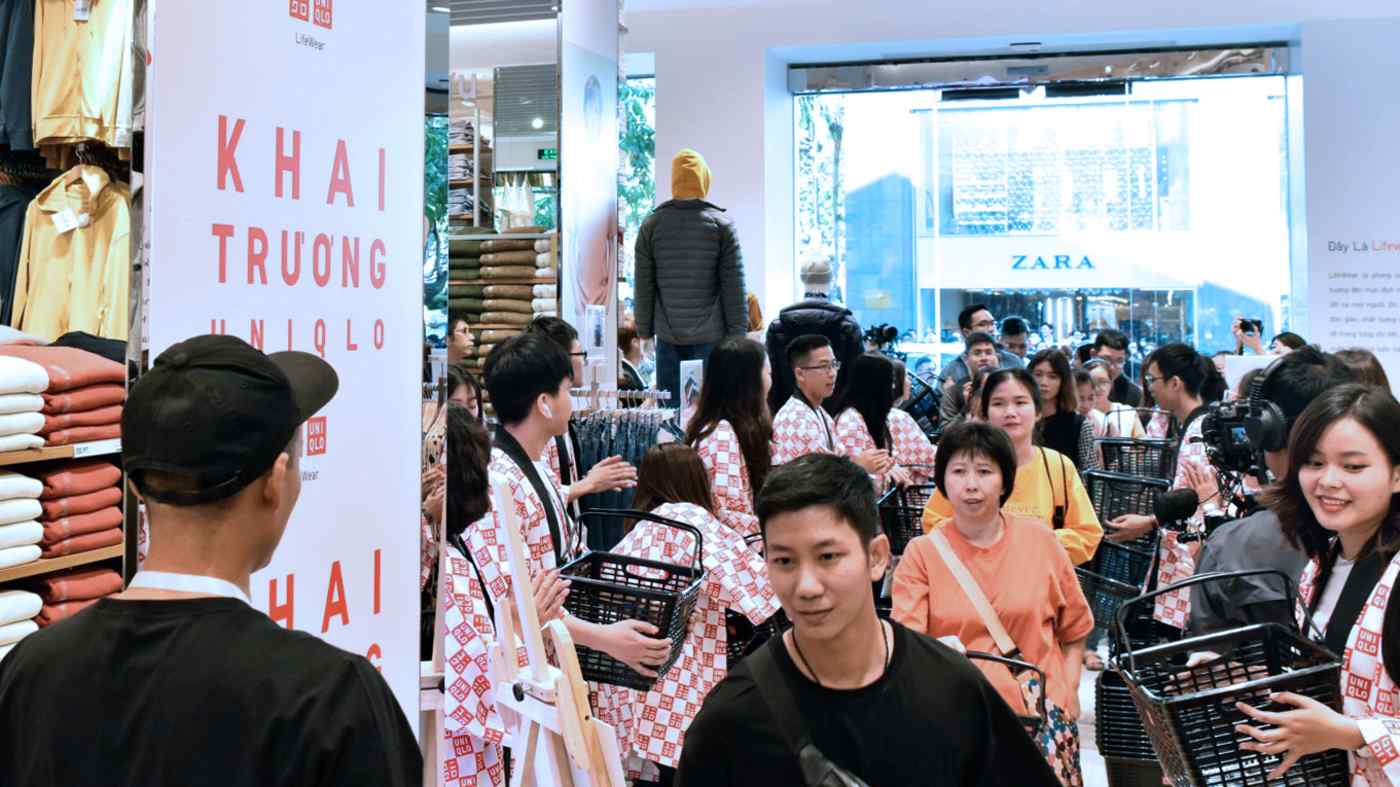 HO CHI MINH/ TOKYO -- As many as 1,000 shoppers lined up to be among the first to enter Vietnam's first Uniqlo store as it opened on Friday. "Vietnam is a land of promise," said Tadashi Yanai, chairman and CEO of Fast Retailing, the brand's operator. "We would like to succeed here with the country's great prosperity."

The store is located in a busy shopping mall along Ho Chi Minh City's famous Dong Khoi Street and gives Uniqlo a presence in Southeast Asia's sixth-largest market and one of the region's fastest-growing economies.

Consumption is on the rise in Vietnam, and Fast Retailing believes the nation can help drive regional growth. The casual clothing chain store operator is also counting on Vietnam to become a manufacturing hub and relieve some pressure building up due to the prolonged U.S.-China trade war.

The three-story store, which stands opposite those of rival fast-fashion brands H&M and Zara, is one of Uniqlo's largest in Southeast Asia, with a gross floor area of 3,107 sq. meters.

"I've been queuing here from 6 in the morning," a student at the head of the line said. "Usually I am not a big shopper but today I wish to find a lot of outfits that suit me."

"I think Vietnam has massive potential and will be one of the biggest consumer markets in the world," Yanai said at a news conference on Thursday. The chairman and CEO referred to Vietnam multiple times as a "land of promise" due to high economic growth and a large young population.

Vietnam is a key market for Uniqlo, which currently has more than 2,000 stores worldwide and plans to quadruple the number of its locations in Southeast Asia to 800 in 10 years. Fast Retailing hopes to increase sales by 30% every year in India -- where it opened its first store in October -- Southeast Asia and Australia. 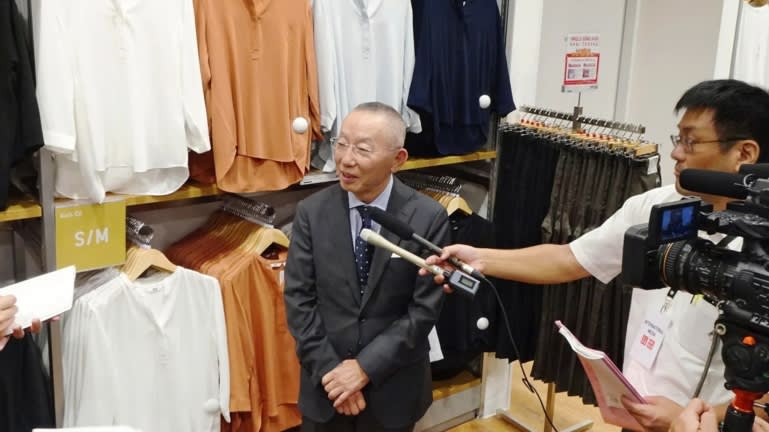 Fast Retailing chief Tadashi Yanai speaks ahead of the opening of the first Uniqlo store in Vietnam.   © Kyodo

Yanai told reporters he wants the second Vietnam store to open next year in Hanoi, the capital in the north. "We are not talking about 100 stores in Vietnam. Much more," Yanai said.

Apart from capturing the retail market, Fast Retailing also counts Vietnam as its second largest manufacturing hub after China. It has 50 disclosed suppliers in the country.

Yanai said that Uniqlo exports $3 billion worth of products from Vietnam annually. He said that the quality of Vietnamese-made products are high so that they are accepted worldwide. "Vietnam will have increasing presence in the world market," he added.

Yanai told media earlier this year that the company's dependence on Chinese suppliers would decrease over time as it expands production faster in other countries, in hopes that the diversified supply chain would absorb geopolitical risks and economic changes. In about two years, the number of disclosed factories in Vietnam rose by 60%.

Uniqlo's suppliers are also hopeful about Vietnam's growing domestic market, and that the entry of such brands would bring them more business.

"We are excited to see our products under [the] Uniqlo brand finally being sold in Vietnam, after exports to Japan, ASEAN, the U.S. and EU for [so] long," said Pham Xuan Hong, chairman of Uniqlo supplier Saigon 3 Garment, referring to the 10 countries in the Association of Southeast Asian Nations. His company has had a partnership with Uniqlo since 1999 and supplies more than half of its products to Uniqlo.

"Uniqlo is among few Japanese brands [that his company supplies to] that are spreading its network to five continents," said Pham Dang Khoa, business development manager of Kim Thanh Group, which produces six different fashion brands, with more than 50% of its output going to Uniqlo. 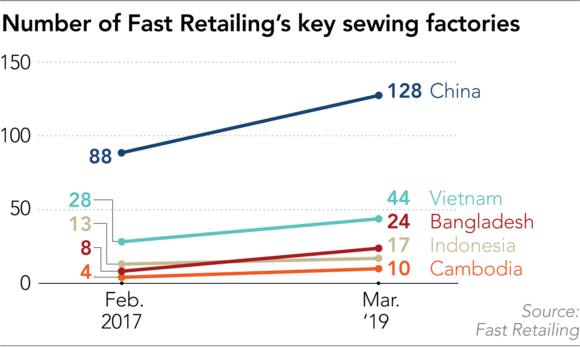 Hong added that Uniqlo's entry into Vietnam comes at "the right time" as producers are facing a slowdown of the global economy.

Being one of five largest worldwide textile exporters, Vietnam's garment industry is crucial in bringing in export revenue. According to Sheng Lu, associate professor of fashion and apparel studies at the University of Delaware, factors such as the EU-Vietnam trade agreement and other trade deals makes Vietnam an attractive manufacturing hub.

Uniqlo is not the only international brand investing in Vietnam and other increasingly important markets like Cambodia. As many companies have moved production bases to Vietnam to avoid additional U.S. tariffs imposed on Chinese products and amid rising labor cost in China, manufacturers are investing heavily to upgrade their factories. This includes equipping them with digital technology to improve efficiency as well as the quality of the products.

Officials from Saigon 3 and Kim Thanh group, who are also Vietnamese suppliers of Uniqlo, said they are under pressure to upgrade production lines and to automate systems to meet Uniqlo's standards. They are feeling the heat from Chinese players who are also investing in technologies to increase productivity.

According to one Japanese apparel manufacturer, Vietnamese factories are now so popular that it is difficult for small brands to secure Vietnamese suppliers.