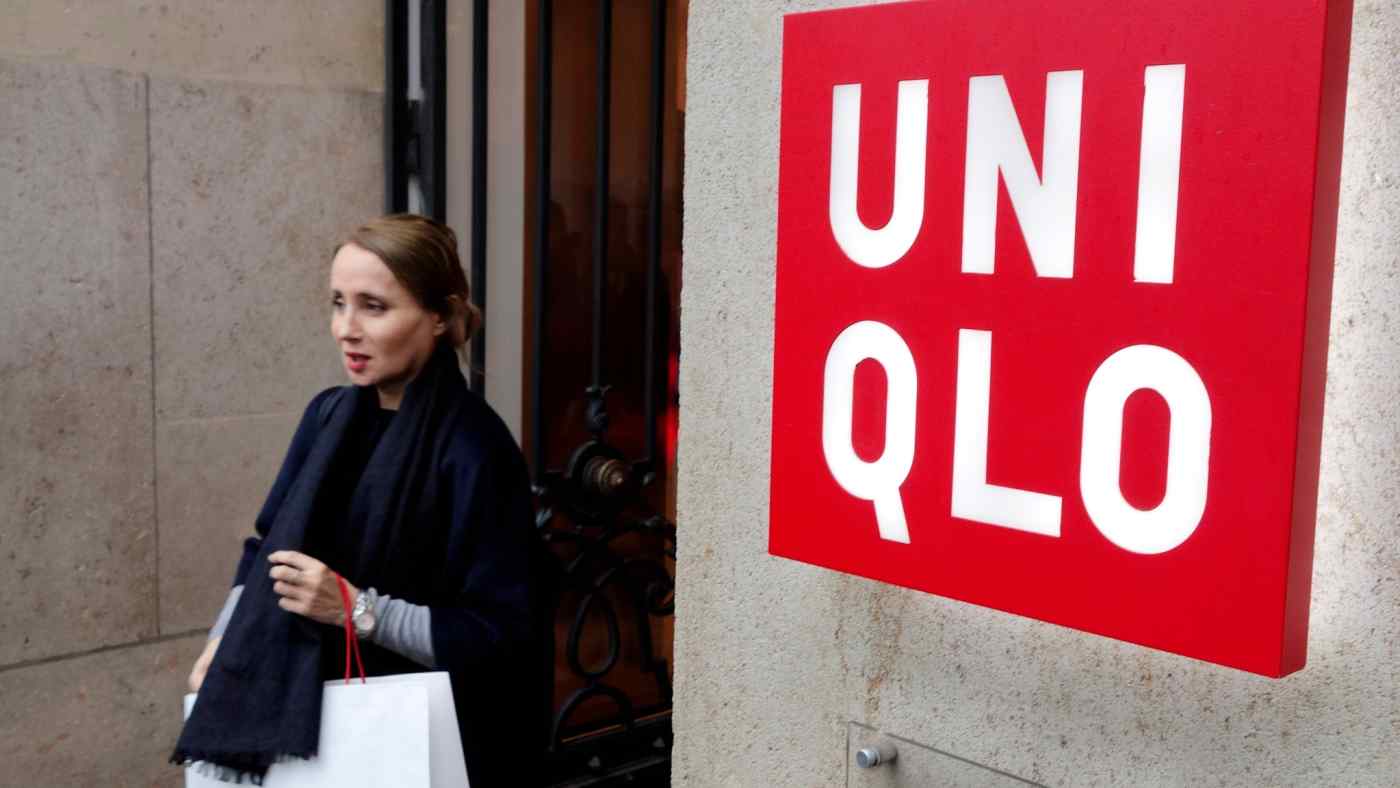 LONDON -- The parent of clothing store chain Uniqlo has started a new push for its brand in Europe, hoping to set itself apart in a market where it has struggled to grow.

"Uniqlo isn't fast fashion," Fast Retailing founder and CEO Tadashi Yanai told an audience here Tuesday, with an assortment of down jackets, sweaters and other clothes suspended above his head.

Tuesday's event showcased LifeWear, Uniqlo's vision of the "ultimate everyday clothes." The concept made its debut in 2013 and has served to guide the brand's efforts to differentiate itself. Yanai described it as clothing "designed to make everyone's life better."

Yet for all its lofty ideals, the growth of Uniqlo's European business has come up short.

When the chain opened its first U.K. store in 2001, it had plans for about 50 locations in the country. Only 13 are open so far.

Sales in the European segment totaled about 90 billion yen ($832 million) in the year ended August 2018. This is only a fifth as much as in greater China, which remains Uniqlo's biggest market outside of Japan. Uniqlo clothes hang above the audience at a London event showcasing the brand's LifeWear concept. (Photo by Minoru Satake)

To raise Uniqlo's profile in Europe, Fast Retailing is using both hard and soft power. The chain is increasing the number of countries where it operates, opening its first store in Italy this month.

Fast Retailing has also begun publishing a LifeWear magazine in both English and Japanese, featuring such celebrities as tennis champion Roger Federer dressed in something other than sportswear. The Swiss-born athlete has a sponsorship contract with Uniqlo.

Plans call for distributing about 1 million copies of the magazine at Uniqlo stores and other locations. The editing team includes a former chief editor of Japanese men's fashion magazine Popeye.

Uniqlo's attempt to differentiate itself from low-priced, trendy fast fashion comes as even well-established brands start to look worse for the wear. Sweden's H&M has seen its sales growth slow, while U.S.-based pioneer Forever 21 is reportedly considering bankruptcy protection.

In the meantime, new rivals have emerged, including online sellers that lack chain stores' overheads.

Uniqlo's international business must also contend with such factors as the U.S.-China trade war, Britain's exit from the European Union, and South Korean boycotts of Japanese products.

Another way the company is trying to set itself apart is through an increased emphasis on sustainability. In London, Fast Retailing announced a recycling program for down jackets and plastic bottles that will continue its cooperation with Japanese materials group Toray Industries.