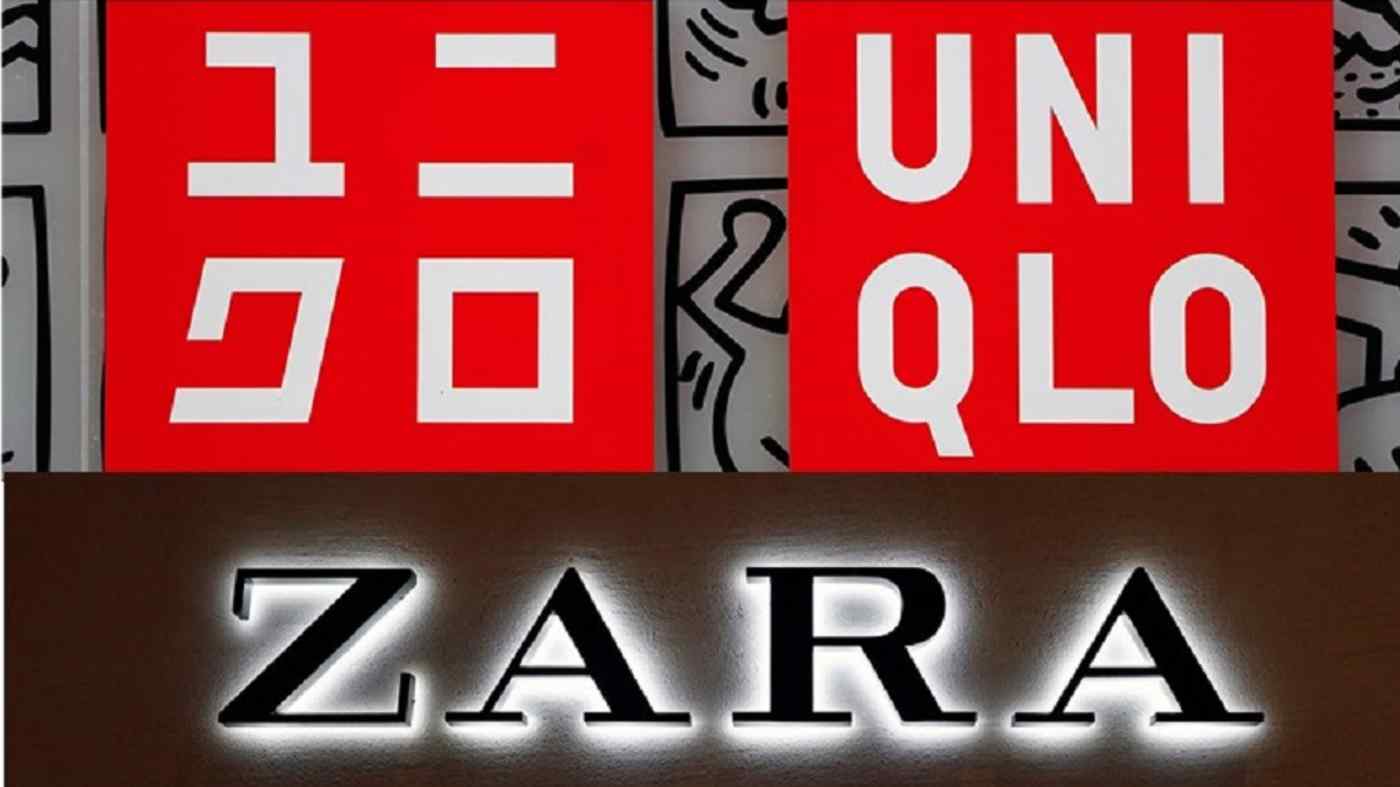 Uniqlo has struggled in Southeast Asia and Japan while the company behind Zara has turned earnings around thanks to eased economic restrictions in its main markets. (Source photos from Uniqlo and Zara)
KEIICHI FURUKAWA, MINORU SATAKE and BUMPEI MATSUKAWA, Nikkei staff writersJune 10, 2021 04:39 JST | Japan
CopyCopied

TOKYO/LONDON -- After briefly pulling ahead of Zara this year in terms of market value, Uniqlo has fallen well behind the European fast fashion leader as vaccinated individuals in Western economies refresh their wardrobes for post-lockdown life.

Fast Retailing has been on a steady decline since it last topped Inditex in February. Back then, the company benefited from its strength in Asian markets, which fared comparatively better than Western nations early the pandemic. Since then, vaccine rollouts in major markets have changed the situation.

As of Wednesday, the vaccination rate per 100 people stood at 103 doses in the U.K., according to an analysis by Nikkei and Financial Times. The same pattern emerges in other Western countries with the U.S. having a rate of 91 doses per 100 people and Germany with a rate of 66 shots.

In Asia, however, South Korea lags with 20 doses per 100 people. This is followed by Japan at 14 doses for every 100 people and Malaysia at 11 shots.

Fast Retailing is holding strong in its key market of China, which controlled the epidemic early to usher in an economic recovery. But Southeast Asia is a different story. In Malaysia, Uniqlo temporarily closed all 49 stores there due to the outbreak. For Vietnam, five out of eight Uniqlo stores have halted operations.

Fast Retailing is struggling with its Japanese operation as well. In May, same-store Uniqlo sales dipped 0.6% from a year earlier, the first negative reading in 12 months. When compared with May 2019, prior to the pandemic, same-store sales have declined 18.6%.

Against the backdrop of the persistent coronavirus epidemics in Asia and the slowing domestic market, Fast Retailing's stock has been on a bearish trend. On Wednesday, the share price touched a new year-to-date low of 82,500 yen, down 760 yen from the previous close.

"Fast Retailing is strong in indoor and casualwear, which provided a tailwind amid the coronavirus, but the global shift toward economic reopenings has restored demand in high-fashion outdoor apparel, which has benefited Inditex," said Dairo Murata at JPMorgan Securities Japan.

Inditex reported Wednesday a net profit of 421 million euros for the first quarter ended April. This represents a turnaround from the loss of 409 million euros a year earlier thanks to eased economic restrictions.

During Inditex's first fiscal quarter last year, the company was forced to suspend operations at 88% of the stores worldwide. A year later, the ratio has fallen to just 16%.

Furthermore, digital sales soared by 67% in February-April from a year earlier as customers as the pandemic fueled an online shopping boom.

However, it remains a shared belief that Asia will be a crucial factor in medium- to long-term growth.

At the end of last month, Fast Retailing fielded 818 Uniqlo stores in China, surpassing the total in Japan -- 810 stores -- for the first time. Fast Retailing plans to open 100 stores in the greater China region, including Taiwan and Hong Kong, during the current fiscal year through August. Inditex is going on the offensive in Asia as well. Last fall, the company opened a flagship Zara store in Beijing.