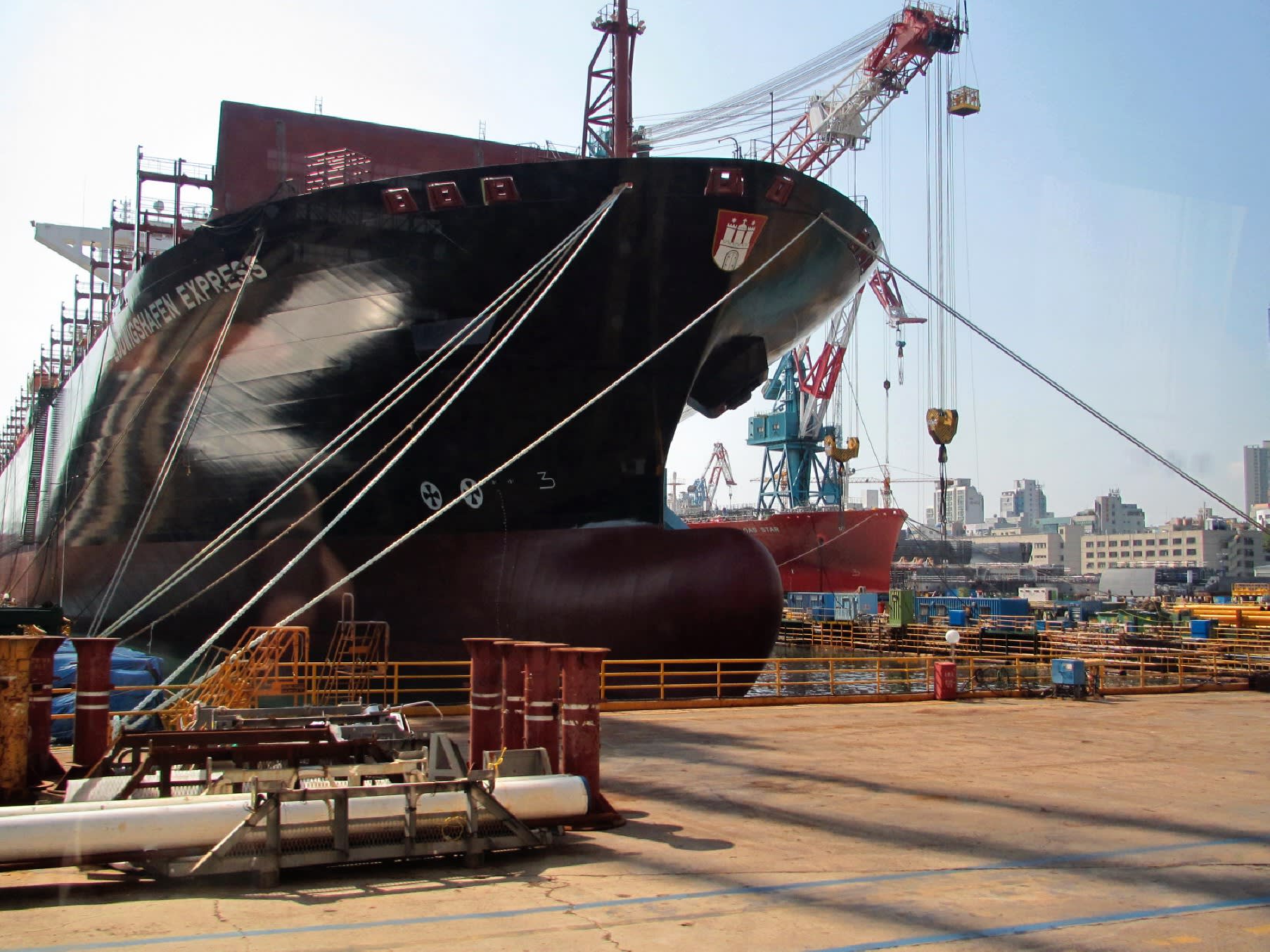 SEOUL -- South Korean shipbuilders are showing signs of recovery after a long slump on the back of increasing demand for liquefied natural gas carriers, analysts and company officials said Wednesday.

"As oil prices are hovering over $50 per barrel, LNG projects are starting to be resumed," said Lee Kang-rok, an analyst at Kyobo Securities. "I am sure that big shipbuilders' earnings will improve if LNG carriers boost their sales."

Lee estimates that more than 30 LNG ships will be ordered this year whose combined value will reach at least 6 trillion won ($5.2 billion). That is welcome news for shipbuilders whose earnings were hammered last year as demand for their services fell away.

Hyundai Heavy says it has secured two orders for LNG carriers this year: one LNG Floating Storage Regasification Unit ship from a European shipping line that it declined to identity and a LNG ship from Norway's Knutsen OAS Shipping. FSRU ships offers LNG directly to consumers, a sector that Hyundai specializes in.

"We expect demand for FSRU to increase, considering its excellent profitability comparing to land facilities," Samsung Heavy said in a statement. "We forecast we will win four to five new FSRU ship orders every year by 2020 from mainly emerging countries."

But Daewoo Shipbuilding is still facing a serious liquidity problem, even though it was given a 4.2 trillion won rescue package by creditors last year. Local media now report that its creditors are mulling another aid package worth about 3 trillion won for the beleaguered shipbuilder whose shares have been suspended since mid-July on allegations of accounting fraud.

The state is keen to keep Daewoo Shipbuilding afloat on worries that its demise would hit hard the local economy. But analysts say the company would have to further restructure to ensure long-term survival.

"The company needs 800 to 900 billion won every month to build ships, but they cannot fund them due to a lack of new orders," said Yang Hyung-mo, an analyst at eBest Securities. "The company has no way to survive after the first half of this year, though it has managed to keep afloat through human resources restructuring and asset sales."

South Korea's financial regulator says, together with creditor Korea Development Bank, it is monitoring Daewoo Shipbuilding. The company is expected to post a net loss of more than 1 trillion won for 2016, extending the 3.3 trillion won loss it made a year ago.