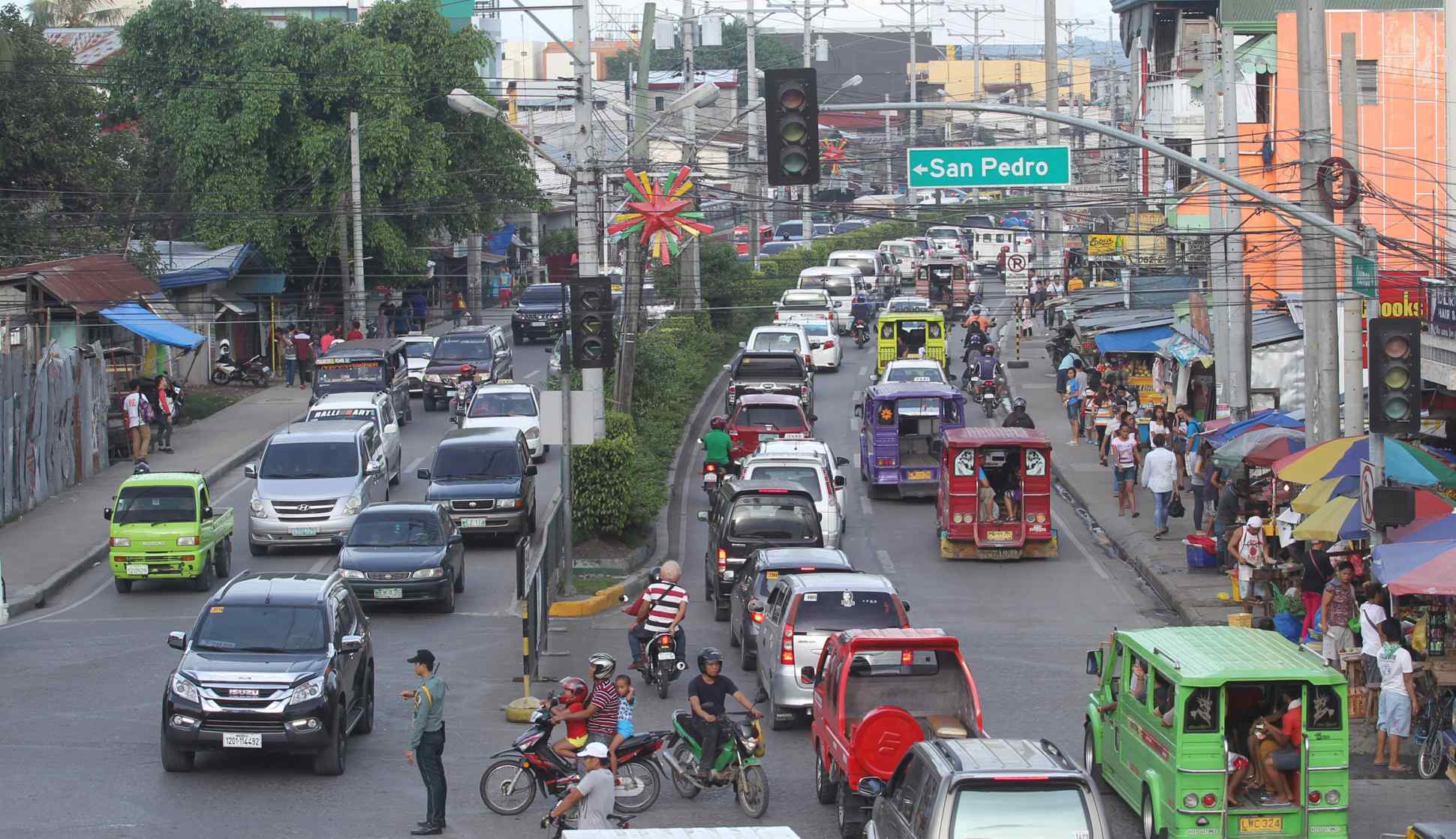 This scene is of a busy street in the southern Philippine city of Davao.   © Reuters
Business

Road looking clear for car-hailing in the Philippines

Despite Uber's recent suspension, regulatory improvements likely for the sector

The recent suspension of Uber in the Philippines led to a huge outcry from consumers who had become used to the service.

Despite the stoppage, we think the regulatory outlook is improving as the government and congress seek stronger, more flexible regulations for the car-hailing industry.

The Philippines was an early adopter of car-hailing apps. In 2015, it became the first Southeast Asian nation to pass regulations for them, two years after Uber and Grab entered the fast-growing market.

Uber says it currently has 66,000 vehicles on the roads of Metro Manila and Cebu, while Grab has 52,400 in six cities nationwide. These services are likely to have contributed to rising vehicle sales in recent years (see chart). 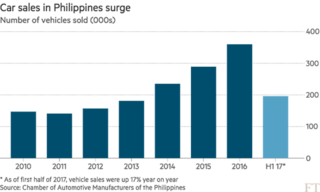 The FTCR Auto Purchase Index, which gauges buying intentions over the next six months, also shows that the Philippines is the second highest among the Asean-5, according to our latest survey (see chart). In July last year, the Land Transportation Franchising and Regulatory Board (LTFRB) stopped accrediting new Uber and Grab drivers after the agency became swamped with applications.

The government discovered that Uber and Grab were employing unlicensed drivers (see chart) but settled the issue after talks. Yet Uber still hired drivers, prompting its one-month suspension in the middle of August this year. The ban was cut short after Uber paid a 190m pesos ($3.7m) fine. 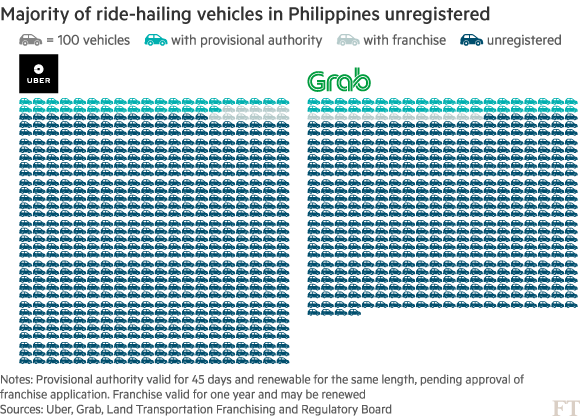 Based on the latest publicly available data, we believe there is enough public transport in Manila to meet the demand of the city's 12m residents without car-hailing apps, were the poor quality of service to be improved (see chart). Official data do not cover unlicensed taxis and minibuses, estimated to be in the thousands. 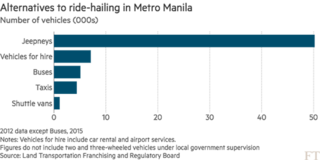 Jeepneys are decades-old and need refurbishing, while taxis are known to be unreliable and to overcharge. In addition to road-based public transport, Manila also has a rail system, although commuters who can afford to have the choice prefer not to use it.

Filipinos with rising purchasing power are willing to pay a premium to avoid hours of daily gridlock on congested Manila roads, but it does not help that the Duterte administration is encountering delays in its infrastructure push.

The trains are managed by separate entities, while road transport in Manila is regulated by an overwhelmed LTFRB - in charge of rules and regulations for public vehicles.

The LTFRB views car-hailing vehicles in the same way as regular taxis; it believes their number should be limited and fares, currently determined by a supply-and-demand algorithm, regulated. The agency also argues that car-hailing has worsened the Manila gridlock.

Despite the bureaucratic opposition to car-hailing apps, we think Uber's suspension and the public outcry that ensued has fast-tracked laws that will replace the LTFRB rules and institutionalise the industry.

Although bills have been pending at the congressional committee level since last year, public pressure may speed up legislative discussion, especially after influential congressmen said that car-hailing could be part of the traffic solution.

The bills impose "no minimum or maximum cap or limit" on the number of car-hailing vehicles that may operate and give the companies flexibility in charging fares, something Grab and Uber said was key to their quality of service.

Although the LTFRB will continue to oversee the sector, the proposed laws would significantly reduce the risk of regulatory changes under future governments.

New players on the road

We believe a car-hailing law will encourage new players in an industry currently dominated by Grab and Uber.

There are signs that this is already happening. Two days after Uber was suspended, American start-up Arcade City launched, although the LTFRB then blocked it for lacking accreditation. Local company U-Hop, which has been operating alongside Grab and Uber, boosted its marketing.

New car-hailing companies could force public transport operators to improve their service and compete for market share. Taxi companies are already developing mobile apps that will allow commuters to book journeys, as they can with Uber and Grab, as well as hail taxis on the street.

The LTFRB considered raising taxi fares to reduce the temptation to overcharge, but commuters were quick to demand a better service before higher prices.

Improving public transport is a short-term solution to the discontent caused by heavy traffic, buying time for long-term infrastructure remedies. This is also politically crucial; traffic woes contributed to the loss of former president Benigno Aquino's chosen successor in the most recent presidential election.

This article was first published on September 4 by FT Confidential Research.