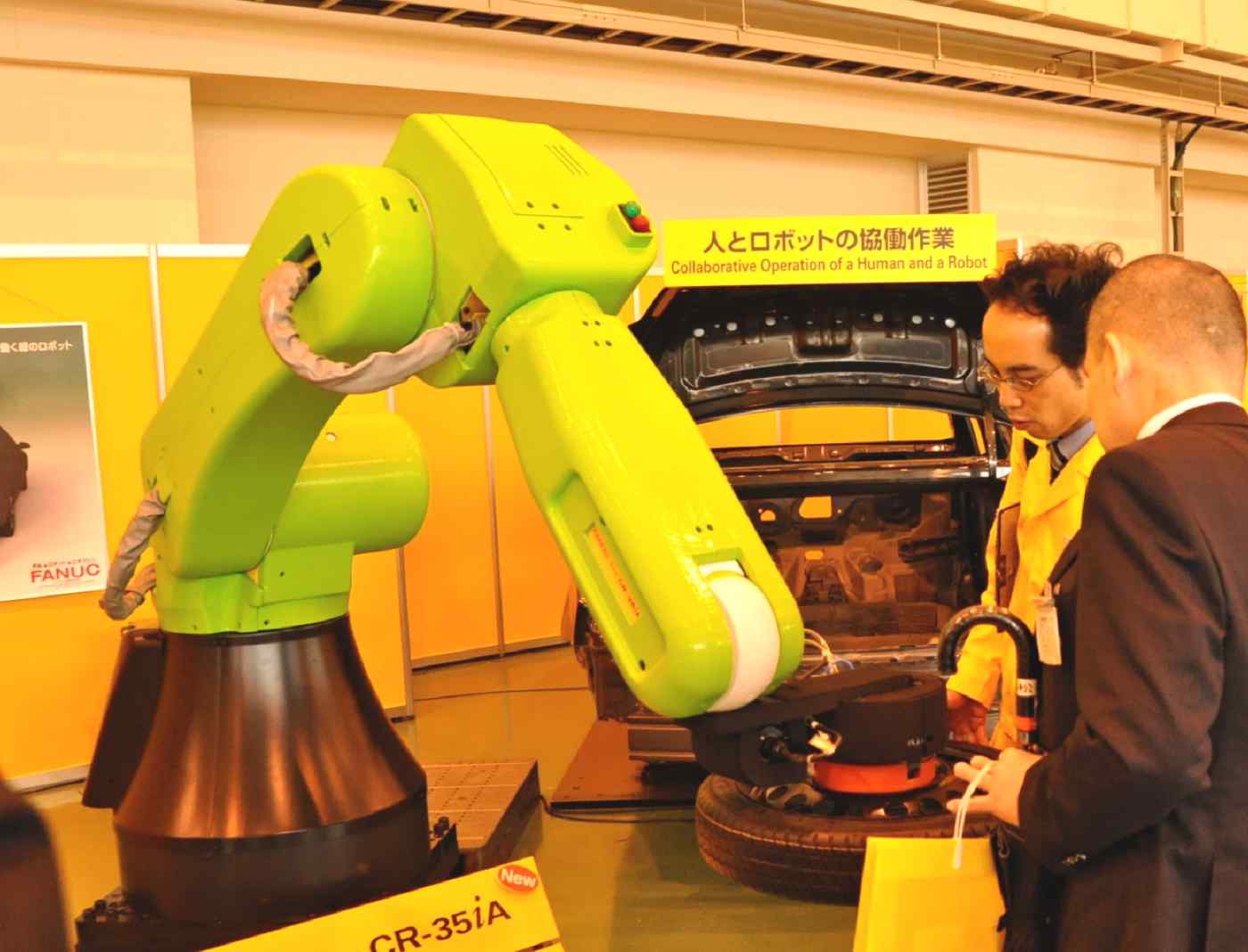 A Fanuc representative talks to a customer at an exhibition at its headquarters in April.
KEITA SEKIGUCHI, Nikkei staff writerJune 3, 2015 19:00 JST | Japan
CopyCopied

TOKYO -- Japanese robot maker Fanuc has reversed its negative stance on dialogue with the stock market, and is returning some of its ample cash reserves to shareholders. The news, announced in April, sent the company's share price up about 40% from the end of last year. However, many investors seem to have reservations about the company's growth strategy.

Fanuc recently appointed Kazuo Tsukuda, an adviser at Mitsubishi Heavy Industries, as an outside director. In its notice of its annual shareholders meeting on May 29 Fanuc said Tsukuda has "outstanding knowledge of the manufacturing and extensive experience in management." 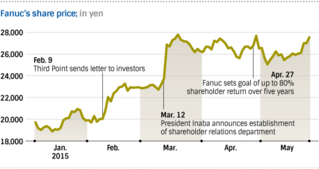 U.S. hedge fund Third Point, known for its shareholder activism, played a role in changing Fanuc's policy. The hedge fund bought a stake in Fanuc and in February sent a letter to investors, pointing out Fanuc's "illogical capital structure which does nothing for shareholder value." It urged the company to use some of its 1 trillion yen ($7.95 billion) in cash reserves to buy back its own stock and boost the share price.

On March 12, Inaba announced a department be set up devoted to investor dialogue. As a result of dialogue with its shareholders, Fanuc on April 27 said it had set a goal of allocating up to 80% of its profit to dividends and stock buybacks over the next five years, starting from the year through March 2015.

A generational change in leadership has also prompted Fanuc to make changes. After Fanuc's founder Seiuemon Inaba, who is also the father of President Inaba, retired in the autumn of 2013, the company implemented a council system, in which three vice presidents also have representation rights. Inaba worked hard to set up an organization that would still be here a century on.

At the end of last year, the company invited Hidenori Sugiura, senior researcher at Mizuho Securities, its lead manager, to its head office in Yamanashi Prefecture. Senior Executive Vice President Yoshihiro Gonda and others threw many questions at Sugiura, an expert in corporate finance. They were keen to know what to do with cash reserves of about 1 trillion yen at the end of March.

Yoshinao Ibara of Morgan Stanley MUFG Securities drew attention from the stock market when he said in his May 15 report that Fanuc's "festive mood" of shareholder payouts is almost over and investors should prepare for it. Fanuc's policy change sent its share price to an all-time high on April 28, though the company's share price has remained stagnant since then. The cancellation of treasury stock, announced in late May, did not provide much of a boost to its stock price, either.

Many investors are concerned about a decline in the company's share in numerical control equipment and Robodrill machine tools' dependence on smartphones. The company is forecast to post decreases in sales and profit in the fiscal year through March 2016.

There still seems to be plenty of room for Fanuc to deepen dialogue with shareholders. Although investors are keen to know how the company plans to boost earnings, Fanuc has continued to refuse drawing up a midterm management plan. "Given that we have trade secrets and medium-term outlook is subject to change depending on customers' capital spending, we can't give directions," Inaba said.