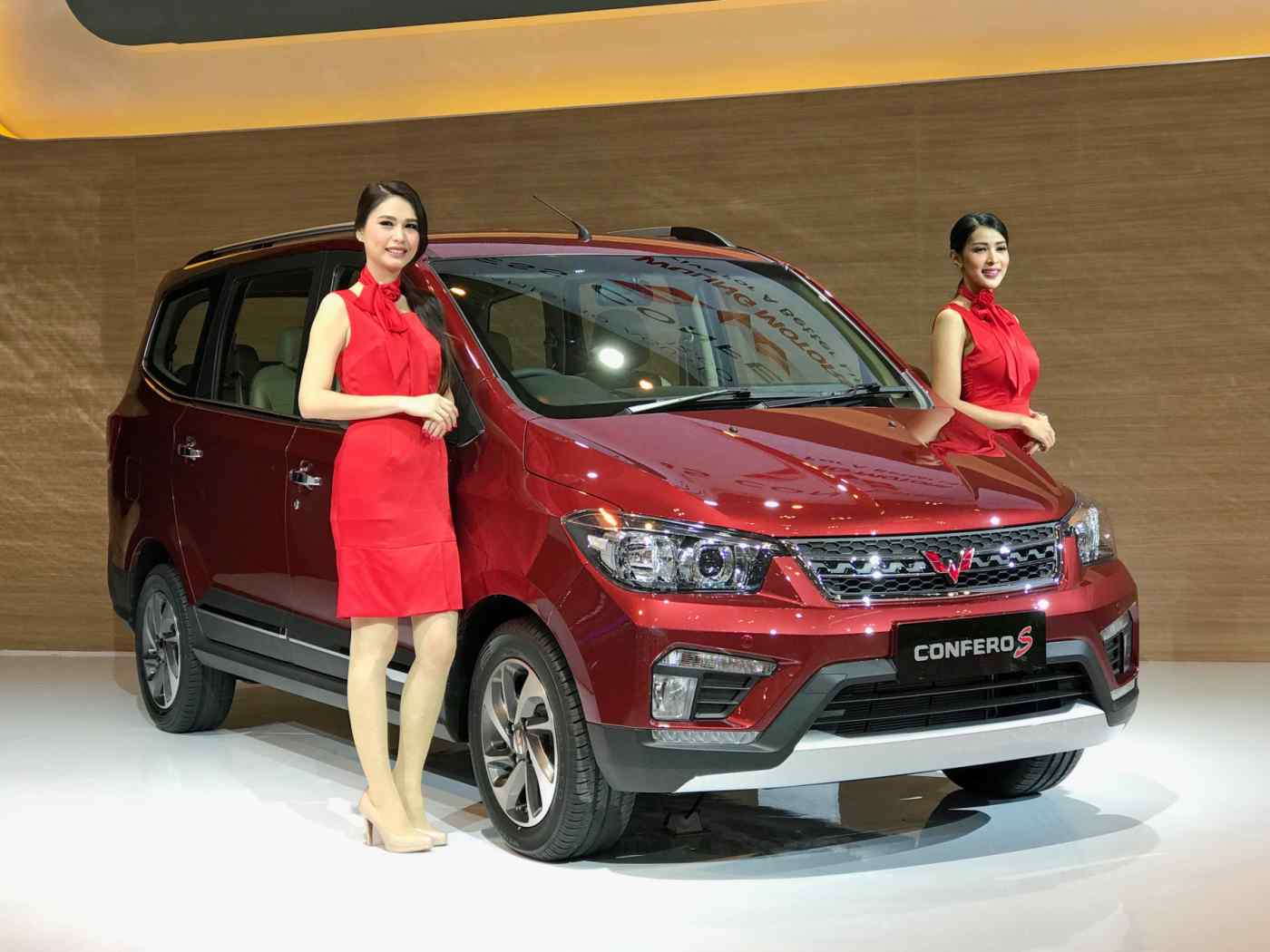 JAKARTA -- SAIC Motor and General Motors will roll out strategic compact minivans together in Indonesia, hoping to make a crack in the overwhelming dominance of Japanese automakers in this major Southeast Asian economy.

The Chinese and American partners laid out their plans Thursday, when the Gaikindo Indonesia International Auto Show kicked off in a Jakarta suburb.

In the main hall where the likes of Toyota Motor and Honda Motor are showcasing their latest, SAIC-GM joint venture SGMW Motor Indonesia has set up a large booth for its Wuling brand. Wuling was relegated to a small exhibit last year, lost among such commercial vehicles as trucks.

The Confero and Confero S compact minivans seat seven -- a popular feature in an Indonesia where people like to go out with family members and friends. Rear-seat air conditioning is available, and certain versions sport leather interiors for a classy ambiance. The cabin affords more room than those of conventional compact minivans.

But the biggest selling point of the Confero, which the venture characterizes as a true family vehicle, is price. The minivan starts at 130 million rupiah ($9,750), undercutting the Toyota Avanza by about 30%.

SGMW Motor will also add to its lineup compacts priced under 100 million rupiah, aiming for annual sales of 40,000 units next year. The target is ambitious, given that GM sold around 10,000 a year in Indonesia operating on its own here in the past.

GM suspended Indonesian operations in 2015 to focus on more promising markets. Now, with SAIC, the American giant is making a return.

The duo have a track record of success in offering low-priced vehicles in China. As the market expanded sharply in the 2000s, they captured demand there with the same Wuling brand.

Eager to put the know-how to use, the joint venture recently began production at a new plant in West Java.

SAIC and GM face challenges as well. One has to do with expanding the dealership network. Toyota, which has teamed up with local conglomerate Astra International, has about 300 dealerships across the country, compared just 50 or so in big cities for Wuling.

The Indonesian public's not-so-positive sentiment toward China over the tensions in the South China does not help. And many doubt the quality of Chinese products.

Indonesia enjoyed a Chinese-motorcycle boom back in the 2000s. But the bikes lost market share over time, plagued by such problems as reliability issues and time-consuming repairs. Japanese manufacturers have come to control more than 90% of the motorcycle market by sales.

To allay concerns over reliability, SGMW Motor has extended the warranty on the engine and transmission from the usual three years to five. And those who order new vehicles during the auto show will be offered free parts replacements for two and a half years.

In defense of their solid presence in Indonesia, Japanese automakers will roll out their own new offerings. Mitsubishi Motors said Thursday that it will release a strategic emerging-market model, the Xpander, in Indonesia and other parts of Southeast Asia. The model is slightly bigger than regular compact minivans, features bold styling like a sport utility vehicle, and offers a comfortable ride even on bad roads, which are common in Indonesia.

The company will begin mass production in September and release the product around October. A new West Java plant will build an annual 80,000 units. The model will be released in the Philippines next February and shipped to Thailand, Malaysia and Vietnam as well.

Unlike advanced economies and China, Southeast Asian countries are not bullish on electric vehicles -- a focus of Mitsubishi Motors. But CEO Osamu Masuko has revealed that the company is working with local authorities and others to promote the technology amid the prospect that they could suddenly gain momentum.

Toyota is also rolling out the Voxy in Indonesia to broaden its lineup of highly popular minivan offerings.

The Chinese manufacturers breaking into Southeast Asia are targeting different demographics than Mitsubishi Motors, but the Japanese company will prepare for the direct competition that could come sooner or later. SAIC builds vehicles in Thailand with a local conglomerate, while Chinese automaker Zhejiang Geely Holding Group has moved to take a 49.9% stake in a Malaysian manufacturer.

Auto sales in Indonesia increased for the first time in three years in 2016 and are seen rising about 4% to 1.1 million units in 2017, driven by the popularity of inexpensive compacts. The country of 250 million has ample growth potential.

But with the economy recovering more slowly than expected, new-vehicle sales only edged up on the year in the half ended June. Whether Wuling will spur demand is being closely watched by many.