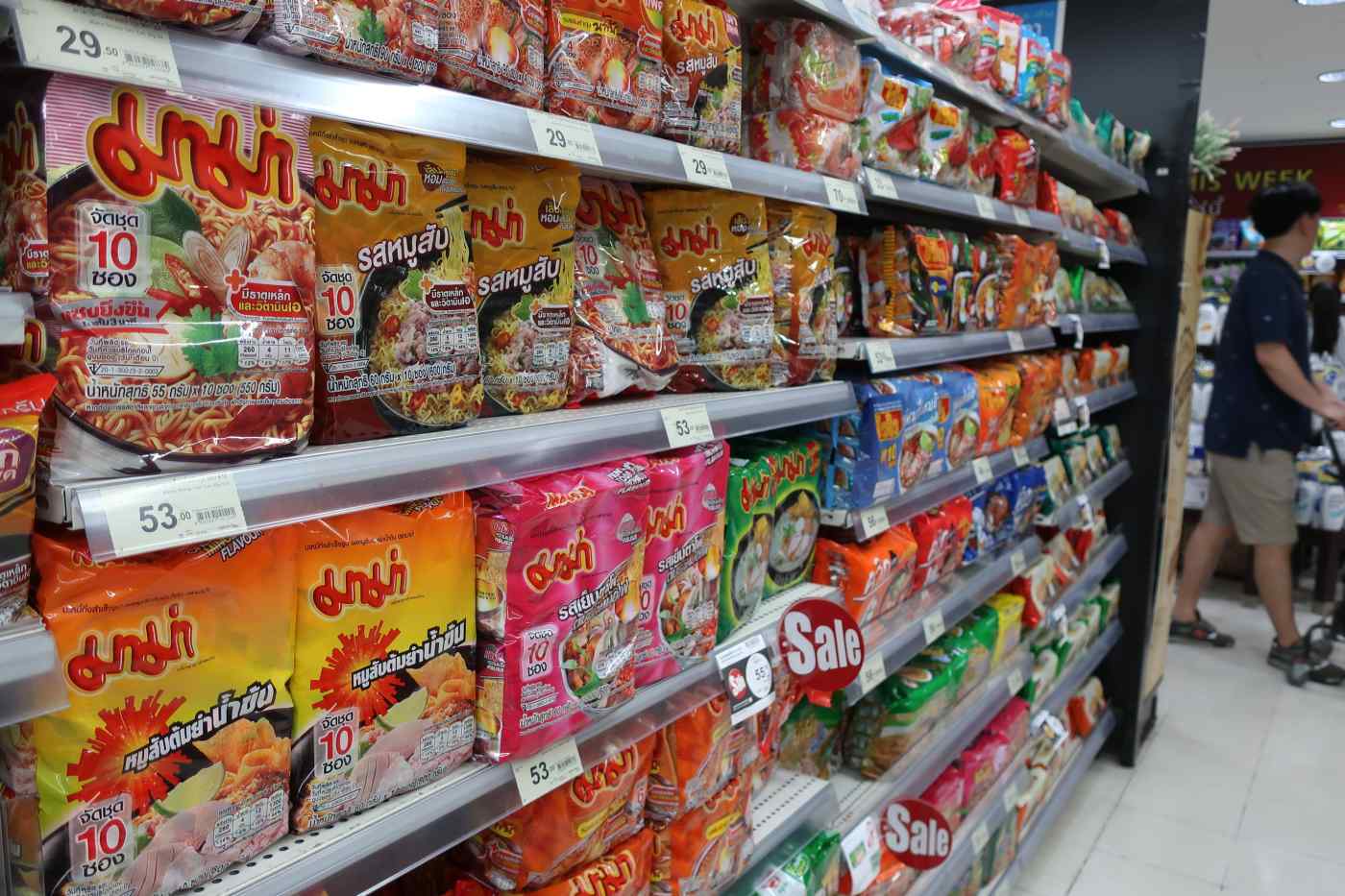 BANGKOK -- Saha Group, Thailand's instant noodle heavyweight, is spending 400 million baht ($12 million) to modernize its food business in a bid to boost sales and beat back encroachment from foreign competitors.

Saha Pathana Inter-Holding, the group's holding company, is the top shareholder at 25%. Japan's Nissin Foods Holdings has 16%, the second-biggest stake.

Not only did the new Thai President inherit the Mama brand, which controls about half of Thailand's instant noodle market, it also absorbed the group's meal packaging, baked goods, confection and fruit juice operations.

The capital investments are expected to help lift Thai President Foods' revenue to 30 billion baht in five years, a 36% jump from fiscal 2016.

Saha is preparing for tougher competition in the noodle market. One pack of Mama noodles is priced at around 6 baht, affordable enough for per-capita annual purchases to reach 49 units domestically. Mama, which has become synonymous with instant noodles in Thailand, is also exported to other Asian markets. But South Korean rivals, particularly Samyang Foods, have started to flex their muscle, which is prompting Saha to shore up its business.