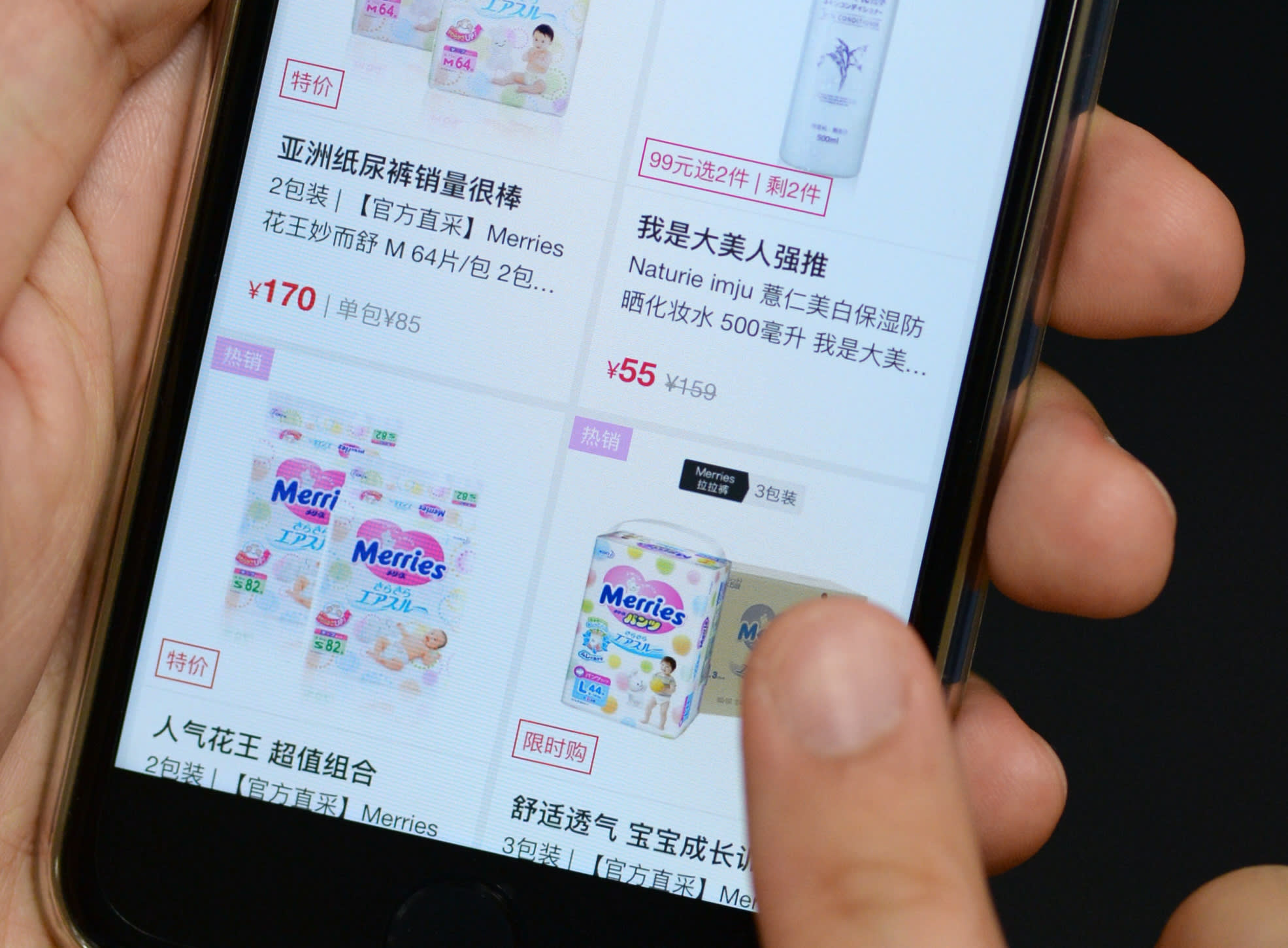 During a midyear sale Sunday to Tuesday on Kaola.com, "disposable diapers were 30-50% off," said Chen Si, a 33-year-old worker from Beijing. "It was the perfect chance to stock up, so I clicked right away." Daio Paper diapers went for 448 yuan ($65.59) for six packages, said Chen -- about one-fifth cheaper than on other sites.

Kaola, a Chinese rendering of the Australian koala bear, was launched in 2015 by internet portal NetEase. It follows the Amazon.com model of buying and reselling goods, unlike Alibaba's Tmall Global, where producers and providers sell via virtual storefronts. Kaola's low prices are its strength, and Chen, like a growing number of consumers, has been "using it even more than Alibaba lately."

About 60% of China's online shoppers ordering foreign goods directly online cite the likelihood of getting the real thing and avoiding knockoffs, according to China's iResearch Consulting Group. This consumer attitude is spurring new expansion in the international e-commerce market.

In 2016, Chinese cross-border e-shopping shot up at least 80% on the year to 219.8 billion yuan, iResearch data says. That tally represents a fairly small but growing fraction of the country's roughly $716 billion overall e-commerce market. The cross-border figure is expected to grow by more than half in 2017 to 341.3 billion yuan.

Major e-tailers are targeting that growing market with frequent sales. Alibaba's Nov. 11 Singles' Day sale is the best known, though second-place JD.com also offers discounts on June 18 to mark the anniversary of its founding. This year, Alibaba is among those launching large-scale sales around that time. Kaola's sales during its mid-year promotion apparently rose sixfold from the previous year, and it began another sale Wednesday to mark NetEase's 20th anniversary.

No official statistics on cross-border e-commerce market share are available. But according to Xu Xiangdong, CEO of China Market Research and Consulting, Alibaba holds a roughly 40% share compared to JD.com's 20% or so, and Kaola may be closing in on JD.

Getting a foot in the door

Alibaba's Tmall Global's 40 million users give it a weighty presence in China's international online shopping world, and the virtual mall offers products from some 60 countries. Japan led the site's sales by country in 2016 with 19.3%, followed closely by the U.S. and then South Korea.

But merchants starting up a shop through the service face high barriers. The initial security deposit can cost 150,000 yuan or more, on top of annual technology and service fees of 30,000 yuan or 60,000 yuan and a maximum 5% commission on sales. With other operating costs, including advertising, also adding up, some businesses have apparently withdrawn due to losses. Tmall Global's general manager, Liu Peng, says there is a big risk to setting up a physical store, but for cross-border e-commerce, companies use Tmall as a test site of sorts.

Kaola buys goods in bulk and ships them to China together, thus saving on transport costs. Operator NetEase also has a thriving online game business, and uses its abundant financial muscle to support price cuts. In 2018 it will begin operating a large warehouse in the port city of Ningbo, aimed at delivering products in bulk. NetEase CEO William Lei Ding says he hopes for Kaola to eventually enter the top three in China's e-commerce companies overall, among the likes of Alibaba and JD.

Japan's online retailer Belluna, which opened a site for Chinese users in May, is working with Chinese e-commerce support service Azoya, entrusting it with distribution and other tasks. Initial costs were near zero, and the company had no inventory risk. Cross-border e-commerce sites of various stripes -- including Vipshop Holdings, which offers premium brands including clothing, and XiaoHongShu, where users share shopping tips about foreign goods -- are flooding in as well.