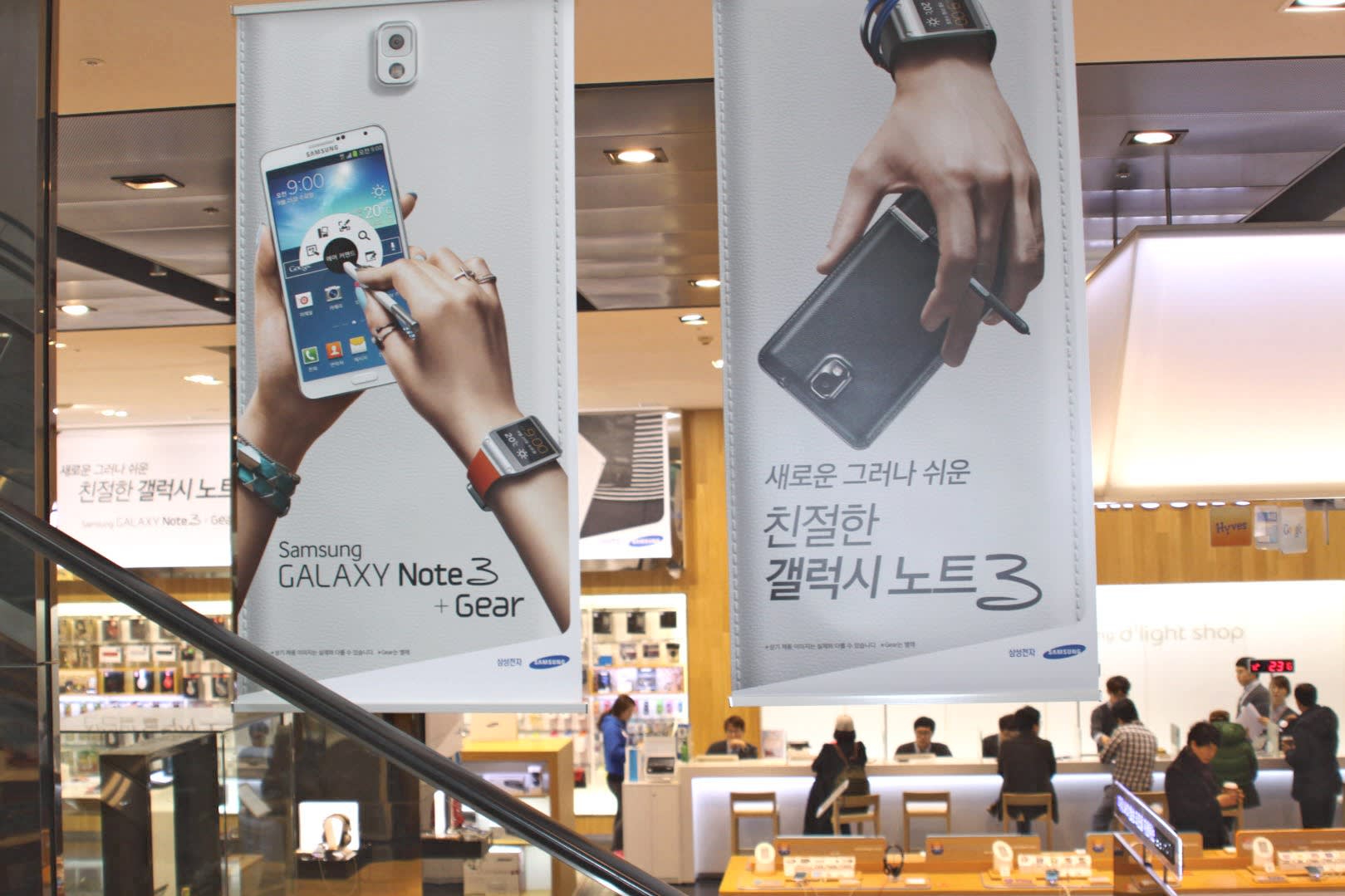 SEOUL -- Samsung Electronics Co. has announced that its group operating profit for three months through March dropped by 4% from a year ago to 8.4 trillion won ($8.07 billion), and that group sales remained almost flat at 53 trillion won.

Although the company is still posting a profit, it has been lower year-on-year for two quarters in a row. This is the first such consecutive two-quarter decline since April-September 2011.

Business at the South Korean electronics giant seems to slowing after years of robust growth. The decline of profit has been largely due to poor sales of high-end smartphones. The company's operating profit margin slid by 0.8 percentage point to 15.8%.

Samsung Electronics earns more than 60% of its operating profit from IT-related devices, including smartphones. Although sales are still growing, hot-sellers are increasingly medium- to low-priced products. Sales for the latest high-end models, including the Galaxy Note 3 that was released in September, have not met expectations. This decline in the amount of the average sale is weighing on profitability.

According to some market sources, the company is also building up cash reserves of about 300 billion won in preparation for payment associated with a patent litigation with Apple.