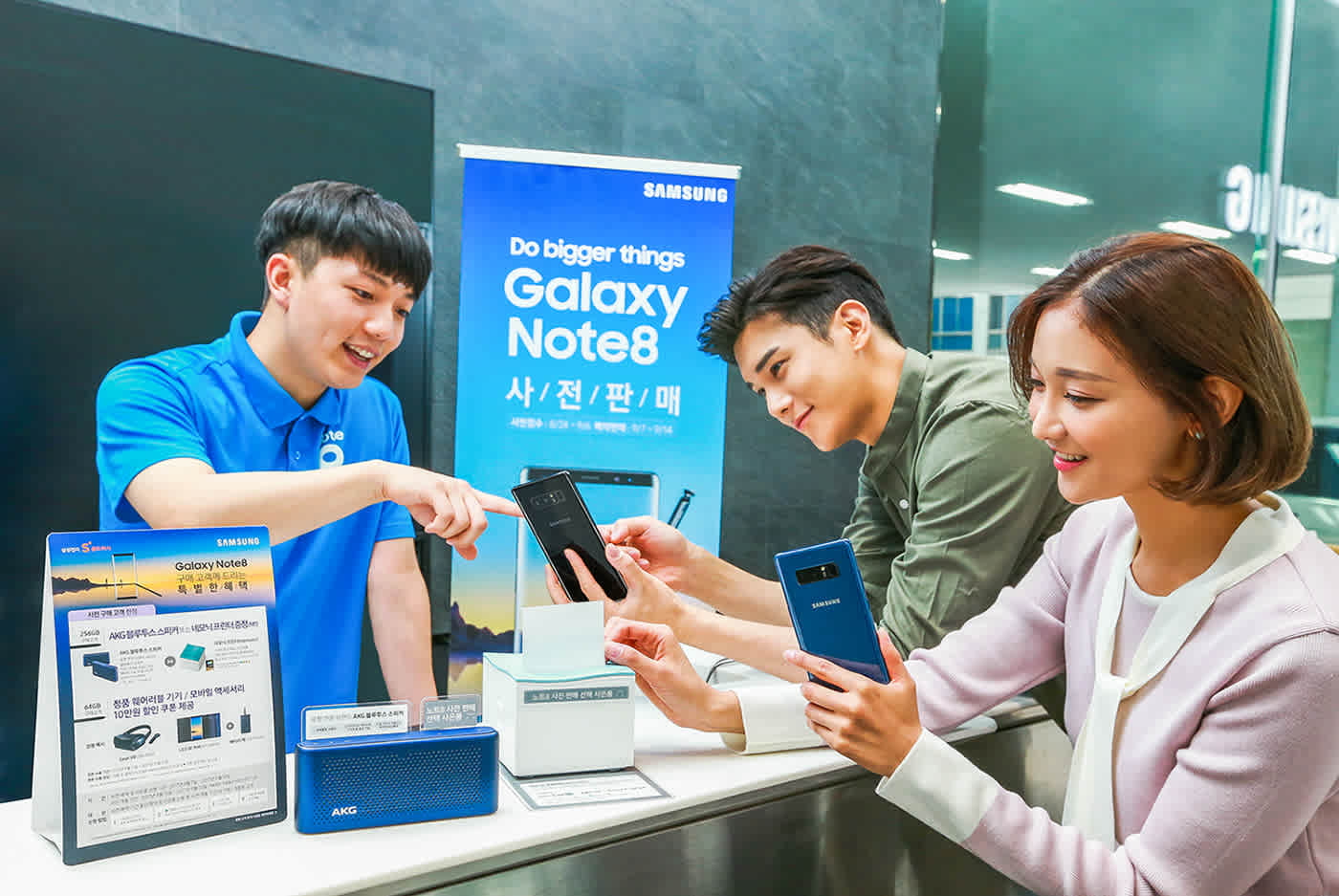 SEOUL -- Samsung Electronics on Thursday began taking preorders for the latest version of its flagship smartphone, Galaxy Note 8, promising users a better experience, thanks to an improved screen and S Pen stylus. The device will go on sale Sept. 15.

The South Korean gadget maker said the new model is an upgrade on earlier editions, with its 6.3-inch active-matrix organic light-emitting diode display. Its improved S Pen, which has a finer tip and is more pressure-sensitive, will also help users communicate more easily, the company said.