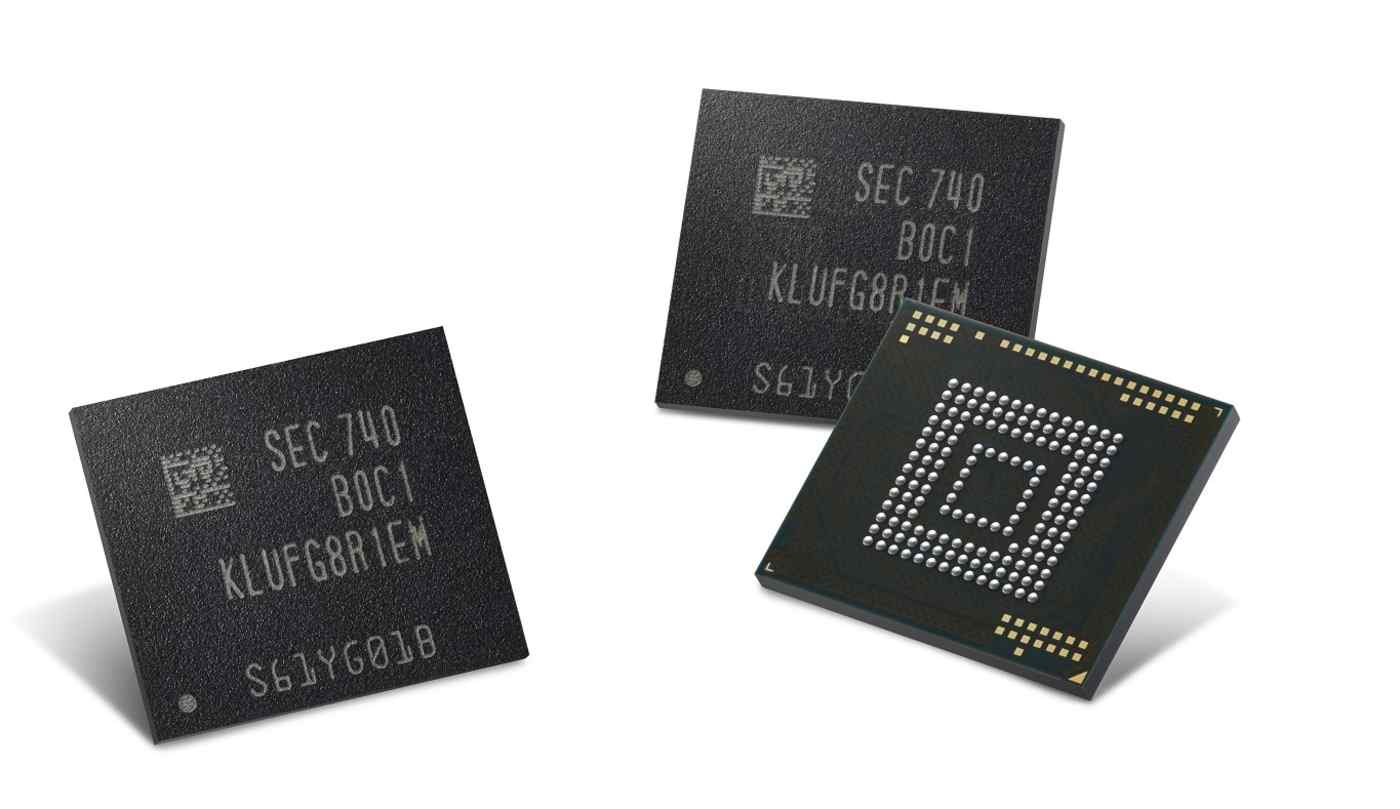 SEOUL -- Samsung Electronics has doubled the capacity of its smartphone flash memory to 512 gigabytes, and has begun mass-producing the new storage packages, the company said Tuesday.

The increased capacity is due to appear in premium phones including the South Korean electronics heavyweight's devices to be released in 2018. It gives users enough room to store 130 videos of about 10 minutes apiece shot in ultra-high-resolution 4K, Samsung said.

The 512-gigabyte milestone will mark Samsung's third straight year shipping new devices with doubled storage capacity since it developed 128-gigabyte memory in 2015. It represents the company's successful commercialization of 3-D flash memory with elements stacked in 64 layers; Samsung aims to advance in the future to 96 layers.

Leading smartphones currently on shelves, including those of Samsung and iPhone juggernaut Apple, come with 256 gigabytes of memory.