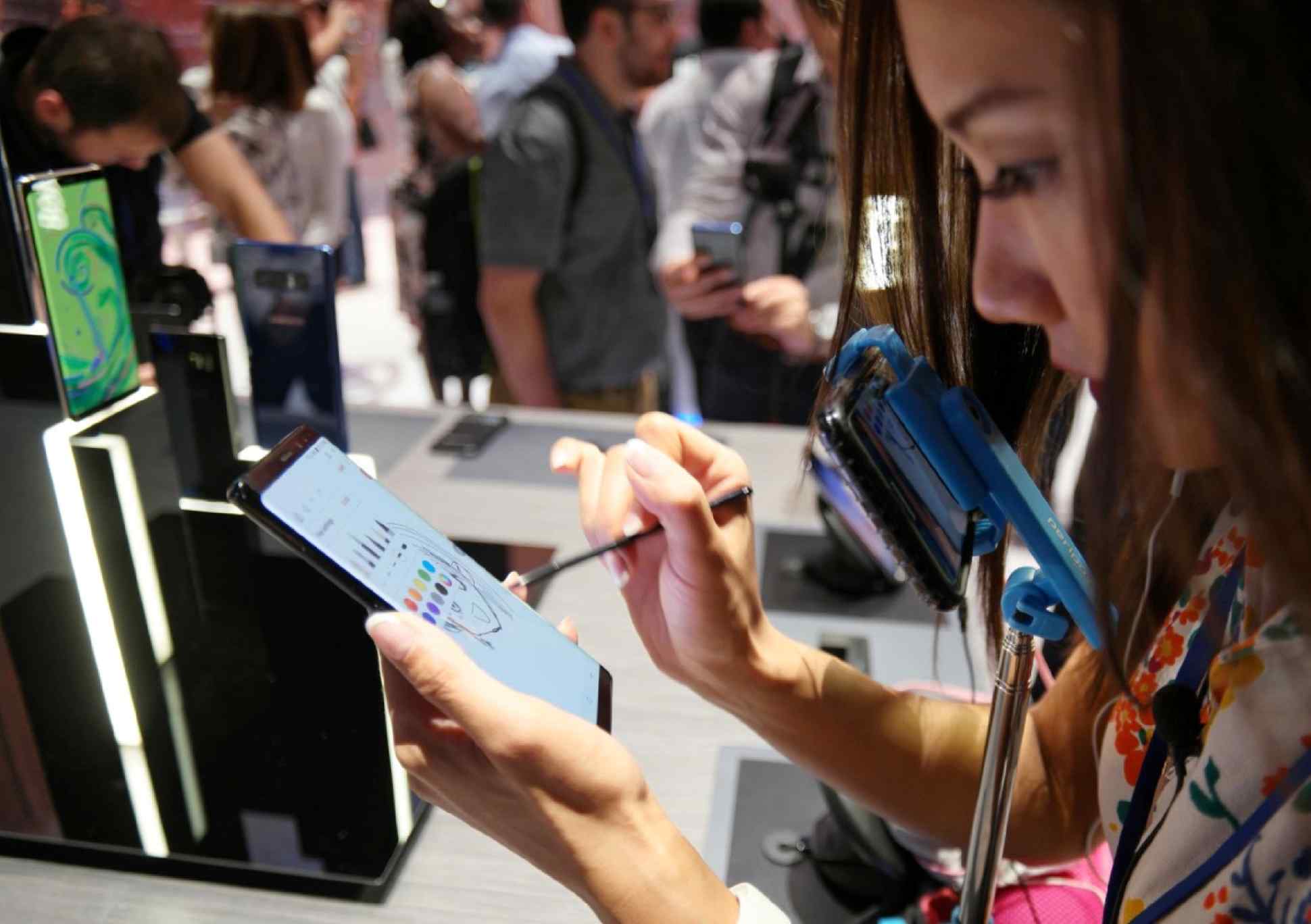 SEOUL -- Samsung Electronics hopes to quickly overcome technological challenges and unveil a foldable smartphone next year, determined to guard its increasingly tenuous market perch against threats from Apple and other up-and-coming tech players.

The foldable smartphone is on the conglomerate's product strategy "roadmap," with "its release aimed for next year," Koh Dong-jin, president of the mobile business, said Tuesday at the unveiling of the Galaxy Note 8.

The planned phone will feature a bendable display that users would shut when talking and open like a wallet when enjoying games, movies or surfing the web.

The literal flexibility of such a design affords the advantages of a tablet while remaining compact, making the phone ideal for business uses as well. Bendable devices long have been considered the next big thing in smartphones, but only organic light-emitting diode displays have the required pliability.

Samsung officials claim the basic technology is ready but that they are still struggling to ensure durability and accentuate the differences with tablets. Koh acknowledged there are "several hurdles to overcome."

Apple, too, unveiled its new iPhone lineup Tuesday, but the South Korean company's announcement took place a half day earlier due to the time difference between California and Seoul. Though Samsung claims the overlap was a coincidence, few take the company at its word.

Being first in the world to announce a foldable phone carries an immeasurable marketing impact, said Lee Seung-woo at Eugene Investment & Securities. By beating rivals to cutting-edge technology, Samsung aims to perpetuate the perception of global dominance.

Smartphone makers have sought new designs to get ahead in a market that is becoming saturated. But liquid crystal displays are not pliable, the first new design taking advantage of the freedom provided by OLED technology is expected to be a foldable model.

Samsung controls 90% of the world's OLED smartphone panels and even serves as the exclusive supplier for Apple's iPhone X. The South Korean conglomerate plans to use in-house OLED production to jump ahead with the foldable device and maintain its lead in the smartphone market.

Smartphone profitability has leveled off for Samsung. Though sales in the company's information technology and mobile division surpassed 30 trillion won ($26.5 billion at current rates) in the April-June quarter for the first time in roughly three years, operating profit fell 6% on the year.

Samsung is seen at risk of losing the crown as the world's largest smartphone maker as Huawei Technologies, the No. 3 maker globally, and other competitors gain ground. The conglomerate has determined that next generation products are essential for demonstrating its technological prowess.

Sales began Friday for the Galaxy Note 8, which was relatively devoid of new features other than a twin-lens camera. Yet orders from businesses were strong, with sales expected to reach 11 million units worldwide this year, SK Securities estimates, in a rebound from the battery troubles that plagued the Note 7.

Samsung aims to navigate safely through this year and begin sales of the bendable devices next year, when Chinese rivals are expected to make further gains. The company's future hinges on pushing the envelope technologically while avoiding further incidents involving safety or quality.