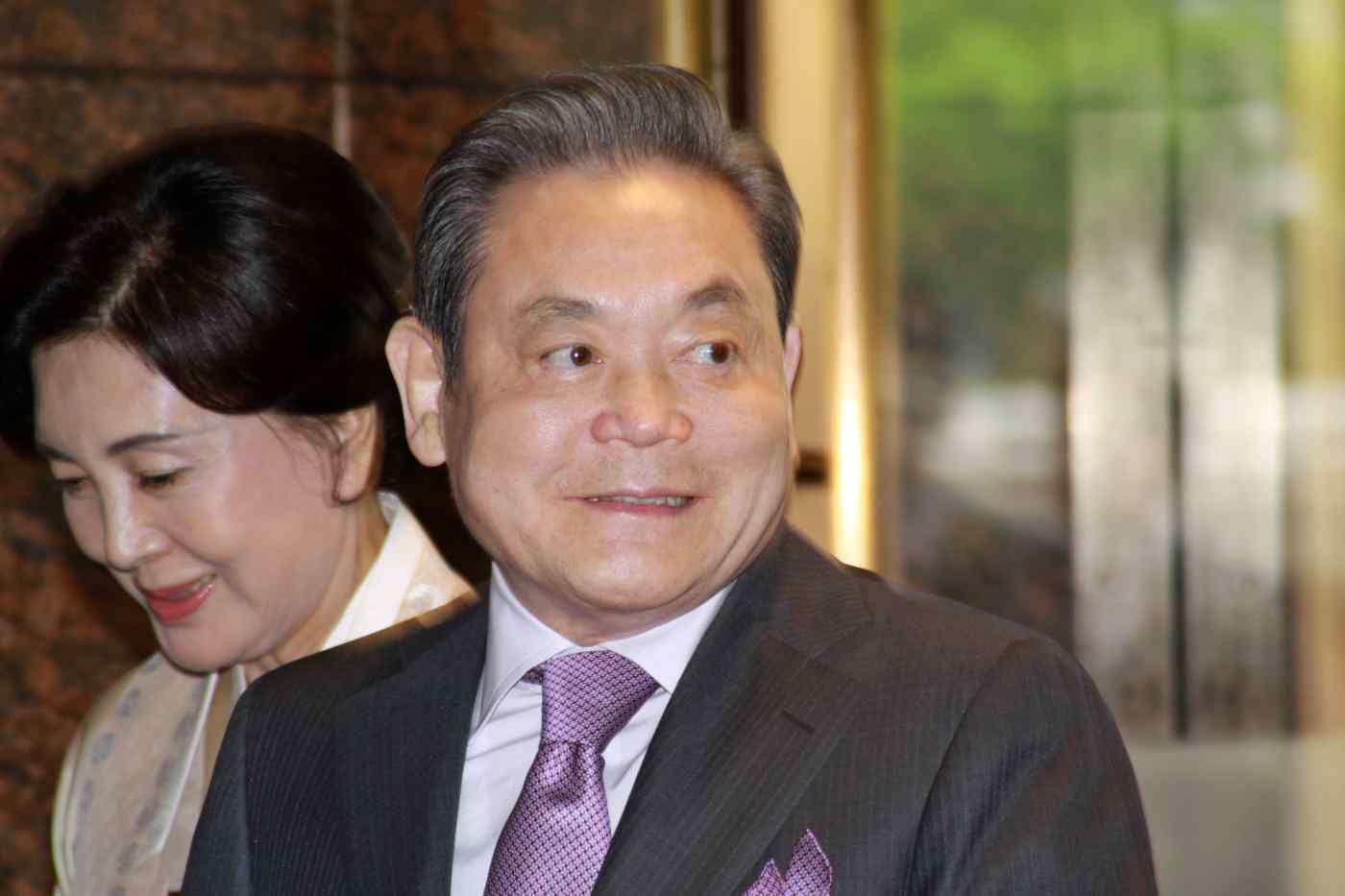 SILICON VALLEY -- With the smartphone boom beginning to cool, Samsung Electronics' once-phenomenal growth has hit a wall. The South Korean electronics giant is scouring Silicon Valley, America's innovation capital, for the seeds of new business. But reaping the same benefits it did years before in Japan will not be easy.

On a hill in San Francisco stands a brick building. Though there is no sign outside to indicate it, Samsung leases two floors there. More than 100 staff members, hired in Silicon Valley, San Francisco and other areas, are said to work there. According to a local person related to the company, the employees are industrial designers in charge of making products both attractive and user-friendly.

Their leader is Howard Nuk, who used to work for frog design, a company entrusted by Apple co-founder Steve Jobs to design his company's devices. This choice of hires indicates Samsung is trying to follow in Jobs' footsteps, at least in product development.

Samsung's rapid growth has been attributed in part to the fact that it learned from such Japanese electronics makers as Sony and Panasonic by carefully studying their products and hiring a large number of Japanese engineers. The company gathered information on Japanese manufacturers through a research and development facility in Yokohama and also paid many Japanese engineers handsomely to make short trips to South Korea to provide technological guidance.

Samsung now commands worldwide respect in the information technology industry. In 2013, its share of the global smartphone market by shipment volume rose to a record high of 31.3%, while Apple's share stood at 15.3%, according to U.S. research firm IDC.

But now that it has become No. 1 in the intensely competitive smartphone market, Samsung is shifting its focus.

This change began in 2011, when Samsung Chairman Lee Kun-hee declared that Samsung would shift from a hardware-led company to a software-led one. At the time, the company was rapidly expanding its global market share in the flat-panel-TV and semiconductor businesses, and it was also catching up with Apple in smartphones. But Lee, who holds absolute power in the company, had cause for serious concern.

After an analysis by well-known outside management consultants and in-house management executives, Lee received a report that Samsung's Achilles' heel was its weakness in developing software. Lee wasted no time in responding.

His directive to focus on software meant the company had to begin improving its design and development capabilities. In response, Samsung's executive council, which consists of top executives from its group companies, concluded that a "Silicon Valley shift" was essential. As it happened, this coincided with the beginning of a string of patent lawsuits between Samsung and Apple.

Three years on, executives at personnel placement agencies in Silicon Valley now say Samsung is recognized as an IT industry giant among local people and is attracting its fair share of designers and engineers.

Samsung now has nearly 10 business establishments in and around Silicon Valley, including research and design facilities. The company is also constructing four buildings as part of a huge software research center near the headquarters of U.S. IT giant Google.

And last year, Samsung set up an in-house venture fund, giving it the authority to invest up to $1.1 billion. The company is searching for startups with technology in such fields as gaming, maps, video calls, location information sharing and search engines. Simply pouring out large amounts of money, however, is no guarantee that the company will be able to attract talented personnel and promising ideas.

The success or failure of Samsung's new drive rests largely with David Eun, the company's executive vice president and its front-line commander. A Korean-American, Eun worked for Google, where he was in charge of procuring content for its YouTube business. He has a wide network of personal connections in Silicon Valley and elsewhere in the U.S.

Rather than sending a South Korea-born executive from its head office, Samsung chose Eun, offering him the same sort of perks it would have given the head of one of its business units. The company is trying to show consideration for the area's established culture, but that alone is not enough for it to fit in. For one, Samsung's top-down corporate culture often clashes with Silicon Valley's more liberal style.

During lunchtime at Samsung's R&D center in the heart of Silicon Valley, it is not unusual to see locally hired employees and staff members sent from South Korea having lunch at separate tables. A midlevel employee who left Apple to join Samsung said the South Korean company might not be the kind of place where local hires like him want to work for a long time. He added that he was uncomfortable with Samsung's way of managing employees, which has been described as militarylike.

Another problem is that while Samsung is struggling to integrate into the Silicon Valley community, another group is already gaining ground: companies from China. Ken Wilcox, chairman of Silicon Valley Bank, a major local bank known for investing in Facebook, said China is by far the largest source of foreign funds flowing into the area. Naturally, the influence of Chinese companies is growing rapidly in the local business community.

The presence of Chinese companies and entrepreneurs has eclipsed even Samsung, and "red Silicon Valley" businesses are cropping up all over the area, Wilcox noted.

A person familiar with the trend said the Chinese government was also lending its support behind the scenes. For many businesspeople and entrepreneurs in Silicon Valley, Samsung's value as a business partner pales in comparison to China's ample cash and huge consumer market.

Samsung posted its first profit decline in about two years in the October-December quarter of 2013 as its smartphone business, which had driven its growth, lost steam. Without effective measures, the company could follow the descent made by its Japanese rivals. To experience a new growth period, it will have to make use of the human and technological resources Silicon Valley has to offer.