Latest diagnostic imaging tech is faster, more accurate than even the most experienced physician 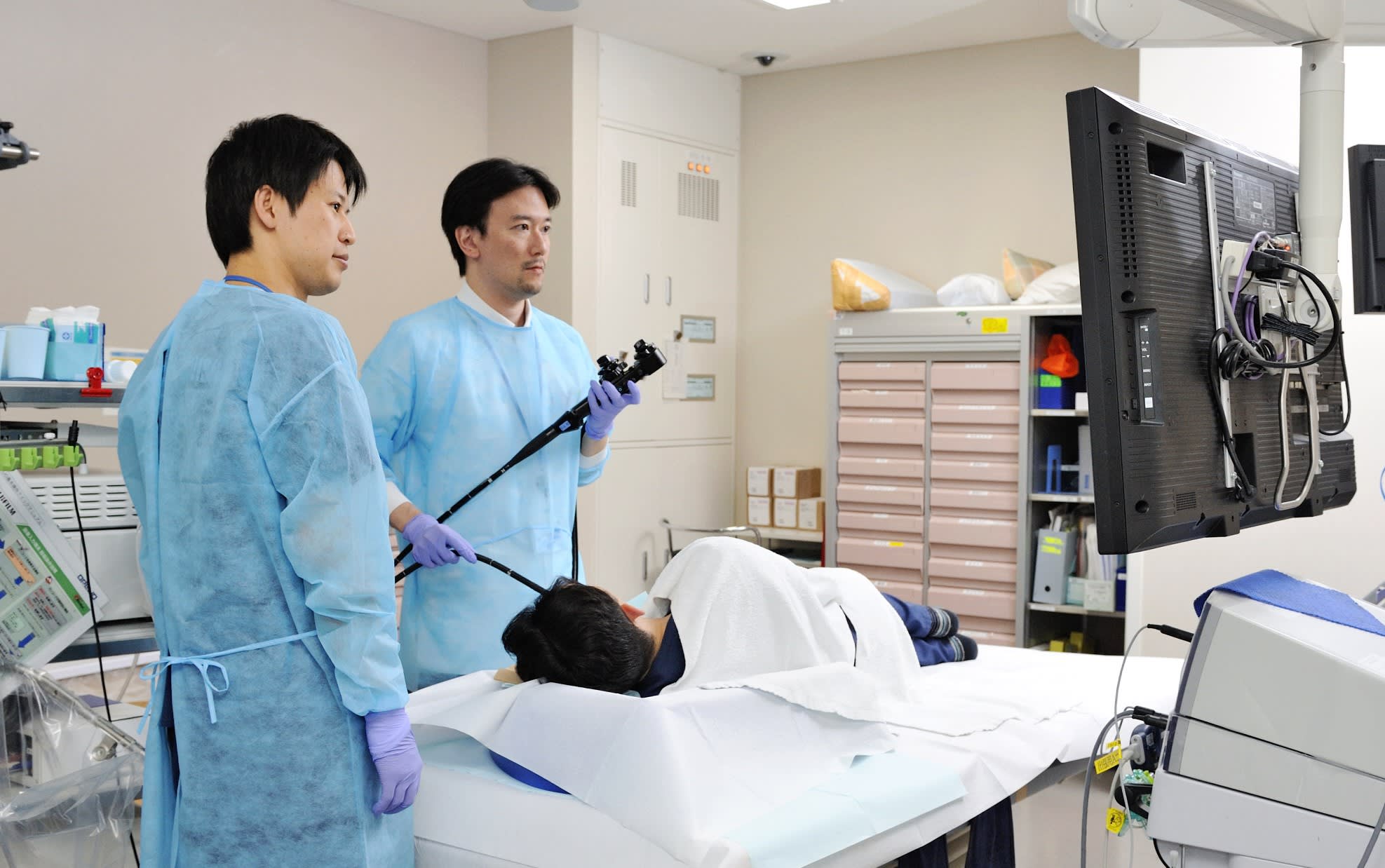 TOKYO In the near future, doctors will be using diagnostic imaging technology that employs artificial intelligence to find abnormalities so small even the most knowlegable physician might miss them. Groups of physicians, major computer hardware companies and venture firms are competing to develop this kind of technology, fueling hope that it may help alleviate the shortage of physicians in specialized fields.

"We hope to develop AI that can perform on a par with experienced physicians," said Kiyohito Tanaka, a special deputy to the president of the Japan Gastroenterological Endoscopy Society. This year the association of gastrointestinal specialists began research on AI-assisted diagnosis using endoscopic imaging.

IMPROVING ACCURACY The first job is building an image database. It will collect about 320,000 pieces of imaged information from 32 hospitals, including the National Cancer Center Hospital in Tokyo's Chuo Ward.

In a single test a hospital takes 40-150 images for doctors to use in their diagnosis, in the medical history of the patient and family members, and in other related information. The AI will access the database to improve the accuracy of its diagnoses on its own through deep learning.

Computer-assisted imaging analysis is used in facial-recognition technology in digital cameras, and hope is growing for its application in medicine. Fujifilm has introduced a commercial system that can compare a given image to similar images from past cases.

Deep learning is pushing progress in the development of AI for more advanced applications such as self-driving vehicles and evaluating emotional states. Methods for AI data analysis have generally been defined by human operators, but that function is being overtaken by new algorithms that simulate how the human brain works, allowing the AI to derive characteristics of the data on its own. The JGES research involves physician opinions in growing the AI so it can accurately analyze as a physician does. A system for separating patients with a specific disease from those with false positives "will likely be realized in three years or so," Tanaka said.

LPixel, a University of Tokyo venture led by Yuki Shimahara, is working to develop software to detect aneurysms in the brain. An aneurysm can cause brain damage, and early detection is crucial in preventing it. The company is providing its diagnostic AI with MRI images collected from 10 health-care institutions and diagnostic information compiled by physicians to encourage deep learning.

The software shows 3-D images of blood vessels marked with possible locations of aneurysms in red. Boasting over 90% accuracy now, LPixel plans to win approval to commercialize its system as medical equipment and begin clinical testing this year, aiming for market introduction in 2019.

JOINT EFFORTS Several other medical societies have begun research to support AI-assisted diagnostic imaging. For example, leading U.S. computer chip maker Nvidia is considering commercial introduction of an AI-assisted cancer-diagnosis system in Japan. Joint efforts in the field between corporations and the academy are increasingly active.

Research company Fuji Keizai projects that Japan's medical AI market will more than double, from 3.7 billion yen ($32.8 million) in 2016 to 9.8 billion yen by 2020. Behind this is a projected shortage of physicians specializing in diagnostic imaging. To reduce heathcare spending, the government is promoting early diagnosis and treatment of disease. With broader popular awareness, 46.4% of Japanese men aged 40-69 participated in stomach-cancer screenings in 2016, up about 10% in six years.

The number of specialist physicians is limited. The JGES has about 33,000 physician members, but "they won't be enough if screenings increase," Tanaka noted. Japan has only about 5,300 physicians specializing in radiographic diagnosis and about 2,300 post-radiography cell researchers.

AI-assisted and automated diagnosis could reduce the workload per physician and speed the process up, with positive effects like detecting symptoms that are hard to detect with the human eye and raising the overall accuracy of diagnosis in hospitals nationwide.

Some hurdles remain. "It's not easy to grow an AI that's as wise as a human," said Prof. Shinichi Sato of the National Institute of Informatics, in charge of AI development in the JGES research. For example, even after learning the characteristics of "house" from a large volume of images of houses, AI can still mistake an outdoor nursery structure for a house, for example.

In Japan, diagnostic imaging equipment in use nationwide produces large volumes of visual data. Wise application of this data could lead to the development of advanced AI for medical applications around the world.

Keyword: Diagnostic imaging
This term encompasses methods of diagnosing abnormalities that might otherwise be dismissed, such as certain cancers and aneurysms, by analyzing images of the inside of the human body. Several imaging methods, including X-rays, computerized tomography and MRI, are used for different targets and purposes.
Because it takes time to train specialists who can spot small abnormalities in images, artificial intelligence is raising new hopes in the field. More corporations are being set up to handle diagnostic imaging for understaffed hospitals.