Among India's many claims to fame is the ancient medical science known as Ayurveda (from the Sanskrit words ayur, or life, and veda, science). This is a healing method that relies on herbs as medicines for maintaining good health. The 5,000-year-old system of natural healing is originated in India's ancient Vedic culture. It was suppressed during the years of foreign occupation, but its medical practices have been enjoying a resurgence both in its native land and throughout the world. 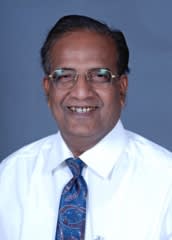 Early Greek medicine embraced many concepts originally described in classical Ayurvedic texts dating back thousands of years. Traditional Tibetan and Chinese medicine also have roots in Ayurveda. Over time, Ayurveda has become the science of life, encompassing body, mind and spirit. This body of knowledge is believed to have been originally delivered by God to sages and seers, who were yogis renowned in their insight, intuition and keen observation of human behavior. They handed down their knowledge to their disciples. An important goal of Ayurveda is to identify the ideal state of balance of a person and offer solutions using diet, herbs, music, massage treatments and meditation to restore the body's balance.

The key concepts of Ayurvedic medicine are based on universal interconnections among people, their health, the universe, the body's constitution and life forces that are often compared to the "humors" of the ancient Greek system. Using these concepts, Ayurvedic physicians prescribe individualized treatments that include herbs, diet and exercise along with lifestyle recommendations. The majority of the Indian population today uses Ayurvedic medicine, combined with conventional Western medicine, a practice popular all over Southeast Asia as well.

The science and practice of Ayurveda are narrated in ancient texts, including "Charaka Samhita," a treatise on general medicine. This refers to a large collection of Hindu sacred texts, the Vedas. In Vedic philosophy, human beings are part of nature, animals and plants are interdependent, and there is an inherent relationship between the universe and human beings. Unlike the animal kingdom, humans live in a more complex natural world where they are constantly exposed to environmental changes like weather, diet, work, society, the economy and lifestyle. It is believed that these forces can negatively influence people's state of mind, body and soul.

According to Ayurvedic science, every individual has three bodily states -- Vata, or air and ether, which give us movement and activity; Pitta, or fire and water, responsible for heat, appetite and digestion; and Kapha, or earth and water, responsible for water and bodily fluids. When these states are in perfect balance, the individual enjoys good health; any imbalance causes disease. Ayurveda seeks to address imbalance through holistic healing. Understanding the individual is the foundation of healing.

Herbs are the heart of Ayurvedic medicine. Flowers, roots, stems and leaves of trees are processed into various forms to release their optimum potential. Over 15,000 herbs are mentioned in the scriptures, of which only about 900 are commonly used in Ayurvedic medicine. Neem is the most commonly used herb to keep all diseases at bay and support the body's natural defense mechanisms. Ginger, amla,ashwagandha and turmeric, among others, are also important plants in this traditional system of medicine. Recently, scientists at the University of Natural Resources and Life Sciences in Austria discovered that curcumin -- a compound derived from the turmeric plant, commonly used in Indian curries -- stops the growth of cells, eventually killing cancer cells.

Ayurveda is also the science of longevity. Since its origin in India, it has become an integral part of our society, and it teaches people how to be healthy, wealthy and wise in any circumstance. Many Ayurvedic practices predate written records and were advocated by word of mouth. Three ancient books known as the Great Trilogy -- "Charaka Samhita," "Sushruta Samhita" and "Astanga Hridaya" -- written in Sanskrit more than 2,000 years ago, are considered the main texts on Ayurvedic medicine.

Ayurvedic literature counsels "slow and steady wins the race." Most people find that diet is the best place to begin an Ayurvedic lifestyle along with medicine. My own experience in using Ayurvedic medicine containing herbal ingredients helped to control my blood glucose levels along with exercise and practicing yoga.

The Indian government recently established the Central Council for Research in Ayurvedic Sciences, an autonomous body of the Department of Ayurveda, Yoga and Naturopathy, Unani, Siddha and Homeopathy, for the standardization of formulation development and promotion of research into Ayurvedic medicine. In India, over 2,000 colleges offer degrees in Ayurvedic medicine.

Tejraj M. Aminabhavi is an All India Council for Technical Education Emeritus Fellow and received the Nikkei Asia Prize in 2013.