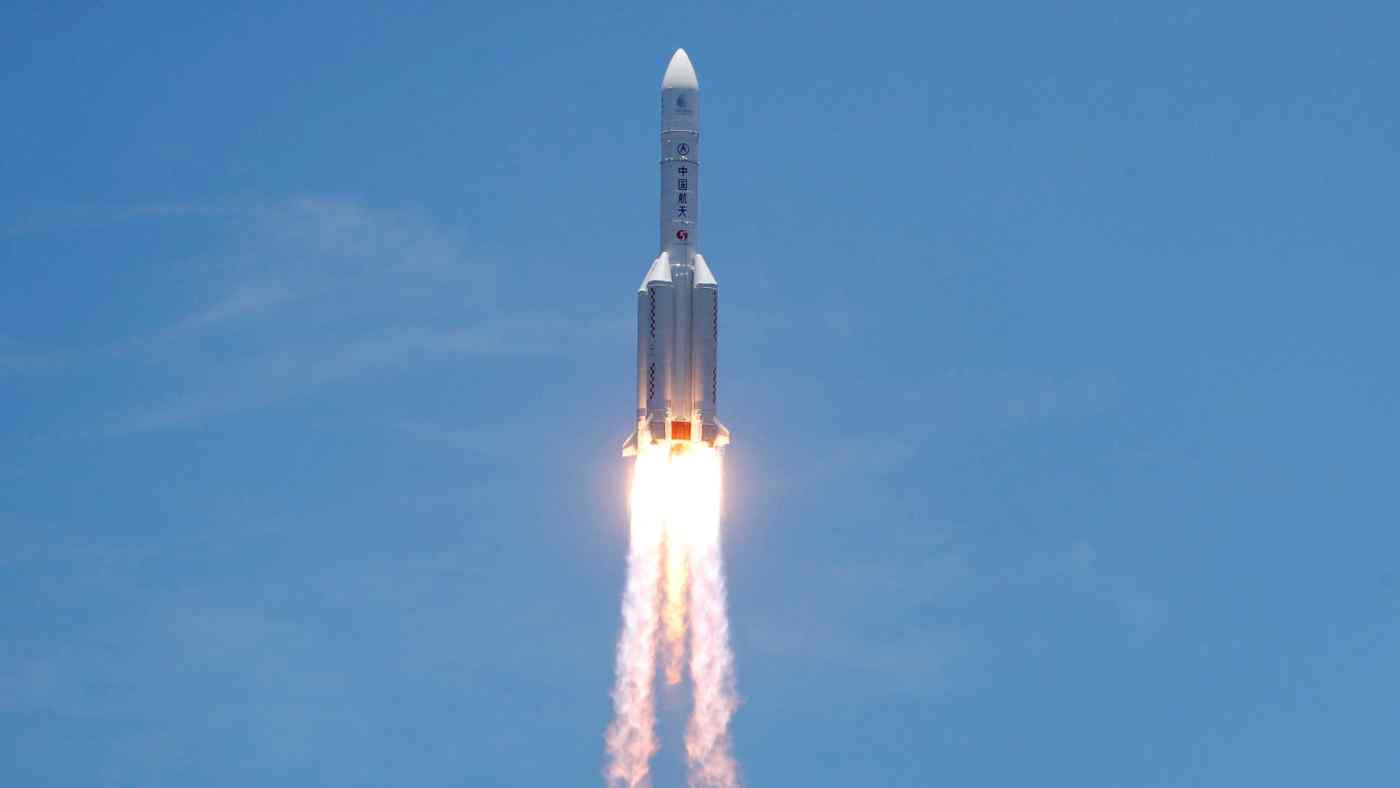 BEIJING (Reuters) -- An uncrewed Chinese spacecraft on Wednesday successfully entered orbit around Mars after a six-and-a-half-month journey from Earth, China's space agency said, in the country's first independent mission to the red planet.

The robotic probe carried out a 15-minute burn of its thrusters at 7:52 p.m. Beijing time, the China National Space Administration said in a statement, slowing the spacecraft to a speed at which it could be captured by the pull of Mars' gravity.

In May or June, the Tianwen-1 will attempt to land a capsule carrying a 240-kg rover in a rapid seven-minute descent onto a massive plain in the northern hemisphere of Mars known as Utopia Planitia.

If the landing is successful, the solar-powered rover will explore the Martian surface for 90 days, studying its soil and seeking signs of ancient life, including any sub-surface water and ice using a ground-penetrating radar.

Tianwen-1, or "Questions to Heaven," the name of a Chinese poem written two millennia ago, is China's first independent mission to the planet after a probe co-launched with Russia failed to leave the Earth's orbit in 2011.

The probe is one of three reaching Mars this month. The Hope spacecraft launched by the United Arab Emirates successfully entered the planet's orbit on Tuesday. Hope will not make a landing but will orbit Mars gathering data on its weather and atmosphere.

Tianwen-1 will also have an orbiter component surveying the Martian atmosphere with a range of instruments including a high-resolution image camera.

The two probes join six other orbiting spacecraft above Mars launched by the National Aeronautics and Space Administration (NASA), the European Space Agency (ESA) and India.

In the U.S.' most ambitious Mars mission, the 1-ton Perseverance probe is expected to arrive on Feb. 18. It will immediately attempt a landing in a rocky depression with precipitous cliffs called Jezero Crater.

On the surface, Perseverance will gather rock samples for retrieval by a future mission. Two other NASA rovers -- Curiosity and InSight -- are currently operating on the planet's surface.

Perseverance will also attempt to deploy a small helicopter named Ingenuity in the thin Martian atmosphere.