Drugmakers are drawn to Japan's laboratory in space

Weightlessness an advantage in quest to find causes of diseases 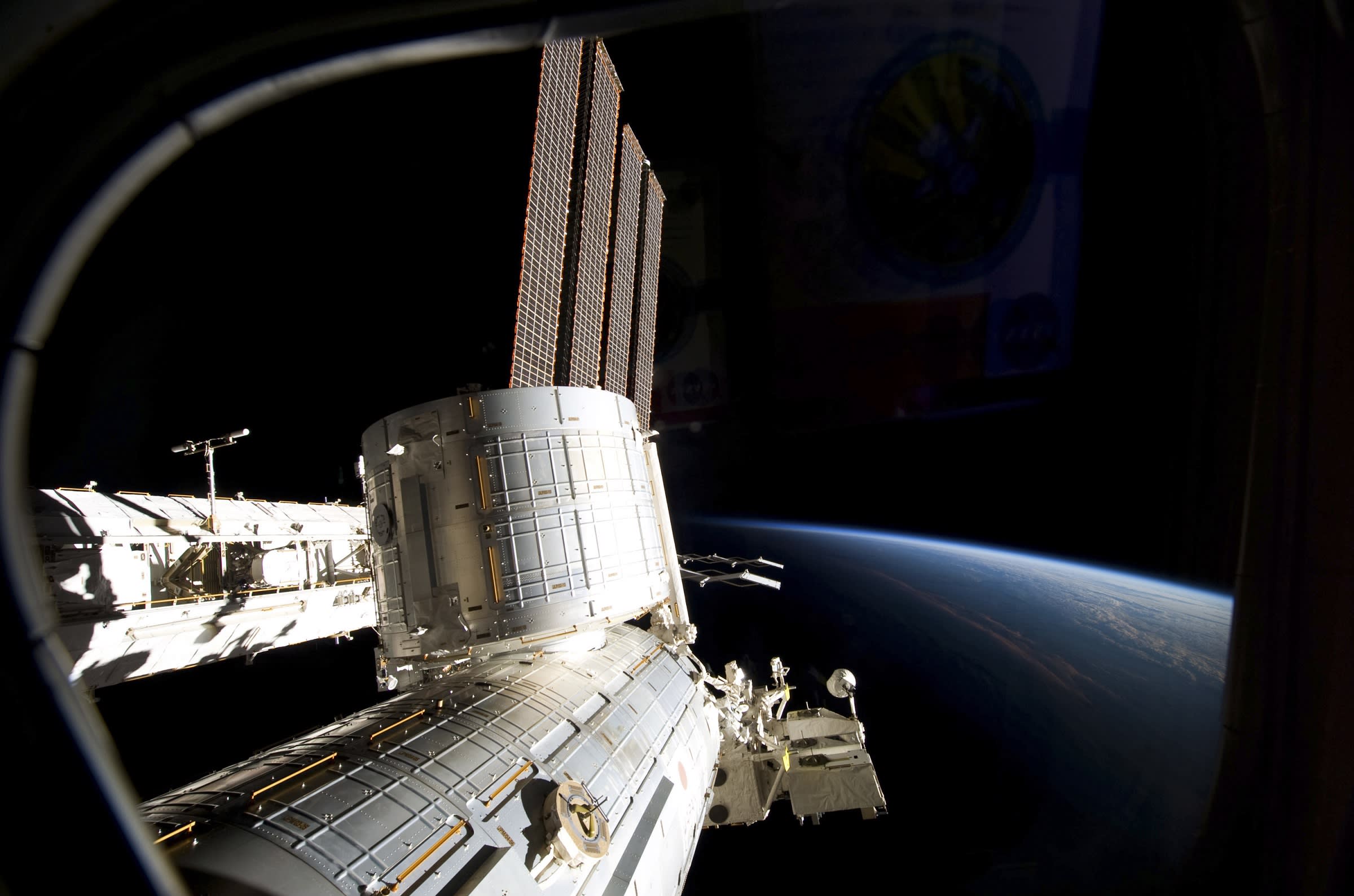 TOKYO -- Drugmakers are starting to see space as a place to make serious breakthroughs, and Japan's space agency is positioning itself as an important -- and affordable -- facilitator for the research.

Weightlessness, it turns out, helps ensure proteins behave in an orderly fashion, making it the ideal environment for studying suspected causes of diseases. PeptiDream, a Japanese startup, is working with the Japan Aerospace Exploration Agency to do just that, hoping to find a way to halt the activity of rogue proteins.

JAXA, as the agency is known, opened its lab on board the International Space Station to companies back in 2013. Nine have used the program to conduct experiments on a pilot basis, including Chugai Pharmaceutical and Taiho Pharmaceutical. So far, only one -- PeptiDream -- has cut a commercial deal with JAXA to continue studies together.

Some experiments "failed to meet [companies'] requirements" for signing a commercial contract, "such as those for quality control," explained Kunihiro Matsumoto, senior technician for the lab -- officially the Japan Experimental Module, nicknamed Kibo. JAXA is striving to better meet companies' needs -- from making it possible to set the temperature inside the lab at 4 C or 20 C, to doubling the number of rockets sent to the ISS to four a year. Generally, JAXA charges about 1.7 million yen ($15,330) to test a sample on the ground and an extra 850,000 yen to test it in space.

These prices are significantly lower than what European contractors charge.

JAXA also offers other kinds of assistance, such as refining proteins before experiments. When sample proteins are brought back to Earth, the agency takes them to a synchrotron radiation facility called SPring-8 to analyze their structures with X-rays.

On Dec. 20, Japanese astronaut Norishige Kanai launched a university-led experiment in Kibo. His job is to crystallize proteins that were sent to the ISS on a rocket developed by U.S. startup SpaceX. During his six-month stay, Kanai is expected to conduct similar experiments for companies. Among them is PeptiDream, which has developed something called a cyclic peptide, or a chain of amino acids, as a possible candidate for a new drug. The company hopes to form the peptide so that it will fit into the "dent" in the folded structure of rogue proteins, stopping them in their tracks.

To develop such peptides, one must understand the structure of the target proteins. And to do that, researchers need suitable crystals of those proteins. The crystals can be made simply by adding saltwater to a liquid solution containing the protein, but when this is done on the ground, a phenomenon called convection disrupts the process. The protein molecules do not align in order and may end up in undesirable shapes, like that of a needle. 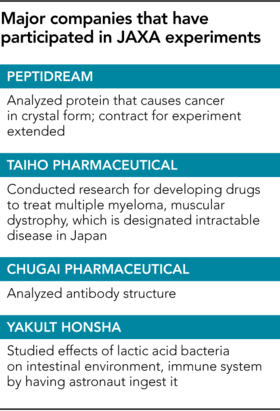 In weightless space, convection is not a problem.

In an experiment aboard the ISS that ran from February to March 2017, PeptiDream and JAXA successfully grew high-quality crystals of proteins thought to cause breast cancer. This success prompted them to renew their partnership for three years, from August 2017 to August 2020. Under the new contract, PeptiDream has increased the number of protein samples to test in space sixfold to 24. The list includes proteins responsible for a wide range of diseases -- cancer, diabetes, central nervous system problems and so on.

A number of big drugmakers could benefit from PeptiDream's relationship with JAXA. The startup, born out of the University of Tokyo in 2006, has technology to synthesize trillions of types of peptides -- the potential basis for new drugs. This has spawned partnerships with leading pharmaceutical companies such as Daiichi Sankyo and Mitsubishi Tanabe Pharma in Japan, as well as AstraZeneca of the U.K. and Merck of the U.S.

The big players pay PeptiDream for the technology. In the year to last June, the startup's sales grew 13% to 4.8 billion yen.

As part of the deal with JAXA, PeptiDream can have proteins tested on behalf of its clients.

Companies are often reluctant to give outsiders access to their research. But "to speed up development, we are willing to use whatever good tools outsiders have," PeptiDream's Masuya said.

Some of the other companies that participated in the pilot experiments are still looking at signing contracts with JAXA. As space becomes increasingly accessible, more drugmakers are likely to see it as a viable base for development.