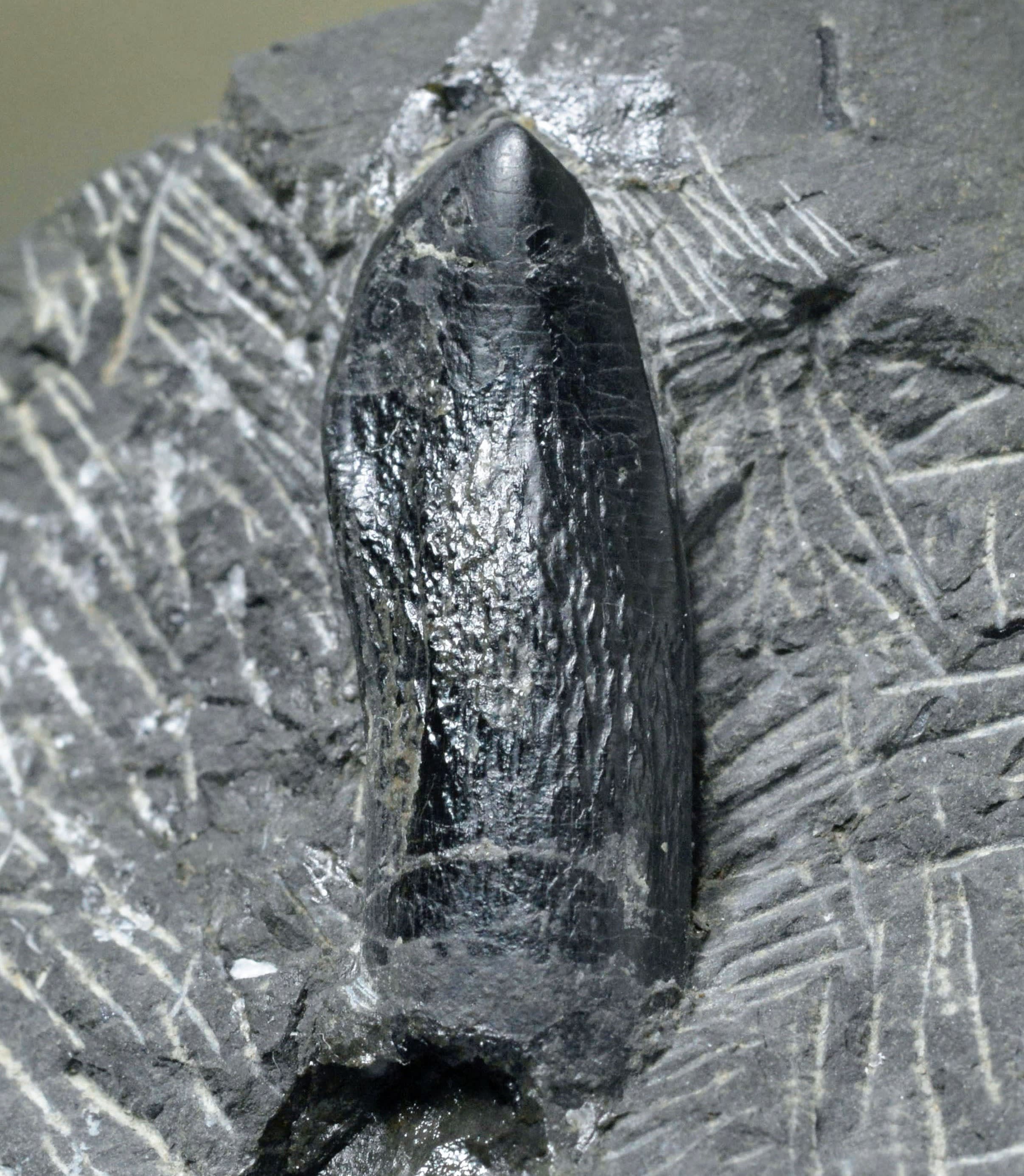 A father and son found the specimen on a weekend fossil-hunting trip. (Photo courtesy of the Tokushima Prefectural Museum)
August 10, 2016 02:00 JST | Japan
CopyCopied

TOKYO -- Amateur fossil hunters may have found one of the oldest remains in Japan of a sauropod, the gigantic, long-necked dinosaurs known to any schoolchild, paleontologists say.

The roughly 2.3cm-long fossil has been identified as a tooth belonging to one of a group of herbivorous dinosaurs dubbed Titanosaurus. The beast that used it to chew plants is estimated to have been 10 meters long.

On July 3, a local man and his 14-year-old son found the tooth in a soil layer dating to the Early Cretaceous Period some 130 million years ago. The pair were looking for fossils in the town of Katsuura in Tokushima Prefecture, southwest of Kobe.

Scientists from the Fukui Prefectural Dinosaur Museum examined the fossil and found it to be similar in size to a tooth discovered in that part of Japan, part of an incomplete skeleton that has become known as Fukuititan.

The newly discovered tooth will be on display at the Tokushima museum until Sept. 25.