Taiwan is Google's "most significant base for research and development in Asia," according to an executive.   © Reuters
CHENG TING-FANG, Nikkei staff writerMarch 21, 2018 23:52 JST | Taiwan
CopyCopied

TAIPEI -- Google pledged Wednesday to hire more than 300 professionals for the company's largest expansion in Taiwan, highlighting the island's role as an Asian research hub.

"It would be our biggest hiring ever in Taiwan," Chien Lee-feng, managing director of Google Taiwan, told reporters. "Taiwan is our most significant base for research and development in Asia."

Such an aggressive hiring plan would double the company's original team of around 300 staffers in Taiwan, a person familiar with the matter said. The headcount does not include 2,000 engineers that Google received from purchasing the smartphone design unit of Taiwanese handset maker HTC last year.

The new jobs include many positions in hardware engineering across testing, product development, semiconductor design and supply chain management. They also include openings for specialists involving data center servers.

The expansion illustrates Google parent Alphabet's continuing ambition to improve its hardware and consumer electronics such as Google Home, a voice-activated smart speaker product line that competes with the Amazon Echo. The company also ventured into building its own chips including tensor processing units for data centers and an image-processing visual core chip for its Pixel phone. 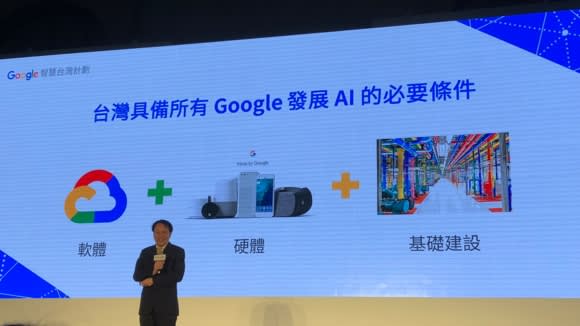 Google invested $600 million over several years beginning in 2012 to build its largest data center in Asia in the Taiwanese city of Changhua. The site is still expanding.

Despite mainland China's ban on Google's internet services including search, Gmail and YouTube, the U.S. group continues hunting talent in Beijing and Shanghai for more than 100 hardware and software positions, according to the company website. Google in December opened its first Asian artificial intelligence research lab in Beijing and vowed to attract local AI talent in the world's largest internet market.