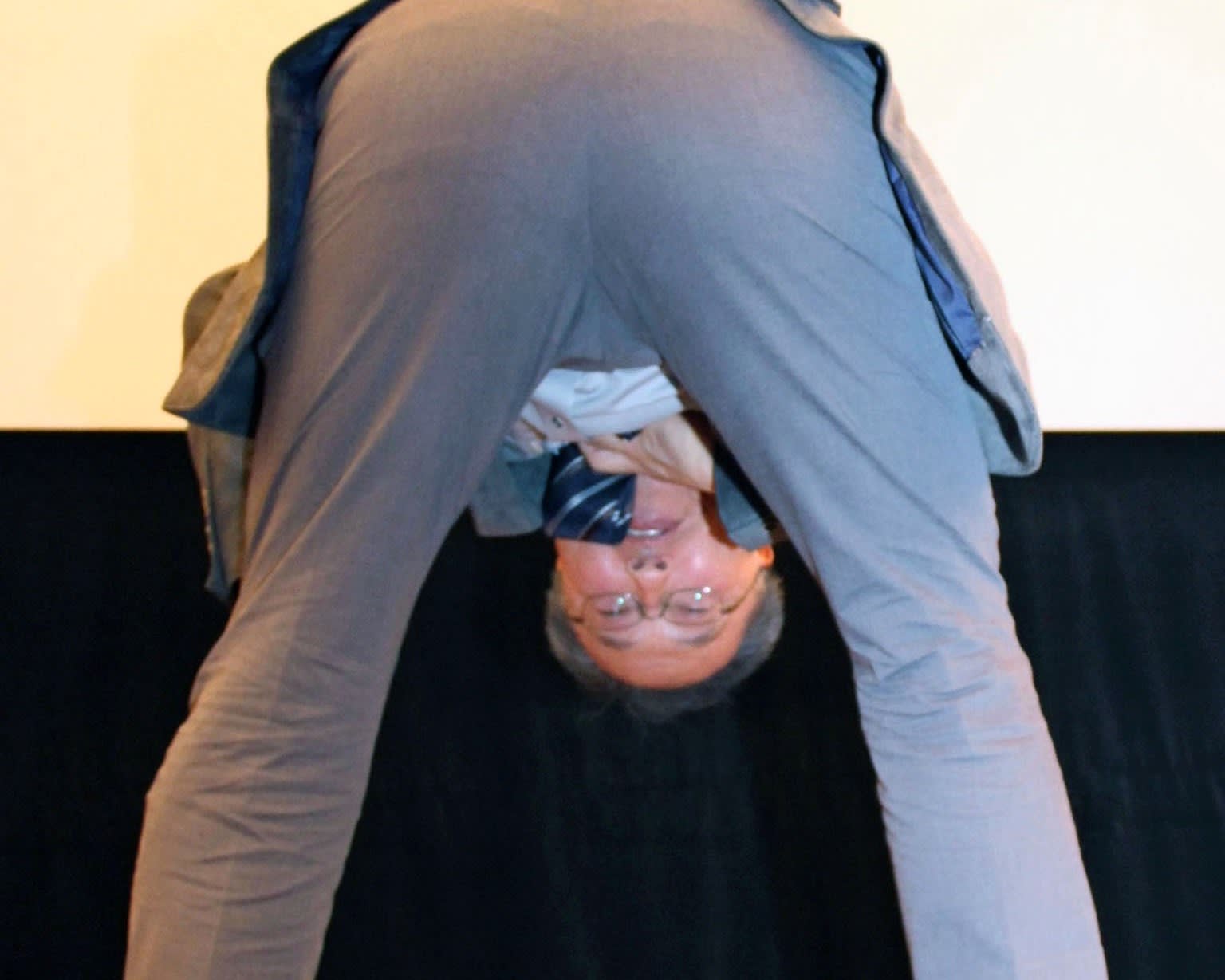 Speaking to reporters at Tokyo's Japan National Press Club on Nov. 9, Ritsumeikan University professor Atsuki Higashiyama said few people at the university have asked him about winning the prize, awarded to "achievements that make people laugh, and then think," even after the news made headlines.

"I just wish students [in my seminar] would say to themselves, 'Thank God I joined a great seminar taught by an amazing teacher!' " Higashiyama said, to the laughter of reporters.

The 65-year-old researcher of human perception and sight received the prize for his discovery that objects looked at between one's legs in a forward-bent position appear smaller than they really are.

He said he started the study after growing curious about how objects are perceived differently when the body changes its posture.

"The judges have my sincere respect," Higashiyama said, "for overcoming the apparent uselessness of my study to say it was funny."