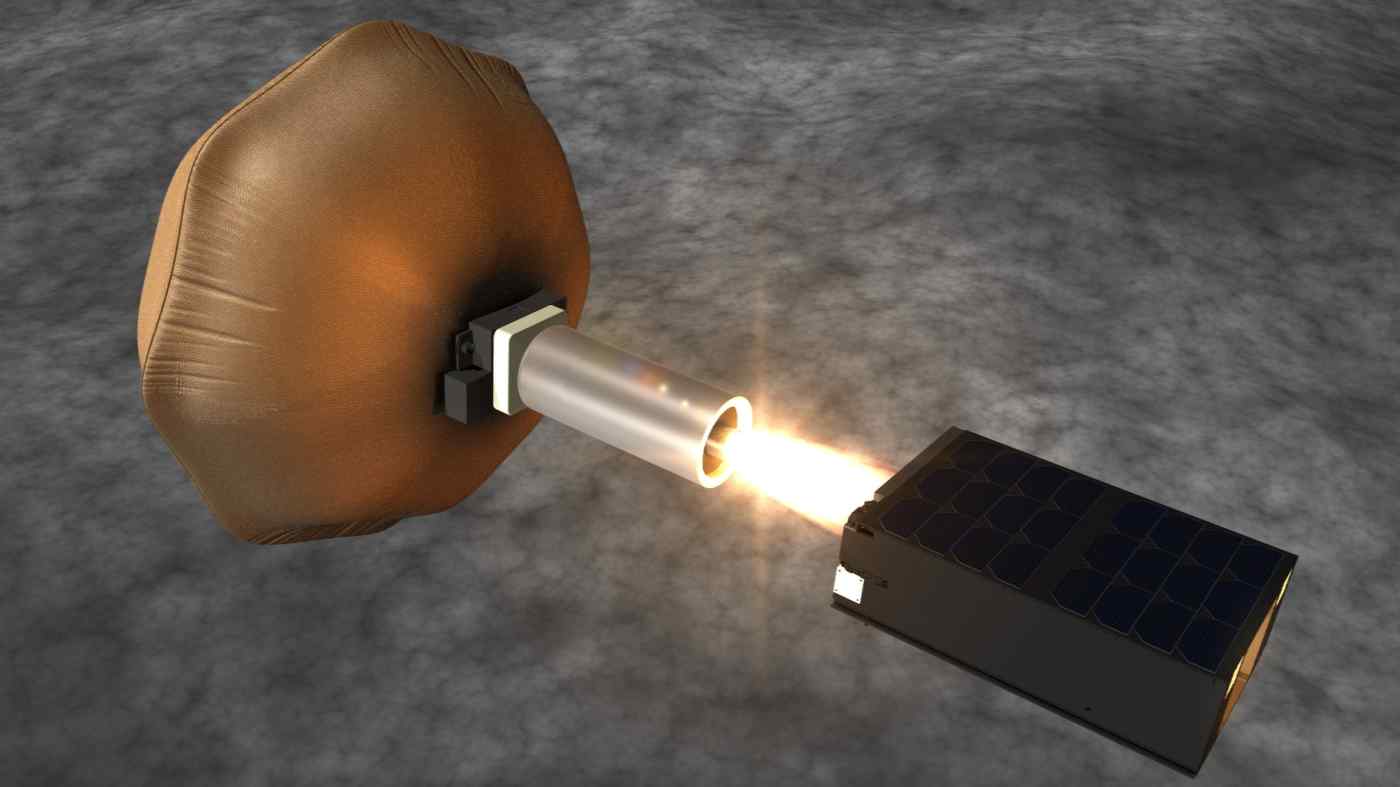 The box-shaped OMOTENASHI craft would have been the smallest probe ever to touch down on the moon. (Image courtesy of JAXA)
RYOSUKE MATSUZOE, Nikkei staff writerNovember 22, 2022 06:31 JST | Japan
CopyCopied

The Japan Aerospace Exploration Agency's spacecraft, launched Wednesday on NASA's Artemis I mission, has been plagued by communications problems since it separated from the Space Launch System rocket that night. JAXA hoped to attempt a landing as soon as Monday night if all went well, but the agency failed to restore communications in time.