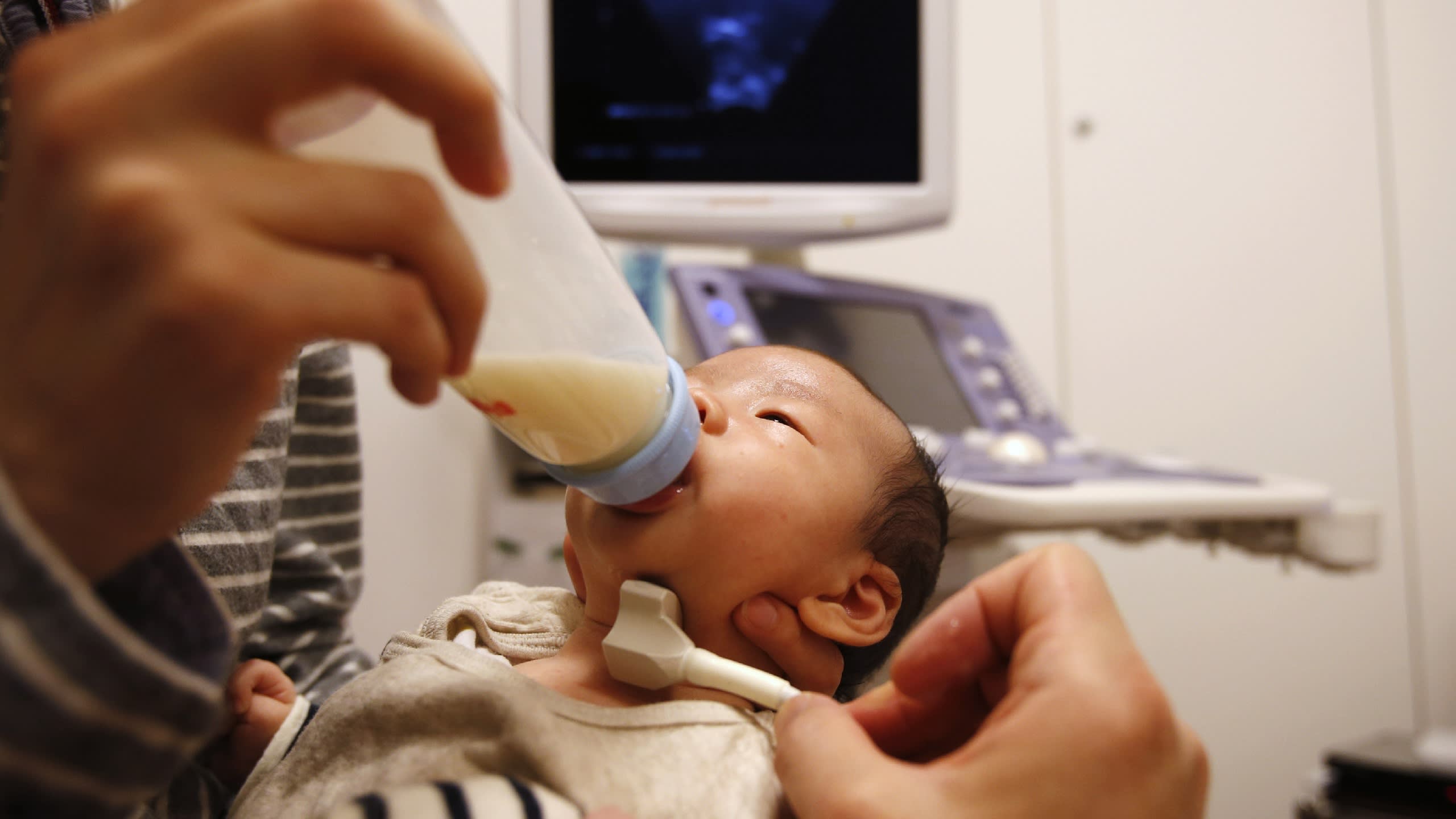 Japan will forbid using genetically altered eggs to produce babies after the uproar around a Chinese scientist who claims to have done so.   © Reuters
KENTO FUKUI, Nikkei staff writerDecember 5, 2018 07:28 JST | Japan
CopyCopied

TOKYO -- Genetic editing in fertilized human eggs can be conducted for basic research purposes but births will be forbidden, the Japanese government said in draft guidelines issued Tuesday, hoping to avoid a repeat of last month's outcry after a Chinese scientist claimed to have produced genetically altered children.

Returning altered zygotes (fertilized eggs) to human or animal wombs and inducing pregnancy and birth would be banned under the rules, endorsed by a bioethics and safety panel under the Ministry of Education, Culture, Sports, Science and Technology. The rules will restrict research to fields like infertility treatment.

The bioethics commission heard an account from a member who attended last month's Hong Kong genome editing conference, where scientist He Jiankui said the world's first genetically edited babies -- a pair of twin girls -- had been born through his research. He faced immediate criticism on safety and ethics concerns. Limiting gene editing to basic research is intended to help prevent similar scenarios.

The guidelines are expected to enter into effect as soon as April 2019, pending approval from similar expert panels under the Ministry of Health, Labor and Welfare as well as the cabinet.

Much remains unknown about how fertilized eggs develop in the beginning of a human life. Editing genomes, the basic blueprints for living things, could help shed light on the process, potentially helping improve treatment for sterility.

The zygotes used would be left over from infertility treatments, and would be disposed of after more than 14 days have passed since fertilization, not counting time spent in cold storage. Research into treating hereditary diseases and cancer will be discussed at a later date.

Research plans will be inspected at two levels -- by ethics panels at the institution or university conducting the research and by the government. The guidelines also stipulated that donors must receive appropriate explanations about the goals of the research and how the fertilized eggs will be handled.

But the rules set no penalties for violators beyond "naming and shaming." They are also geared toward researchers at universities and research firms, and do not regulate doctors at private hospitals who might use genome editing for treatment.

Worldwide research on the topic has been accelerated, thanks to advanced gene editing techniques. But the technology is not yet fully mature, and editing genes can sometimes cause unforeseen side effects to arise elsewhere.

Basic research is proceeding in a number of countries. In 2015, China began studying using the technology to help treat hereditary blood disorders. U.S. researchers have been able to successfully replicate tests to alter genes linked to genetic heart conditions. Being able to remove genes at the zygote stage would help make such treatments more effective.

Both research efforts have stopped at the stage of determining whether the methods can be applied to treatment, with the returning of edited zygotes to mothers forbidden under national guidelines.