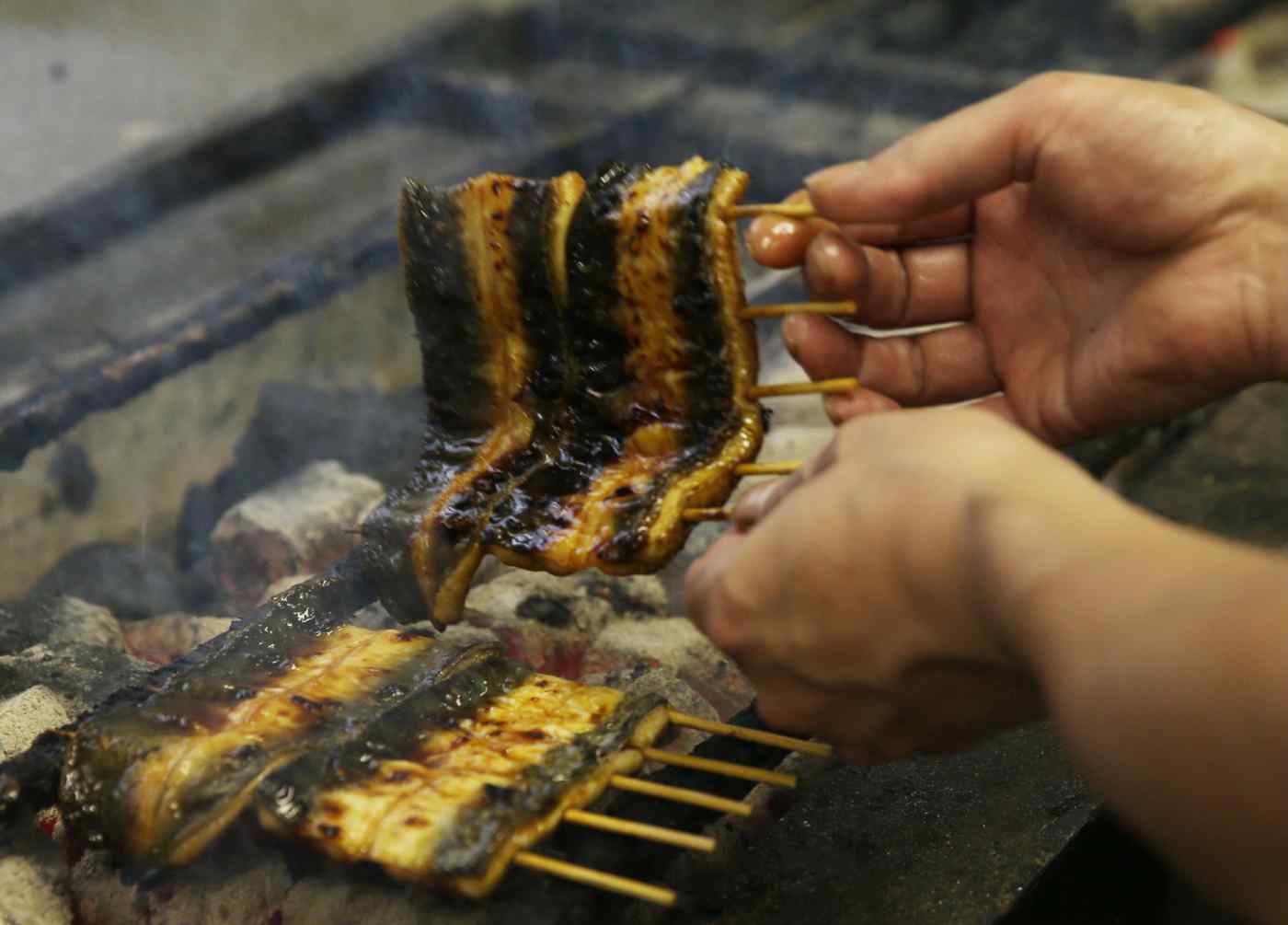 TOKYO -- On Saturday, if they haven't already, the eel-loving Japanese will find the price of their traditional summer delicacy has gone up yet again. Fact is, Japanese eels, the country's favorite kind, are becoming scarce.

Eel prices have been rising at Tokyo supermarkets and department stores ahead of the Day of the Ox, which falls on July 30 this year. Seiyu, the Japanese unit of U.S.-based Wal-Mart Stores, has raised the price of kabayaki -- broiled eel dipped in a sweet sauce -- made with eel from the southern Japanese prefecture of Kagoshima by 7% from a year ago, to 1,696 yen (a little more than $16). With kabayaki becoming more expensive, consumers are buying less. Yet supermarket operators expect customers to loosen their purse strings for the special occasion -- eating eel on the Day of the Ox is believed to give you the strength to survive the summer heat.

In 2014, the International Union for Conservation of Nature, comprised of scientists from around the world, added the Japanese eel to its list of endangered species. Following the decision, signatories to the Washington Convention, formally the Convention on International Trade in Endangered Species of Wild Fauna and Flora, were to discuss possible trade restrictions on the fish at its next meeting, this fall. But a "desperate Japan successfully stopped trade restrictions from being added to the agenda," said Shingo Ota, a councilor at Japan's Fisheries Agency.

Critics say more needs to be done to protect the species. And experts are warning of depleted eel populations. "Japanese people eat too much eel," a participant said during a symposium at the University of Tokyo this month. "Japan should abolish the eel-eating tradition on the Day of the Ox," another said.

Torami Murakami, chairman of the All Japan Association for Sustainable Eel Aquaculture Incorporated, an eel farmers' network, described the decision not to discuss trade restrictions as "a suspended sentence."

According to the Fisheries Agency, Japan's eel supplies, both imported and domestically produced, fell to 51,139 tons in 2015. That is about a third of what supplies were at their peak, around 2000. The decline is said to be due to the overfishing of young eels to meet Japan's huge demand.

As a result, eel stocks have dropped precipitously.

So far, the primary effort to conserve eel stocks has consisted of voluntary restrictions agreed to by the major eel-consuming and -farming countries of Japan, China and South Korea as well as Taiwan. The restrictions, put in place in 2014, limit the volume of young eels that can be put into farm ponds so as to prevent overfishing of young eels. Japan is expected to mass-produce Japanese eels, now on the country's endangered species list, by 2025, according to a government science and technology survey.

This nonbinding gentlemen's agreement has come in for criticism. Conservationists argue that a legally binding treaty is necessary to win over European countries keen on conserving eel stocks.

Talks on such a pact have yet to produce results.

One reason is strong opposition from Chinese and Taiwanese eel farmers. Existing restrictions are forcing them to operate farming ponds at around 80% capacity. Tighter restrictions would push some famers out of business. Also, some argue political issues are keeping China and Taiwan from sitting at the same negotiating table. 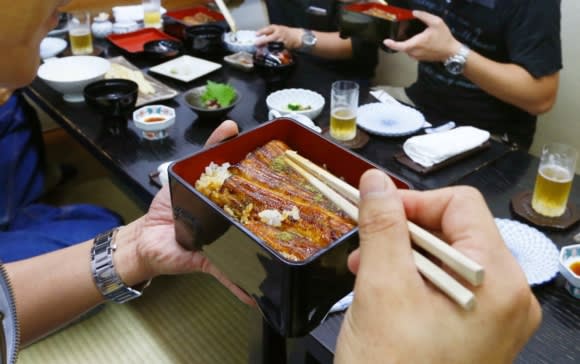 Traditional Japanese eel dishes served at specialized restaurants could become even more of an expensive delicacy.

Taiwan, among other parties, has been trying to help conserve eel stocks by limiting its own exports of young eels. But smuggling remains a problem. Baby Japanese eels are believed to be shipped to Japan by way of Hong Kong. "Domestically produced young Japanese eels are too expensive," said an eel farmer in Japan. "We need young eels from Taiwan."

European eels, which have been regulated under the Washington Convention since 2009, are also smuggled into Japan through Hong Kong. Most European eels cultivated in China are believed to be shipped to Japan. According to an industry watchdog group for wild animals, five unlawful eel exporters shipping young eels to China were exposed in Hong Kong earlier this year. Over 300kg of the fish were seized.

Japan has its own issues. It currently bans eel fishing during the fall and winter, when the fish migrate to the sea to breed. But the ban, considered highly effective in conserving eel stocks, has been poorly implemented; it is only enforced in some places, like Kagoshima.

Research is underway to establish technology so eels can be completely farmed from the egg stage. But it will be a while before the technology becomes commercially available.

In another effort, eel-like catfish have been developed, and kabayaki made with them is sold at some supermarkets in Japan, although only about a dozen tons are available this summer.

"If nothing is done, we will eat them up," said Masahiko Ariji, a professor at Kindai University who developed the fake eel.

Should Japan and other eel-loving societies fail to come up with a viable solution, the Washington Convention in three years could step in to slap trade restrictions on the Japanese eel.