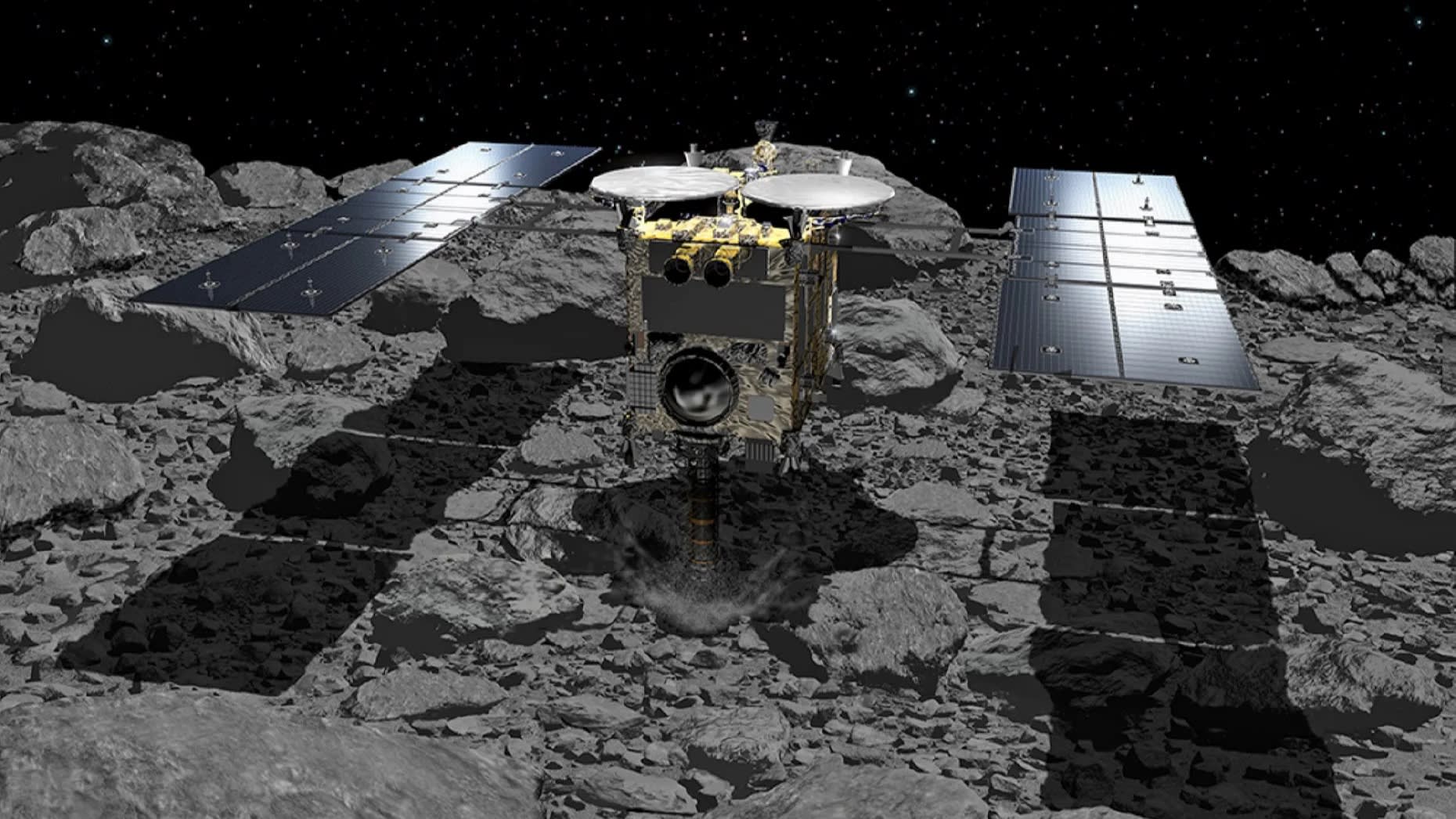 An image of the Hayabusa2 probe on the surface of the asteroid Ryugu. (Image courtesy of JAXA)
Nikkei staff writersJuly 11, 2019 15:33 JST | Japan
CopyCopied

The touch down took place about 240 million kilometers away from Earth, and is the space probe's second landing after one in February.

The vehicle aims to collect subsurface rocks and sediment near a crater that were thrown up when it created in April by blasting a metal projectile into the asteroid's surface.

The success of the mission up to this point has been a triumph for Japan's space program and a demonstration of its technical expertise. It will be the first time subsurface samples will have been taken from an asteroid.

The craft started its final descent on Thursday morning. Communicating with the control team is difficult, so the final stages are almost completely automated. 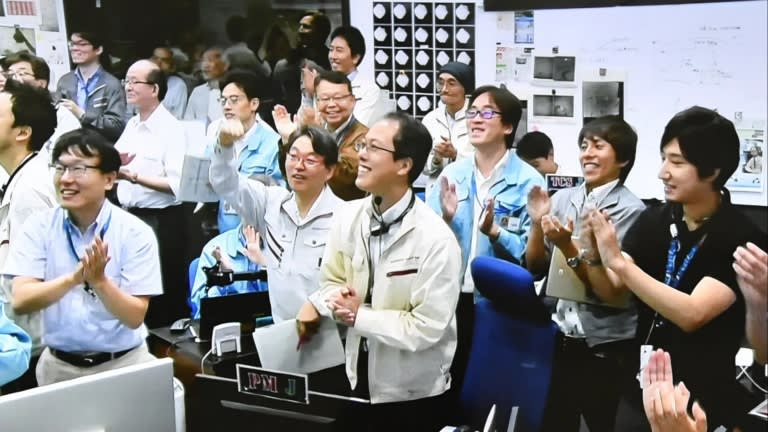 The Hayabusa2 control room bursts into applause at confirmation of the successful landing. (Photo by Arisa Moriyama)

The mission is to find clues to fundamental questions about the formation of the solar system, and the origins of life on Earth. Solar winds have weathered and worn away the asteroid's surface, but scientists believe the subsurface materials could act as a time capsule from the solar system's formation 4.6 billion years ago.