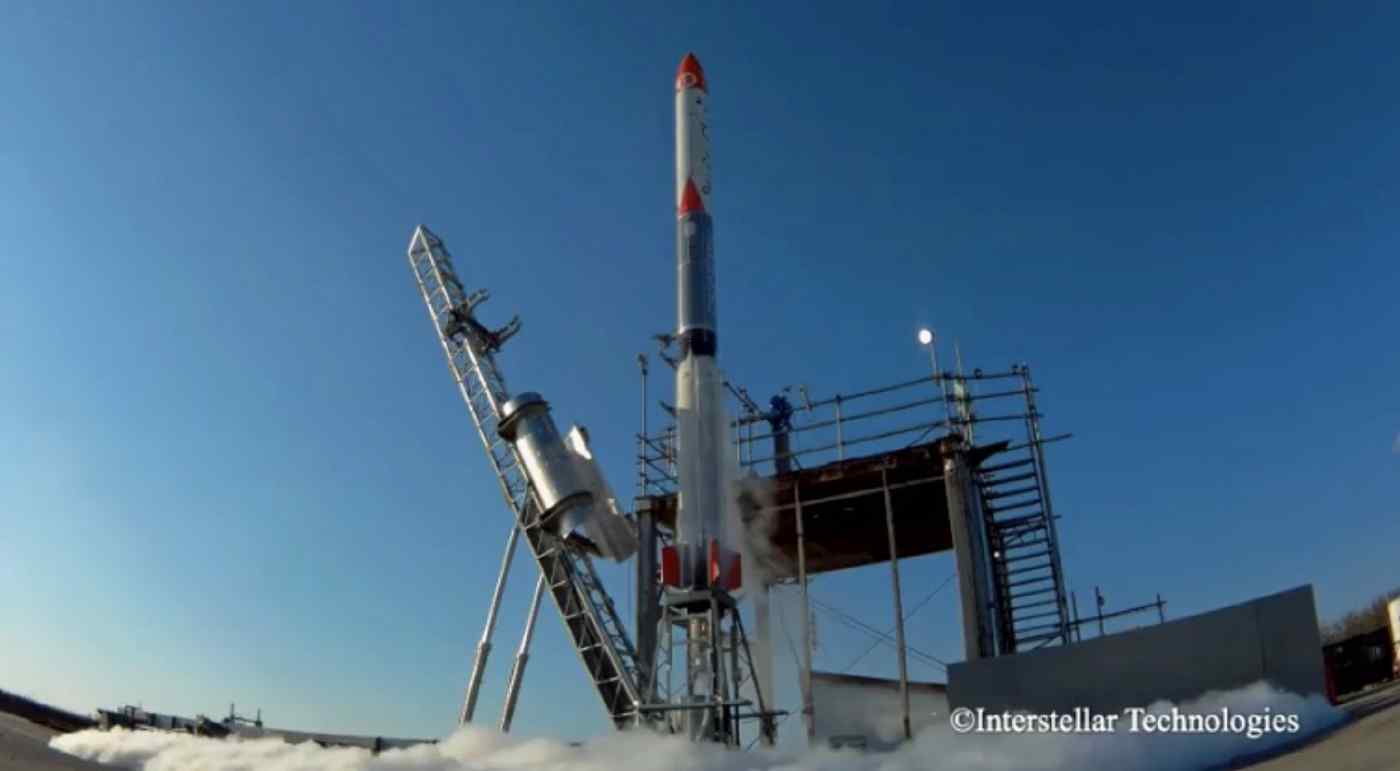 The rocket, an unmanned Momo-3, was launched at about 5:45 a.m. in Hokkaido. The 10-meter, one-ton suborbital rocket reached space at an altitude of 113 km in four minutes before falling into the Pacific Ocean as planned. The craft carried a 20 kg payload that included a device to measure gravitational forces.