Japanese probe lands on asteroid in search for life's beginning 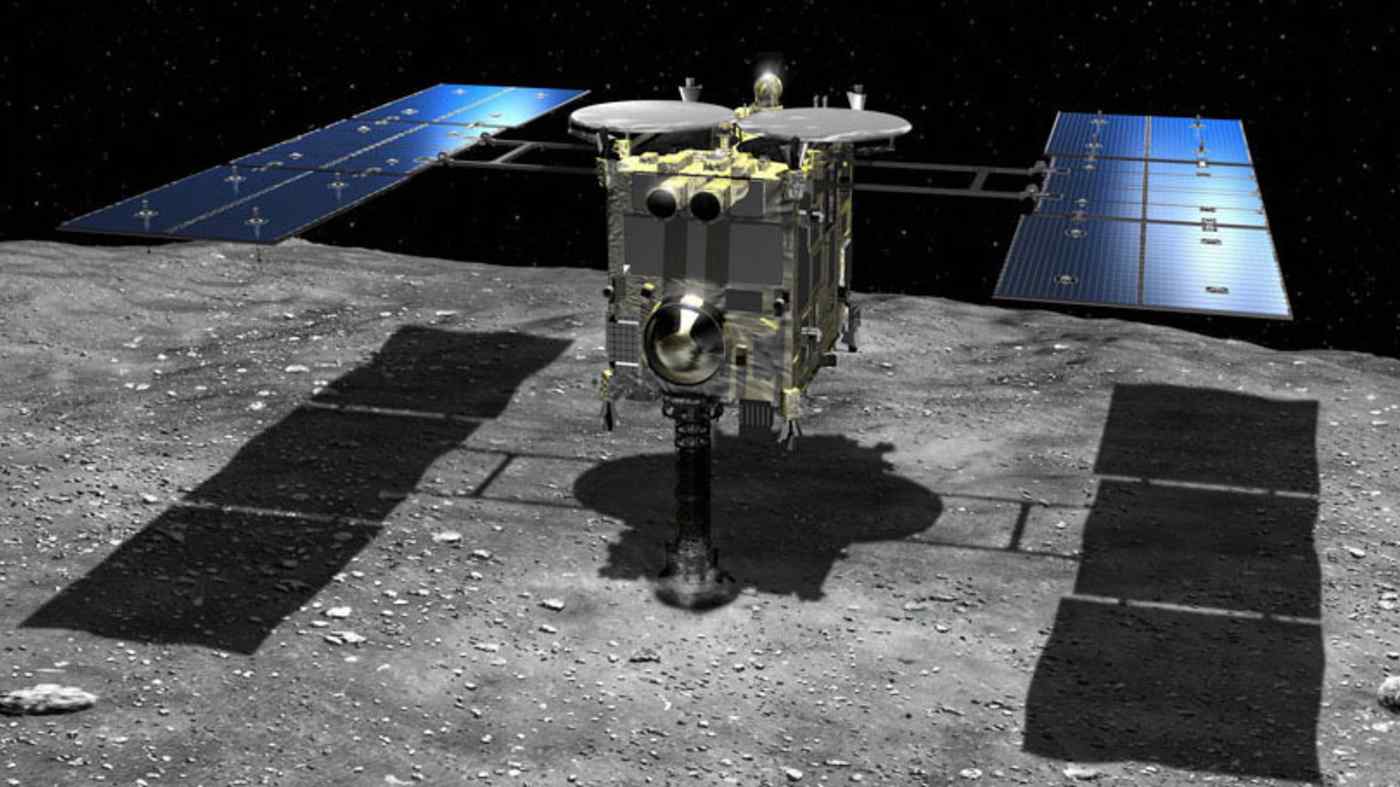 TOKYO -- The Japan Aerospace Exploration Agency said Friday that its Hayabusa2 probe had successfully touched down on the Ryugu asteroid, a delicate operation about 300 million kilometers from Earth.

Hayabusa2 aimed for a patch with a 3-meter radius near the equator on the rocky surface of the asteroid, which has a diameter of 900 meters. Navigating to the landing spot was tricky, in part because Hayabusa2's solar panels stretch to 6 meters wide.

The probe is believed to have begun its return to its standby position 20 km above the asteroid following a brief landing. The operation involved a cylindrical device digging into the surface of the asteroid to pick up rocks and soil.

So far, the data indicates that samples have been collected successfully, but JAXA has stressed that this can only be confirmed once the probe returns to Earth.

If all goes to plan, the craft will make a second attempt to land on the asteroid in the summer, before completing its return journey by the end of 2020.

Ryugu is thought to be carrying traces of the solar system's formation 4.6 billion years ago. It and other asteroids contain organic substances and moisture. Examining these materials is expected to help scientists understand more about the origins of the solar system and life itself.

NASA has similar goals with its OSIRIS-REx mission. The spacecraft is currently orbiting asteroid Bennu and is scheduled to collect samples from the body during 2020, before returning to Earth in 2023. American and Japanese scientists plan to collaborate by exchanging samples from the two asteroids.