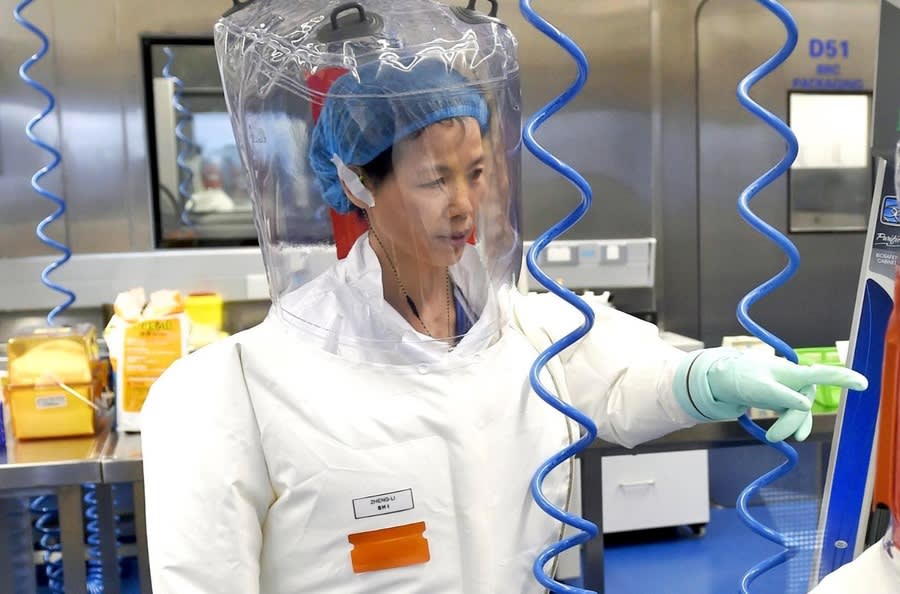 Shi Zhengli heads the center for emerging infectious diseases at China's Wuhan Institute of Virology, which has been at the center of speculation about the coronavirus.   © Kyodo
SHUNSUKE TABETA, Nikkei staff writer, and JUNICHI TAKI, Nikkei senior staff writerMay 21, 2020 05:16 JST | China
CopyCopied

BEIJING/TOKYO -- Early this month, as top U.S. officials suggested that the novel coronavirus could have leaked from a laboratory in Wuhan, China, reports surfaced in Western media that a leading researcher at the institute had fled to France with her family and 1,000 pages of confidential research.

Shi Zhengli, director of the center for emerging infectious diseases at the Wuhan Institute of Virology, quickly denied the rumors of her defection in a WeChat post, saying she would never betray her country, according to Chinese media.

Shi, nicknamed "bat woman" for her work on bat-borne viruses including SARS, had called the new pathogen a "punishment from nature" in a WeChat post from early February, adding that "I swear on my life that it has nothing to do with" her lab.

But despite being one of the people most likely to know the truth about its origin, she has publicly said little about the matter even as Washington and Beijing trade barbs and blame over the pandemic.

Born in 1964, Shi studied hereditary biology at Wuhan University, then joined the Wuhan Institute of Virology, which is administered by the state-controlled Chinese Academy of Sciences, the country's top research institution. She received a Ph.D. in virology from France's University of Montpellier 2, famed for its centuries-old medical school, before returning to the Wuhan facility.

Shi rose to prominence for her work tracking down the origin of the coronavirus behind the severe acute respiratory syndrome, or SARS, outbreak of 2002 and 2003. She and her team searched caves around the country, collecting and testing samples from wild bats and eventually identifying them as the source of the pathogen. A paper on this discovery published in the journal Nature in 2013 earned Shi the "bat woman" moniker. The Wuhan Institute of Virology sits just 30 km from the location associated with the first confirmed COVID-19 cases.   © Kyodo

A 2015 paper in Nature Medicine co-authored by Shi and Ralph Baric, a leading expert on coronaviruses at the University of North Carolina in the U.S., foreshadowed the COVID-19 pandemic. It described a SARS-like virus in bats that had the potential to jump directly to humans and resisted treatments used against SARS.

This past January, the government of Hubei Prefecture, of which Wuhan is the capital, ordered Shi's team to look into the novel coronavirus behind COVID-19. The researchers announced in early February that the virus probably originated in bats.

But U.S. President Donald Trump and Secretary of State Mike Pompeo have pushed the idea that the virus came from the Wuhan lab. The institute is a biosafety level 4 facility, qualifying it to handle the most dangerous pathogens, and sits just 30 km away from the wet market associated with the first confirmed cases.

In a 2018 diplomatic cable obtained by The Washington Post, U.S. officials who visited the institute warned of a "serious shortage of appropriately trained technicians and investigators needed to safely operate this high-containment laboratory." Pompeo has called for China to allow international inspectors into the facility.

Few experts believe the virus was intentionally released from the lab. Jonna Mazet -- an epidemiology professor at the University of California, Davis, who worked with Shi for years -- has told U.S. media that Shi is "is absolutely positive that she had never identified this virus prior to the outbreak happening." Yet Shi herself has remained silent.

Neither Washington nor Beijing looks likely to let the matter go.

Trump sees China-bashing as a winning strategy for the November presidential election. Chinese President Xi Jinping's government has called Pompeo a "common enemy of humanity" while tightening its grip on the flow of information at home. Beijing will not allow scientists to speak freely about the coronavirus, a source familiar with the situation said.

But transparency about the nature of the virus will be essential to overcoming this crisis.