Studies suggest it will be possible to grow human parts inside, perhaps, a pig 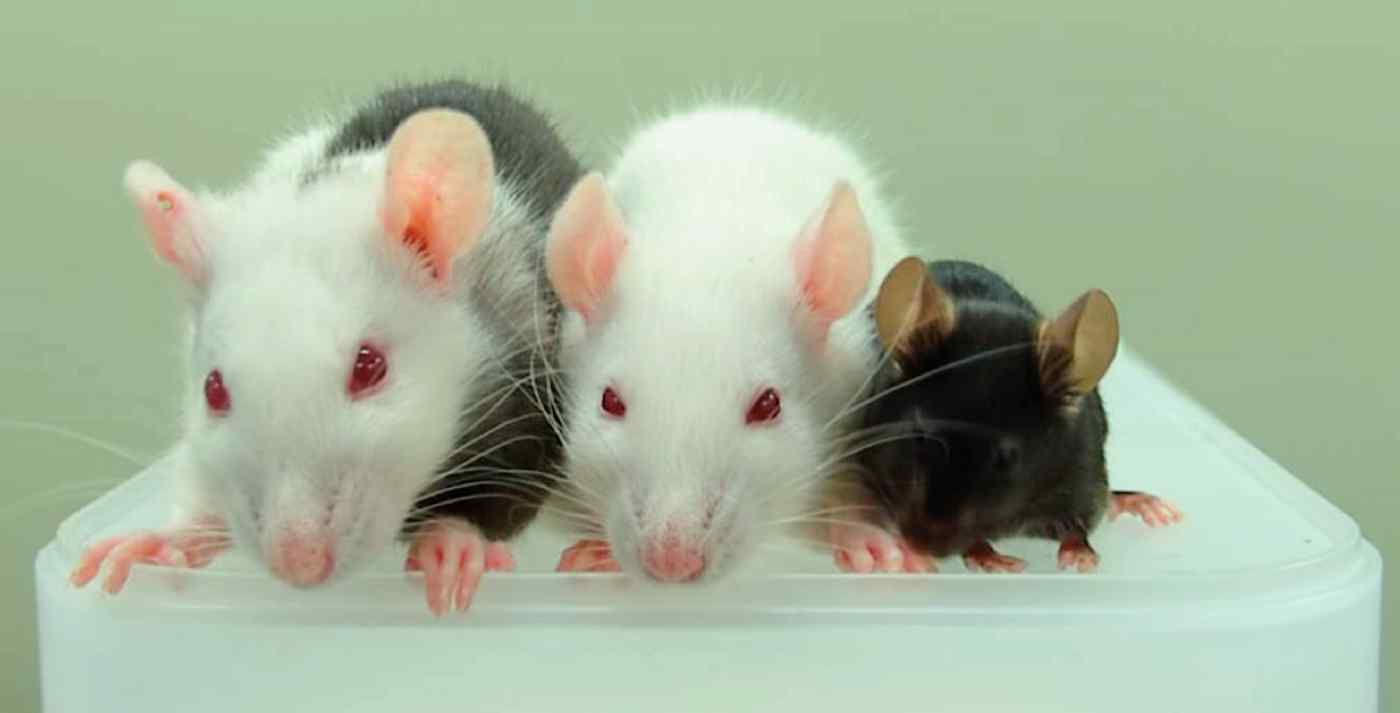 TOKYO The humble hog may be destined for a critical role in regenerative medicine -- provided researchers can work around a number of technological challenges and ethical qualms.

In January, a research team including members from the University of Tokyo cured a mouse of diabetes by transplanting a pancreas produced by a different type of mouse. The case gave rise to the possibility of creating "organ factories."

Something has to be done about the chronic shortage of organs on the front lines of health care. As of the end of last year, more than 14,000 registrants with the Japan Organ Transplant Network were hoping to get a kidney, heart or other organ. The actual number of transplants for the year came to just 340.

Organ factories might be the answer. These would not be factories at all but animals -- probably pigs -- used to grow vital human body parts.

The discovery of induced pluripotent stem, or iPS, cells has triggered a flurry of research into producing cells for everything from hearts to livers. The key feature of iPS cells is that they have the ability to grow into any other kind of cell. Researchers from Riken, a Japanese government-affiliated research institute, and other institutions have already brought iPS cell-based treatments for intractable retinal disease to the clinical trial stage.

But current technology does not allow for the creation of entire organs in a test tube. The dilemma is how to recreate the complicated choreography of human body development: Organ growth depends on various types of cells interacting in complex ways.

This is where the critters come in. Researchers think it will be possible to piggyback on the process by which animals develop from fertilized eggs.

THE PROCESS It could work like this. First, a pig embryo would be genetically engineered so that it cannot grow a specific organ -- say, a pancreas. Human iPS cells would be injected into the embryo, which would then be placed in the uterus of a surrogate sow. Voila: A pig would be born with a pancreas made exclusively of human cells.

The glandular organ could then be transplanted into a human patient. 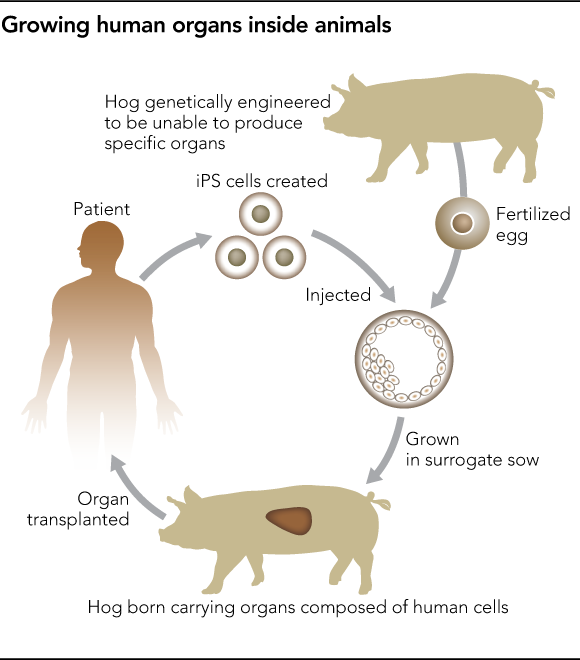 The pig-human hybrids produced this way would be "chimeras" -- basically, organisms that contain cells from two different species. Pigs are seen as the most promising animal because, despite a shorter gestation period, their organs are similar in size to ours.

Experiments have offered glimpses of the possibilities.

A team led by Hiromitsu Nakauchi, a professor at both the University of Tokyo and Stanford University in the U.S., in 2010 succeeded in producing a mouse containing the pancreas of a rat. Research announced this year flipped the rodent cousins around: A rat with a mouse pancreas was produced, and the organ was then used to treat diabetes in a mouse.

Rats and mice, of course, are closely related. The relationship between pigs and humans is far more distant, raising the question: Will this whole idea work?

A study announced in January by the Salk Institute for Biological Studies in California brought scientists closer to an answer.

Researchers there inserted human iPS cells into a fertilized pig embryo and let it grow for three to four weeks. In part of the fertilized egg, the human cells developed with the pig cells, resulting in a clump known as a triploblastic embryo -- the basis of nerve, muscle and organ cells.

The ratio of human cells was still less than 1%. "In the future, we'll need to increase the efficiency of growing human and pig cells together," said Daiji Okamura, a lecturer at Osaka's Kindai University and a member of the team at the Salk Institute. Since the development of chimeras is still shrouded in mystery, that will be "quite difficult," he said.

THE CONCERNS Clearing technological hurdles is only half the battle. Ethical questions abound, and regulations differ from country to country.

Japan's law on cloning technology, introduced in 2001, restricts the period during which human cells can be cultivated in an animal's fertilized egg. Implanting such an egg into an animal's uterus is prohibited.

These rules are in place to ensure that chimeras are not born -- meaning projects like the one at the Salk Institute are out of bounds, at least for now.

"Because Japan was out in front of the rest of the world in creating these regulations, they are stricter than those abroad," said Ayako Kamisato, an associate professor at the University of Tokyo and an expert on bioethics.

Researchers in the U.K., meanwhile, generally have similar leeway to their counterparts in the U.S.

There is talk of cutting some of the red tape in Japan. The government's Council for Science, Technology and Innovation in 2013 began revising guidelines in a way that would enable such research. But there is still a hot debate over how far scientists should be allowed to go. This is why a reform proposal has yet to be hammered out.

This avenue of research raises the possibility, however slim, of engineering animals with human-esque intellect. It also brings up the question of whether it is morally right to sacrifice animals to turn out human organs. In the end, would there be a difference between organ factory swine and livestock raised for slaughter?